When Amanda Holden, Gemma Collins, Danielle Lloyd and frankly many other ex-reality stars will do anything desperate to  cling on to any chance to get some publicity and none of which have amazing grace. Aretha Franklin on the other hand was a different story altogether because unlike the aforementioned names who think their presence alone is a skill, Franklin was supremely talented with a voice, that when it was at its peak, was electrifying.  In January 1972 she came to New Bethel Baptist Church LA essentially going back to her  gospel roots where she recorded and a live album in front of a church congregation / audience. 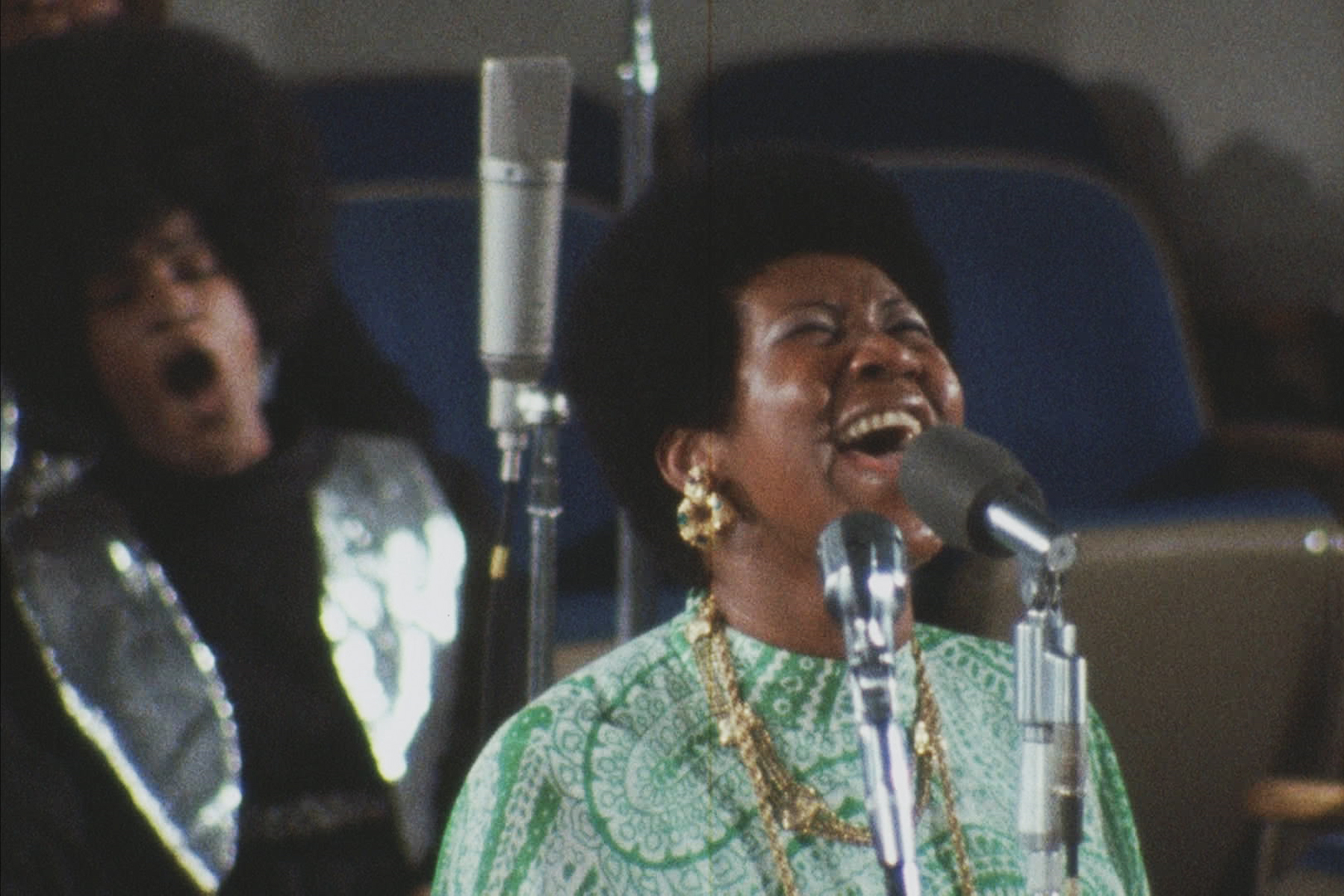 At the same time director Sydney Pollack was filming a documentary of the two day recording. Now this was before he had gone to feature film success with films like Tootsie, Out Of Africa & The Firm and the 20 hours of footage he shot was without experience or knowledge of shooting live music. Unfortunately what he and his crew shot proved, at the time, impossible to synchronize so whilst the album came out a few months after, the documentary of the concert has been left on the shelf for decades and the studio wrote it off. Pollack was unable to finish the project due to his burgeoning career and he died in 2008 after handing over the project to Alan Elliot who has managed to put together a stunning 90 minutes of Aretha belting them out. 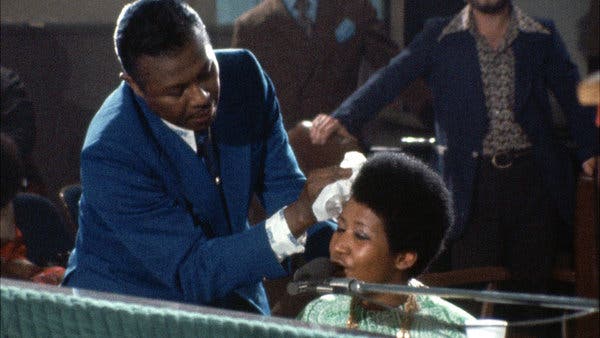 With the gospel choir in spangly silver waistcoats parading into the church singing, it’s Aretha who follows them and is introduced by the gospel preacher and Amazing Grace reminds everyone just why she was the first lady of soul. Unlike modern day self proclaimed divas there’s no ego on display here just her sheer joy of singing. It’s an absolute powerhouse of a voice as she puts her all into it and she’s soon glistening with sweat as she focuses on the songs. Some of the performances are just astonishing an her voice is electrifying sweeping you up in  a wall of sound that knocks you out that and has the same effect on the audience and choir jumping out of their seats and at times almost in a trance as they jive to the singing. It’s telling of the high regard she was held when you catch glimpses of Mick Jagger tucked away at the back in admiration. There’s a moment where her father, himself a pastor, arrives and says a few words before he sits back and she sings for him and there’s a feeling of intimacy as she’s now singing only for her rightly proud father.

There’s only a few duff songs with perhaps her rendition of Amazing Grace being a little too indulgent as she flits up and down several octaves and the song slowed down almost interminably as each word is drawn out but the rest are an astonishing virtuoso display.

With Pollack and his crew fitting around Aretha, the choir and the audience there are too many close ups and it would have benefited from more wide shots in what is a straight forward coverage of the concert with the only cinematic flourish being a concession to split screen later in the film. But taken as a record of her voice at its peak Amazing Grace is utterly joyous and inspirational and you just don’t want it to end.