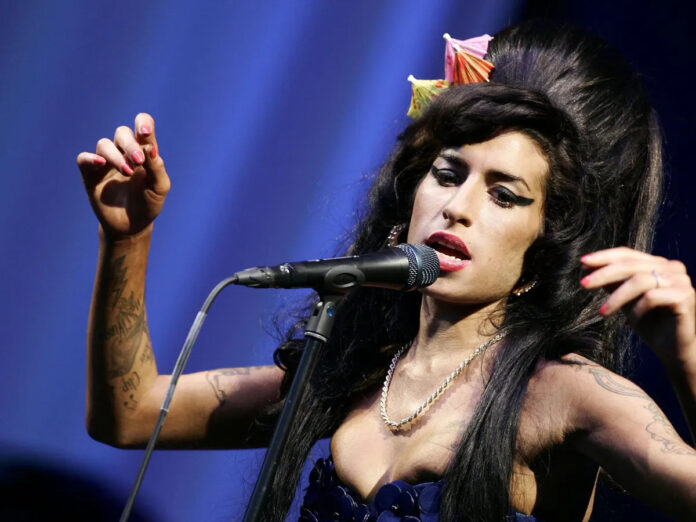 It’s been over ten years since singer songwriter Amy Winehouse passed away in 2011 aged only 27 years of age and like so many deceased singer who have had recent films of their lives released (‘Elvis’ – see the Baz Luhrmann introduce the stars at the premiere HERE,  Aretha Franklin biopic ‘Respect’) it looks like we will now be getting a Amy Winehouse biopic.

Tentatively titled, ‘Back to Black’ the film will be directed by Sam Taylor-Johnson who helmed bondage filth fest, ‘Fifty Shades of Grey’. Written by Matt Greenhalgh who also wrote the Joy Division frontman Ian Curtis biopic, ‘Control’ this Amy Winehouse biopic will look at the North London jazz singer who career took off with the in retrospect ironically titled single, ‘Rehab’ followed by the Grammy award winning Back to Black album.

her well publicised battle with drink and drugs was shown in the documentary Amy that was showered with accolades eventually winning a Oscar for Best Documentary and a film has been in the offing for years with Noomi Rapace (see her chat about her film HERE) at one point rumoured to play the singer but hat particular film never got off the ground. Casting for the title role has yet to be announced but is expected to be imminent and the film , unlike the Bowie biopic ‘Stardust’, will be made withamy winehosue bipoc the full support of the late singers estate,