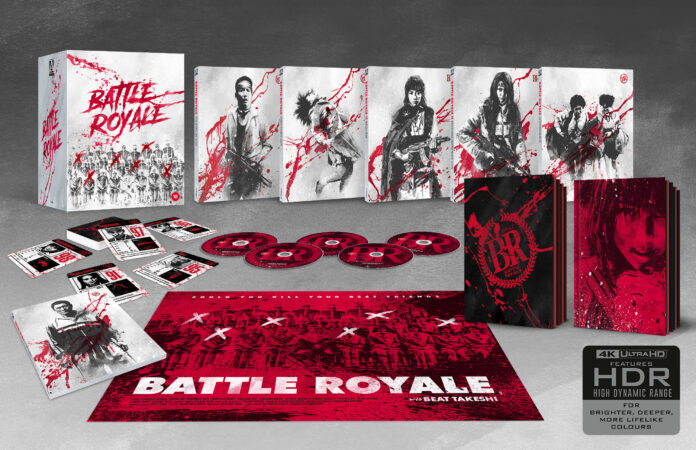 So the influence of old films is often unjustly overlooked yet whilst many of them are well known there are several which long forgotten. One such film is 1932’s ‘The Most Dangerous Game’ a brilliant genre film where a mad hunter lures people onto his island in order to hunt them down. It’s premise has been revisited a number of times over the decades taking in ‘The Hunger Games’ franchise and most recently the controversial  ‘The Hunt’. Battle Royale was one such movie that used the concept and moved it to a dystopian Japanese future. 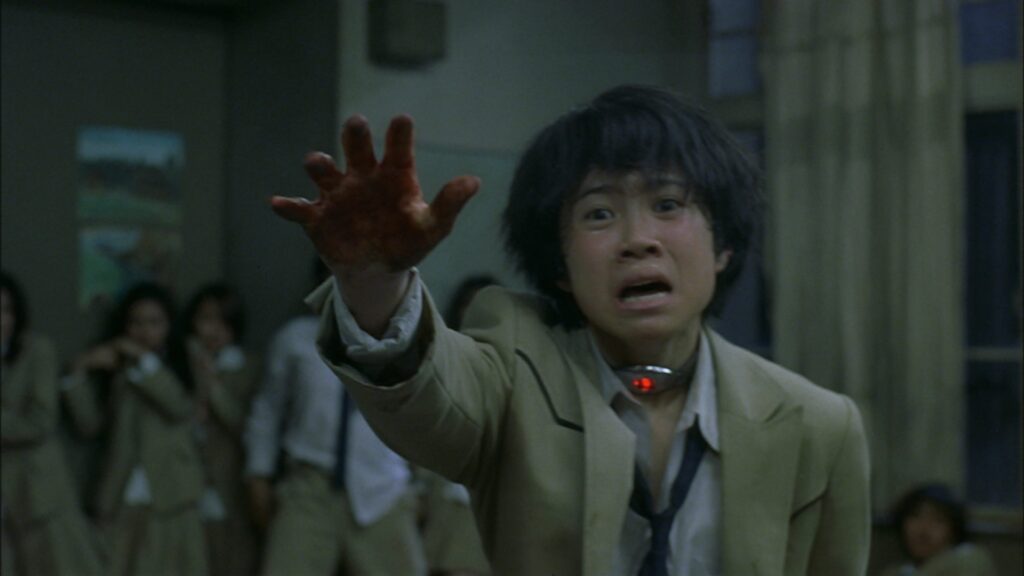 It was the last film to be directed by veteran yakuza director Kinji Fukasaku and took the concept to brutal extremes. Adapted from the controversial novel by Koushun Takami the film had a Japanese government capturing a class of ninth grade students forcing them to kill each other under the ‘Battle Royale’ act. Some of the students embrace the no holds barred ‘game’ seeing it as a good way to carry out their own personal petty vendettas against classmates whilst others endeavour to find a way off the island. So as you can imagine with forty two students there was plenty of leeway for dispatching them in spectacularly gruesome on screen deaths. 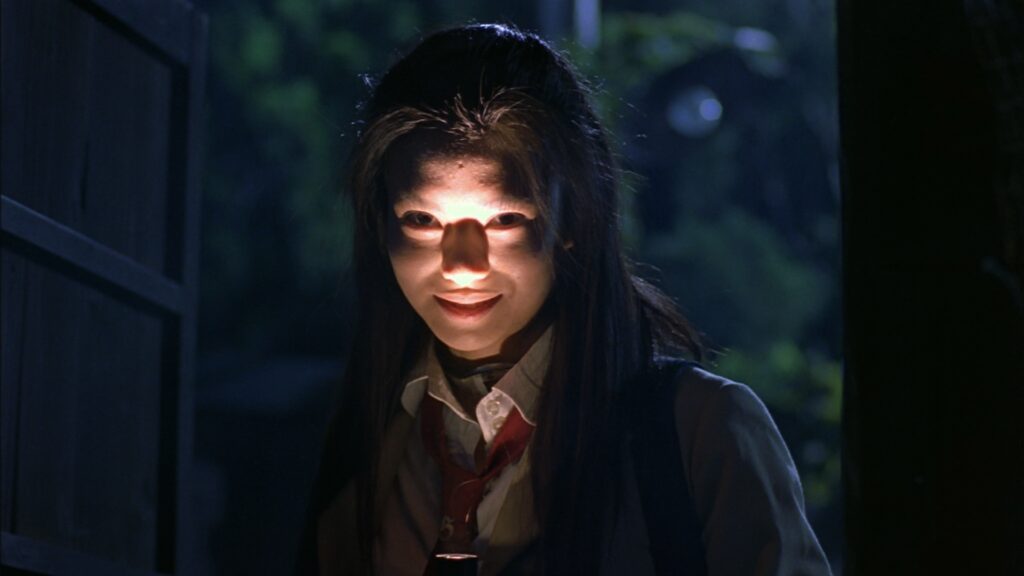 It was of little surprise that the film attracted a huge amount of controversy with several Japanese ministers attempting to get the film banned which served only to increase interest in both the film and the book. The controversy went worldwide, Germany regarded it as ‘youth-endangering‘  and placed it on an index it drew up some years after its release. In America, though it wasn’t banned, distributors wouldn’t touch it and there was a very clear reason for that. America was still reeling from the horror of the Columbine high school massacre and a film featuring machine guns, nunchukas, tasers, knives, hand grenades, axes, crossbows and swords to effect the wholesale slaughter of school kids was always going to face opposition after such a traumatizing real life event. 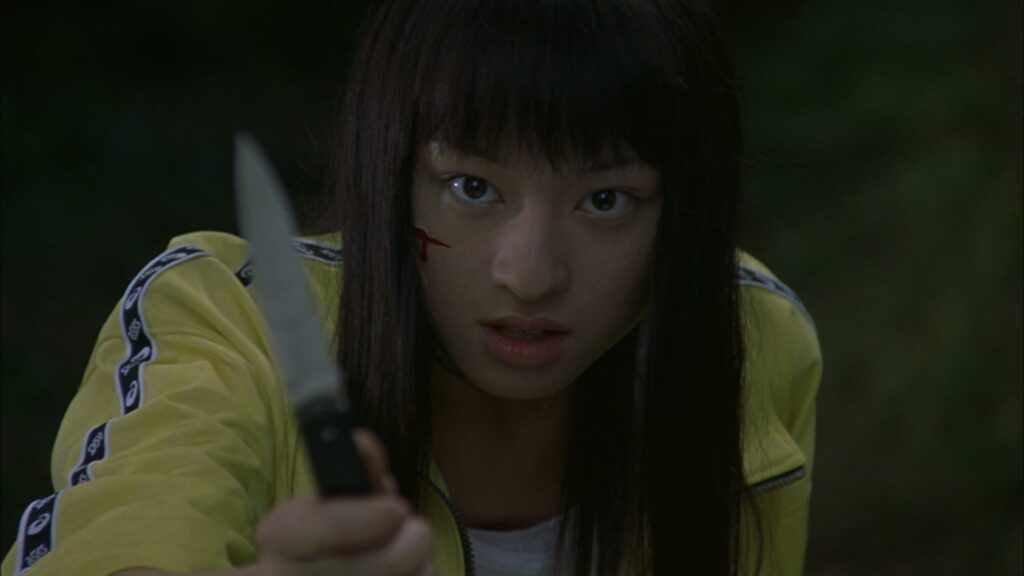 Despite all of this Battle Royale was a financial success and a sequel was soon greenlit with director Fukasaku helming again but having only shot a few scenes the prostate cancer that he had suffered from tragically took his life. It was his son Kenta who stepped in and took over as director of what would be Battle Royale II. The theme was similar only this time a second Battle Royale act is created by the government this time with the students sent to the island with the sole objective of killing a terrorist intent on destroying the government. Less successful it was no less brutal than the first but again the shadow of Columbine scared off US distributors. Battle Royale was one of Tarantino’s favourite films but he himself had also been asked to play the role of the US president in the sequel but had to turn it down as he was shooting his Kill Bill films (and he had cast Battle Royale’s Chiaki Kuriyama in Vol 1). 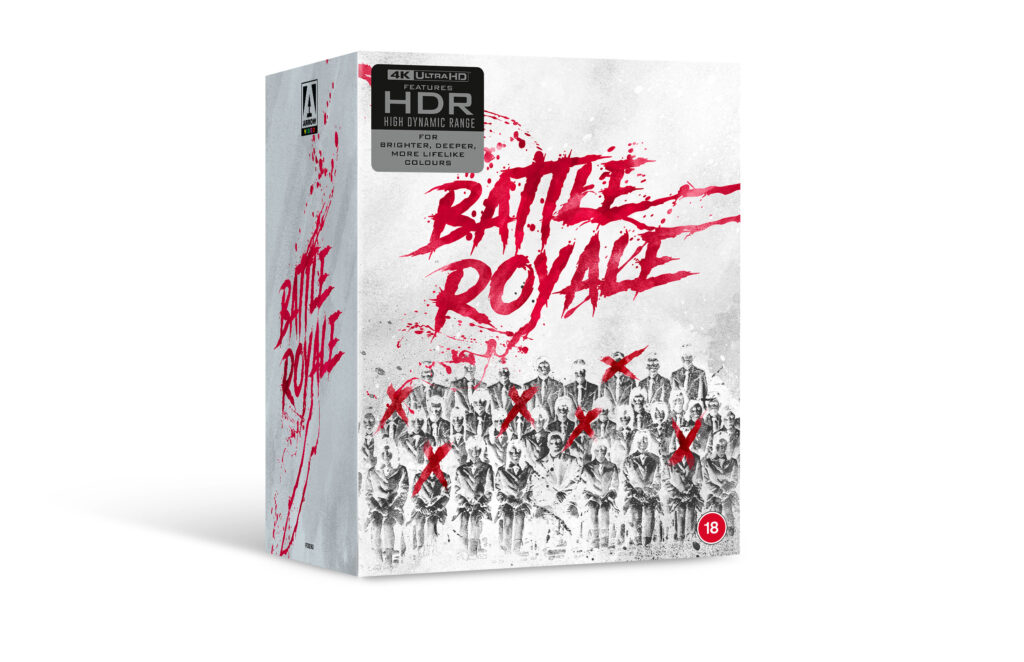 Battle Royale launched a new wave of interest in Asian cinema especially horror and both films are getting royal treatment with a  brand new restoration and a huge array of bonus features over five discs. The first Battle Royale film gets both the original theatrical and Directors Cut and the second film gets what is dubbed a Revenge extended cut, But that’s only the beginning of what is on all the discs with several hugely informative documentaries about the making of each film. A special effects comparison is both gruesome and interesting and there are interviews with Kenta and the incomparable Takeshi Kitano as well as a soundtrack CD. The box set includes the usual trailer’s, TV spots, poster and image gallery and there are a number of features about original director Kinji Fukasaku including a 120 page book about him and a separate book with essays on Battle Royale by Anne Billson and several others.

Tony Kaye to direct his first film in 10 years!