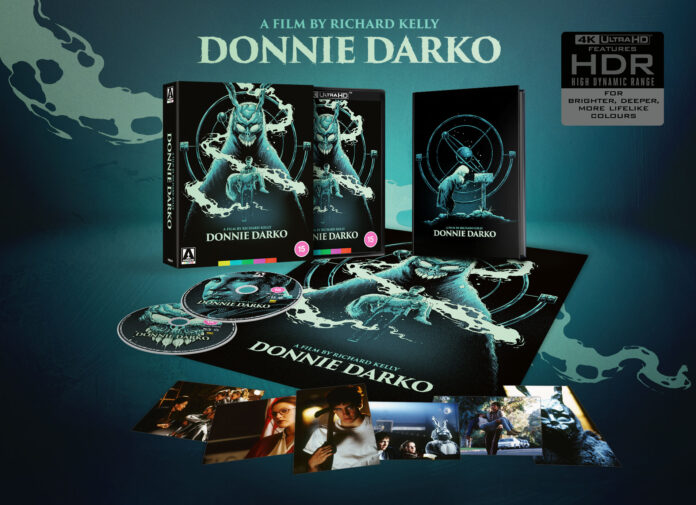 Richard Kelly is one of those directors whose first feature, Donnie Darko, took a while to attract attention but when it did it became the first cult film of the new millennium having secured a great cast that included Jake Gyllenhaal in the lead role and co-starred his sister Maggie, plus Patrick Swayze, Seth Rogen and Drew Barrymore along with Oscar nominees Mary McDonnell and Katharine Ross, and television favourite Noah Wyle.  Unaware of the cult status Donnie Darko would eventually achieve it was rumoured that few of the cast knew what the film was about.

On the surface it was about Donnie, a troubled high school student, who is in therapy, prone to sleepwalking and in possession of an imaginary friend, a six-foot rabbit named Frank, who tells him the world is going to end in 28 days, 06 hours, 42 minutes and 12 seconds. During that time he will navigate teenage life, narrowly avoid death in the form of a falling jet engine, follow Frank’s maladjusted instructions and try to maintain the space-time continuum. 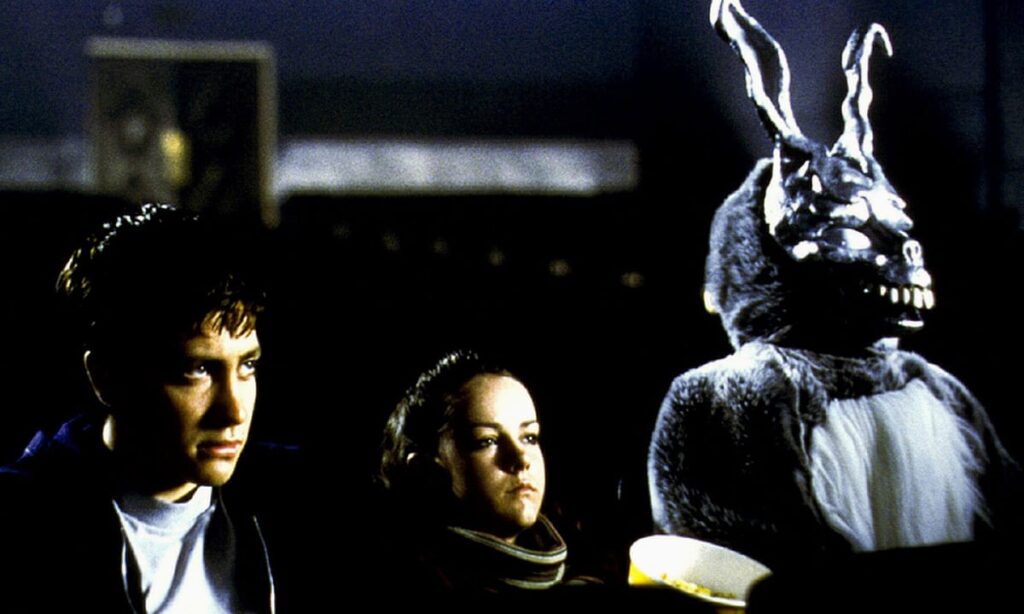 It’s mix of science fiction, Spielbergian touches and 80s nostalgia had Kelly describing it as ‘The Catcher in the Rye’ as told by Phillip K Dick and perhaps understandably it was difficult to get distribution with many confused as to how they could market the movie. And when it was marketed the original advertising included a crashing plane which was quickly pulled due to its release date being so close to  9/11.  It was Drew Barrymore’s production company that helped having produced the film and it was likely that it would have gone straight to video without her support as she had a certain degree of influence at the time having produced the feature film version of Charlie’s Angels which had performed well at the box office.

But when it was released it fared badly earning only $6.8m worldwide and much like The Thing, The Shawshank Redemption and many other titles it would be the Home Rental market where it really gained an audience. Donnie Darko would become something of a template for the few future films Kelly would go on to make. Heavy with implied meaning and subtleties often only picked up after multiple viewings,  it called on genre tropes and featured a stunning evocative soundtrack of 80’s classics from Duran Duran & Echo and the Bunnymen ……appropriate enough for a film with a giant rabbit. The film also featured the single Mad World by Gary Jules, a sombre reworking of the Tears for Fears hit that would become the UK’s 2003 Christmas No1 and a comment on a world that had been consumed with the catastrophic  fallout of a ’war on terror’. 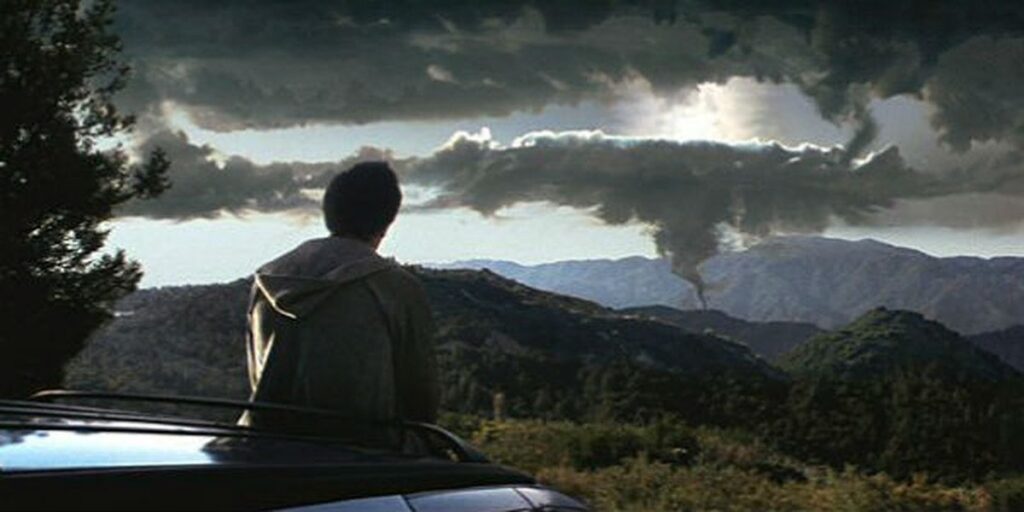 Now stunningly restored in a 4K latest reissue of Donnie Darko is arguably the definitive disc with a stunning host of bonus features that includes both the theatrical cut as well as a Director’s Cut although Kelly has gone on record as saying that the theatrical version he was perfectly happy with and regards the Director’s Cut as more of a Special Edition that anything else.  A 100-page hardcover book featuring writing by Nathan Rabin, Anton Bitel and Jamie Graham, an in-depth interview with Richard Kelly, an introduction by Jake Gyllenhaal and contemporary coverage, illustrated with original stills and promotional materials is a worthy extra along with double sided collector’s postcards.

Nearly all of the bonus features are worthwhile and make this such a great disc set notably a documentary and the inclusion of Kelly’s 1996 short film ‘The Goodbye Place’ with a hint of the themes and ideas that would feature in Donnie Darko. For Kelly the film would be a career high and his follow up Southland Tales (disc review HERE) suffered from the ‘difficult second album syndrome’ being equally eclectic but never finding its intended audience as was the problem suffered from what was his third, and to date last film, The Box in 2009.

This two disc set is the definitive edition of the film and well worth investing for fans of what is one of the premiere cult films of the millennium.