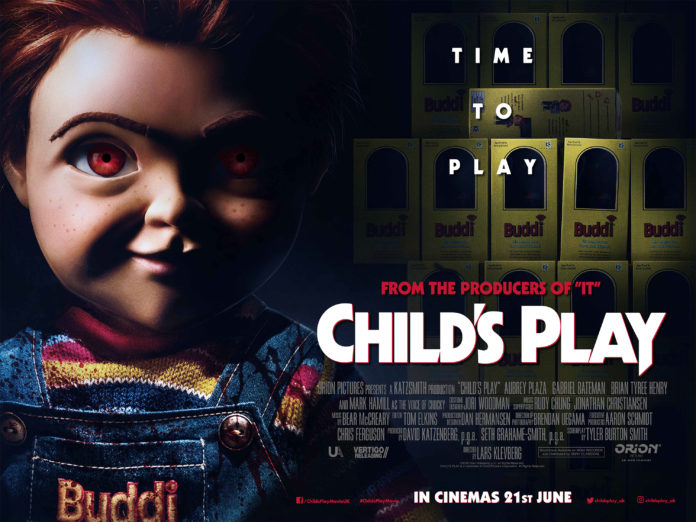 21 years after the original we have a reboot of the late eighties horror Child’s Play a film about a ginger haired doll, that in itself is horrific enough. Now in fairness we must apologize for any allegations of being ginger-ist and our sympathies are with our fair skinned, copper headed readers who are unable to open a holiday brochure without getting skin cancer. But we digress……the Child’s Play films were ripe for updating in an age of technology where everything is SMART enabled except for those who try to use it. So the first film had a demonically possessed, dead eyed, empty headed, botox faced bit of plastic whose bitter and twisted soul would stop at nothing to get what it wanted and in many respects it’s could have been the life story of Amanda Holden. The Child’s Play reboot though has given it a slightly different origin story where the much in demand Buddi doll being mass produced in a Far East sweat shop where we meet an employee who’s just been fired and in a fit of pique disables all the fail safe facilities on the dolls computer chip before its shipped off to the US.  It’s only when the customer who buys it returns it to the store where single mum Karen (Aubrey Plaza) works on the checkout that she wangles a favour to take the doll home as an early birthday for her so. Her teenage son. Yes rather than get him what every teenage boy really wants for their birthday, a gift card for YouPorn, she gets him a talking doll. Her son, Andy, is hearing impaired adding to his isolation having moved to a new city with his mum and he struggles to make friends.

With a stepdad on the scene he starts to get the doll working finding that it’s all too human when its AI enables the Buddi doll to talk back but at the same time picks up on the behavior going on between Andy and his stepfather and the family cat – both of which you know won’t make it to the end of the film. Tyler Burton Smith’s film has some sly comments on screen violence in a pivotal scene where Andy watches Texas Chainsaw Massacre 2 with two friends he’s made in his block of flats and it’s the Buddi doll now name Chucky who wants to be Andy’s only friend who notices how much the teenagers enjoy the gruesome screen deaths they’re watching on the TV. It’s a clever comment about onscreen violence as it instigates Chucky’s murderous rampage and perhaps is a sly reference also to the erroneous insinuation that Child’s Play 3 had been watched by Robert Thompson & Jon Venables to murder the toddler Jamie Bulger.  Smith’s script has several sly moments like this and it’s no coincidence that in the week that Toy Story 4 is released with its loveable toys that Andy was also the name of the child in that franchise though thankfully he didn’t have Buzz Lightyear sending him terminally to infinity and beyond. 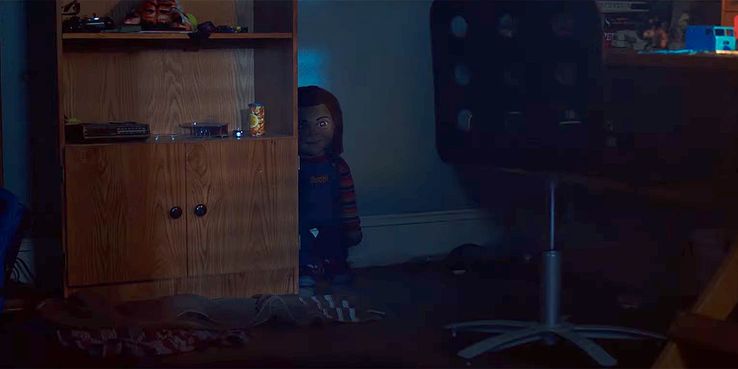 Much like that other demonic doll Annabelle of which we can expect a third film to be released shortly Chucky is a doll that would go straight in the bin with its demon glowing red eyes being a giveaway that perhaps not all is right with the toy although its waddling around brandishing a kitchen knife is more of a clue. Yet like Annabelle, Chucky is indestructible regardless of what happens to him and he does dole out some grimly gory deaths with black humour notably one with a circular saw to make you wince.

Inevitably all the humans play second fiddle to the plastic faced killer and there’s less concern for Andy’s safety as a teenager than as a tweenie as he was in the original and Aubrey Plaza is quickly relegated to a minor role which is the fate of many of the supporting cast notably a police detective neighbor who lives with his mum and a black teenager who unlike the rest of the white middle class teens is stereotypically and unnecessarily written as a street taking ghetto gangster. 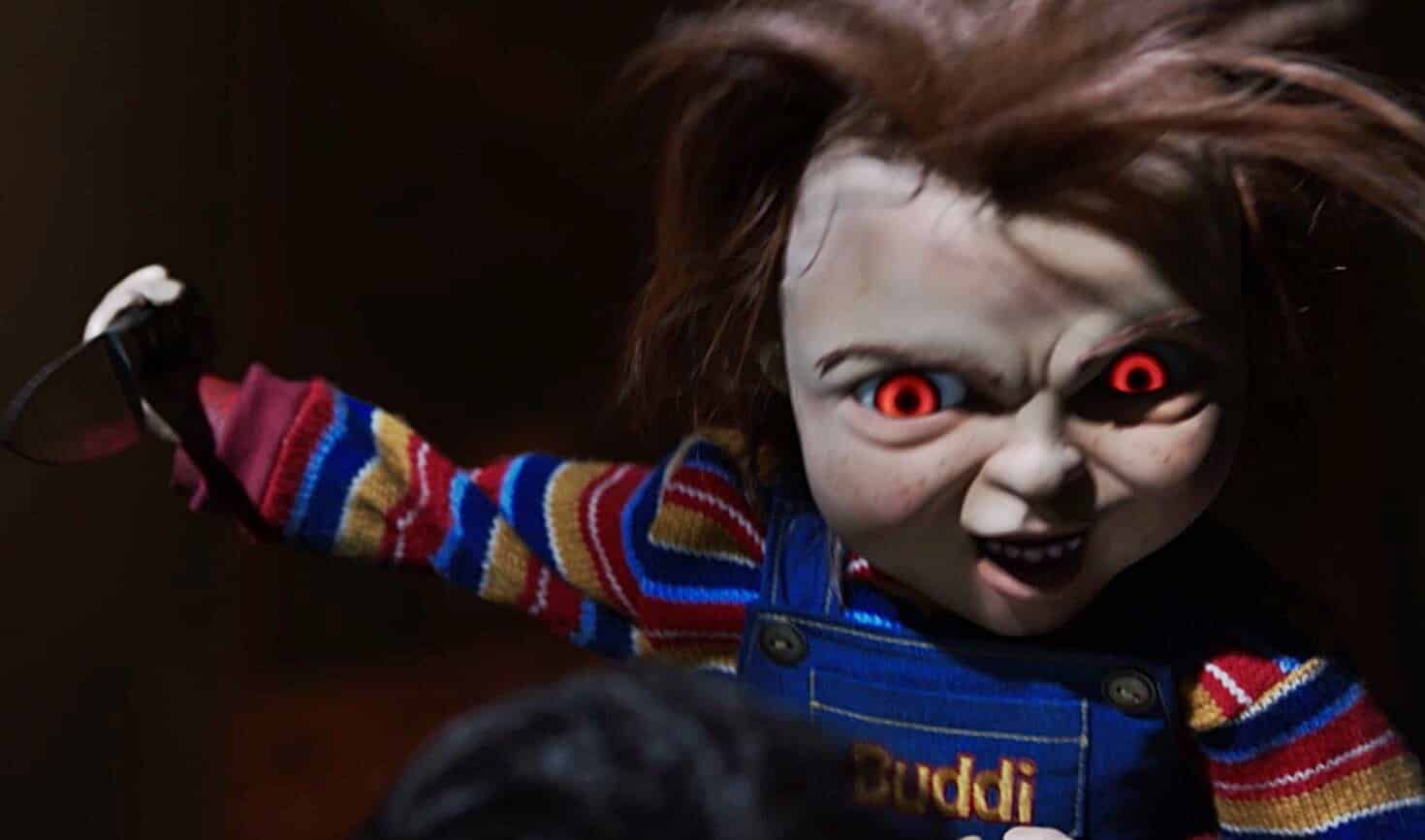 But Child’s Play as a reboot falls squarely into the category of Saturday Night Movie that’s fun while it last and with Luke Skywalker aka Mark Hamill himself voicing the doll its 90 minutes of enjoyably  daft mayhem.