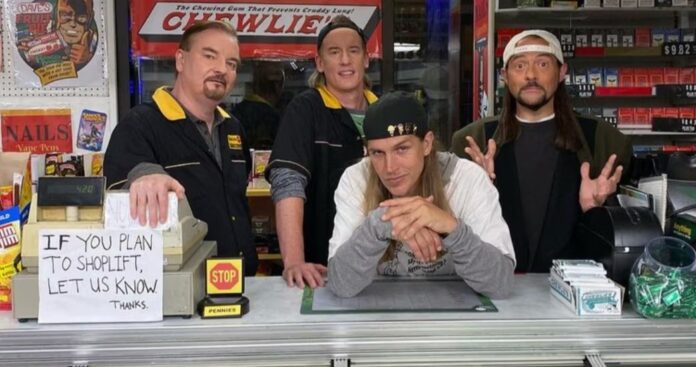 So we’ll be the first to admit that we’re big fans of Kevin Smith and his films and the story of how he funded his first Clerks film by maxxing out his credit cards and shooting in the store where he was working is the stuff of legend. Since then he’s gone on to huge success and it all comes full circle with the release of the Clerks III trailer the (potentially) last part of this trilogy.

Clerks III is in cinemas from 16th September 2022

Here’s the Clerks III trailer………….and we weren’t even supposed to be working today!