Unlike the feeling of most people’s skin on seeing celebrity salad dodger Gemma Collins lurching across a TV screen Crawl actually features instead a leathery skinned, carnivorous animal forever hungry, constantly driven towards food ….so in that regard maybe it does feature Gemma Collins. As it is the monsters in Crawl are alligators caught up in the turmoil of a monumental Florida storm that has seen a neighbourhood flooded and police desperately trying to evacuate the area to save lives. 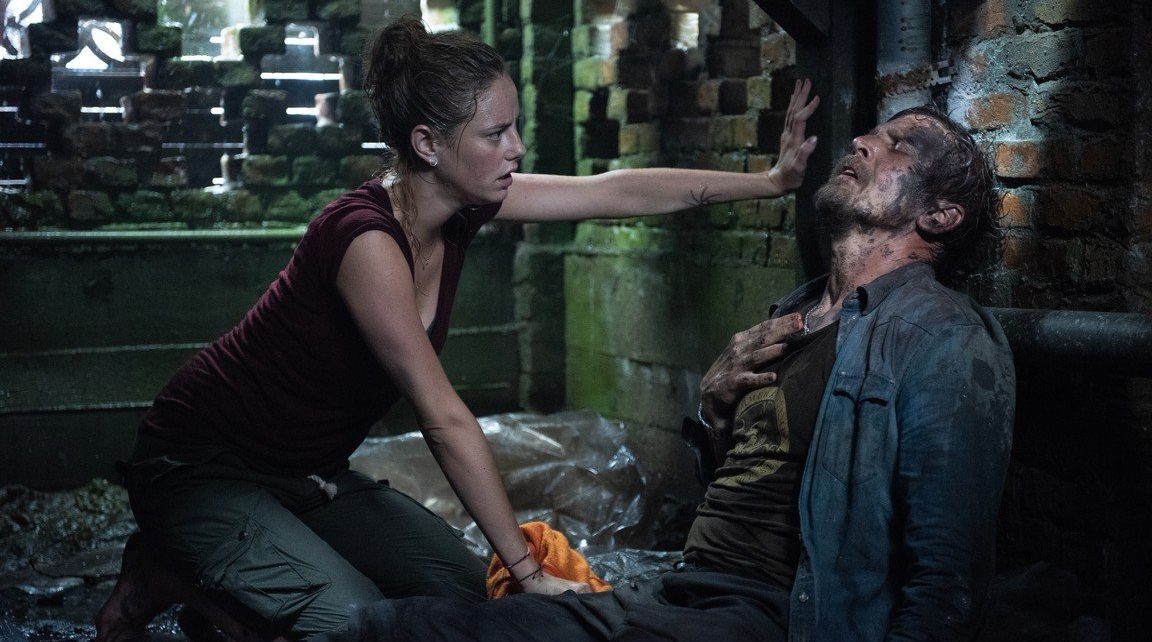 It’s that water theme that extends to Haley (Kaya Scodelario) , a swimmer whose back story has her father being the one who has driven her throughout her childhood to become a sportswoman to the extent that it has resulted in the break up of his marriage for which Haley and her sister  feel responsible.  As her Dad lives in Florida and worried that she’s been unable to contact him by phone Haley drives through the torrential rain to check up on him only to find the house empty and the basement starting to rapidly fill up with the rainwater.  It’s here that she does find her Dad (Barry Pepper) trapped with a broken leg . It’s also where she finds an alligator in a brilliantly orchestrated jump out of your seat moment. 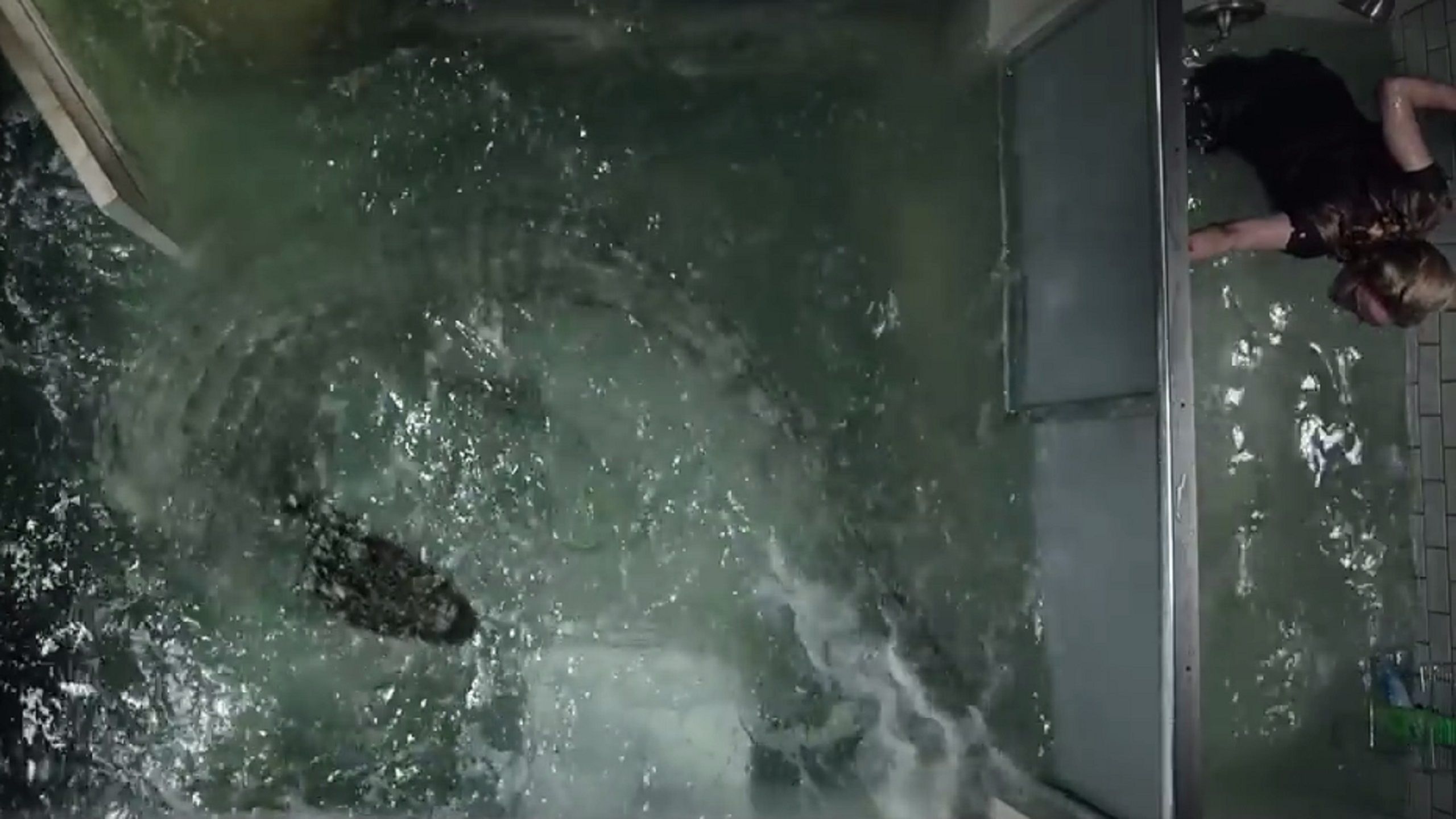 Based on an allegedly true story what follows is Haley’s attempt to save her Dad from the gathering alligators and the ever rising water in the basement in effort to get out and get to the upper floors of the house. It’s a simple but effective  premise with characters introduced solely for the purpose of being ‘Gator grub. Directed By Alexandre Aja this is his second monster movie after his excellent remake of Piranha 3D back in 2010 and he was also behind the 2006 remake of The Hills have Eyes so his horror pedigree is assured. Aja has put together moments to make you wince but Crawl is more of a thriller than a horror with a whole load of tension filled terror and shocks that will have you plucking your legs from the cinema floor as the ‘Gators snap at the characters in their bid to escape.

Crawl is a briskly entertaining and though it’s a little daft and implausible in places it never hangs around with some superb shocks. Something of a guilty pleasure Crawl is one of those immensely enjoyable Saturday night monster movies