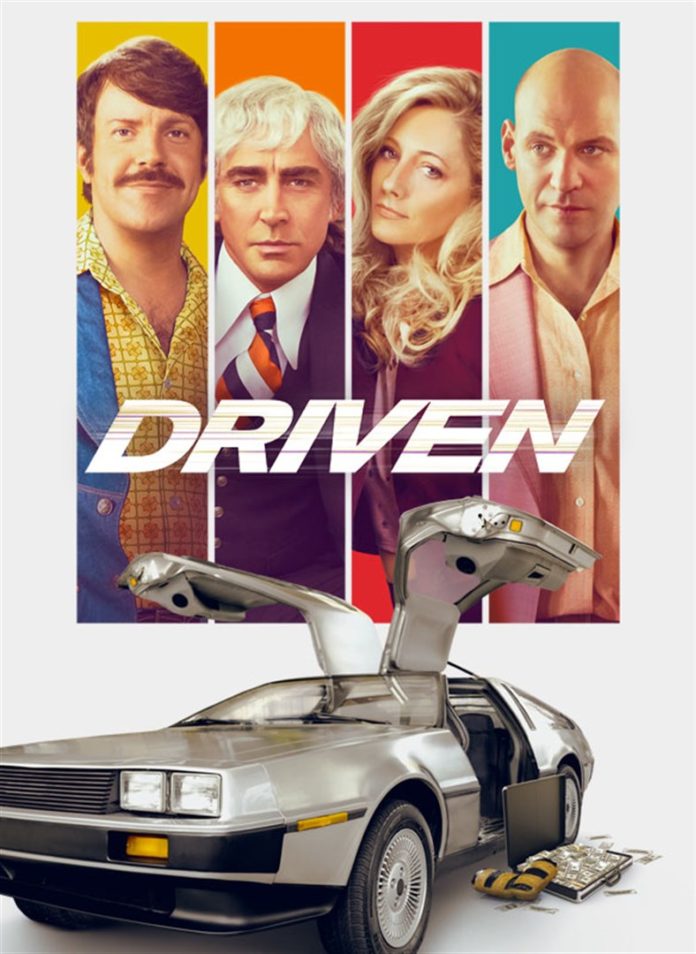 Driven round the bend , driven to distraction, driven up the wall. All places that our Editor has taken his wife (‘You’re Fired!’ – Ed). It’s also how motor entrepreneur John DeLorean was. A car engineer with grand designs for an aspirational car which ended in the collapse of his reputation and ultimately is now best remembered for designing the car that Marty McFly used in Back to the Future – ironically a car whose ability DeLorean must wish he could have used when he found himself investigated for his involvement in a major drug smuggling operation. Driven  focuses more on Jim Hoffman (Jason Sudeikis)a family man with a pilot’s license who used it as a cover for flying drugs into the US and the film starts with him being caught yet managing to slip off the hook much to the irritation of Special Agent Tosa (Corey Stall). Yet the film flits back and fore with Hoffman being briefed as he walks along a corridor towards a court room where he is to appear in the witness stand testifying against DeLorean.  For both Hoffman and DeLorean their downfall was as ever prompted by money. Hoffman having got off the hook moved his family into a new neighbourhood where he struggled to pay his rent but finding himself neighbor to aspiring car designer of the future John DeLorean a suave, enigmatic and seemingly successful man. With money worries Hoffman gets involved with the scheme quickly finding that DeLorean’s empire was built on sand needing regular input of huge chunks of cash which the banks refused to lend him to compete with the major car builders. He had managed to charm celebrities like all powerful chat show host  Johnny Carson out of six figure sums to invest in his car plans only to find their money quickly disappearing – there’s a running joke about Carson constantly trying to contact him about his prototype car frequently breaking down. The millions of dollars DeLorean needs is the sort of ready money that drug barons have and Hoffman knows just the people. Like a hybrid Jon Hamm / Clive Owen with a dodgy wig actor Lee Pace is ideally cast as DeLorean –a  charismatic man driven to win anything at any cost a character trait soon spotted by Hoffman’s wife when she spots him cheat at chess and later his infidelity made it clear he was wholly untrustworthy.  Equally Hoffman, as played by Jason Sudeikis, despite being a small time drug smuggler is an incorrigible rogue never taking anything seriously joking his way through adversity even when he’s being cross examined in the witness stand. With his eyes on the prize at all times Hoffman, when he finds his hand being forced by the DEA,  sees it an opportunity to try and wring a financial deal with them  for a cut of the value of the drugs seized. 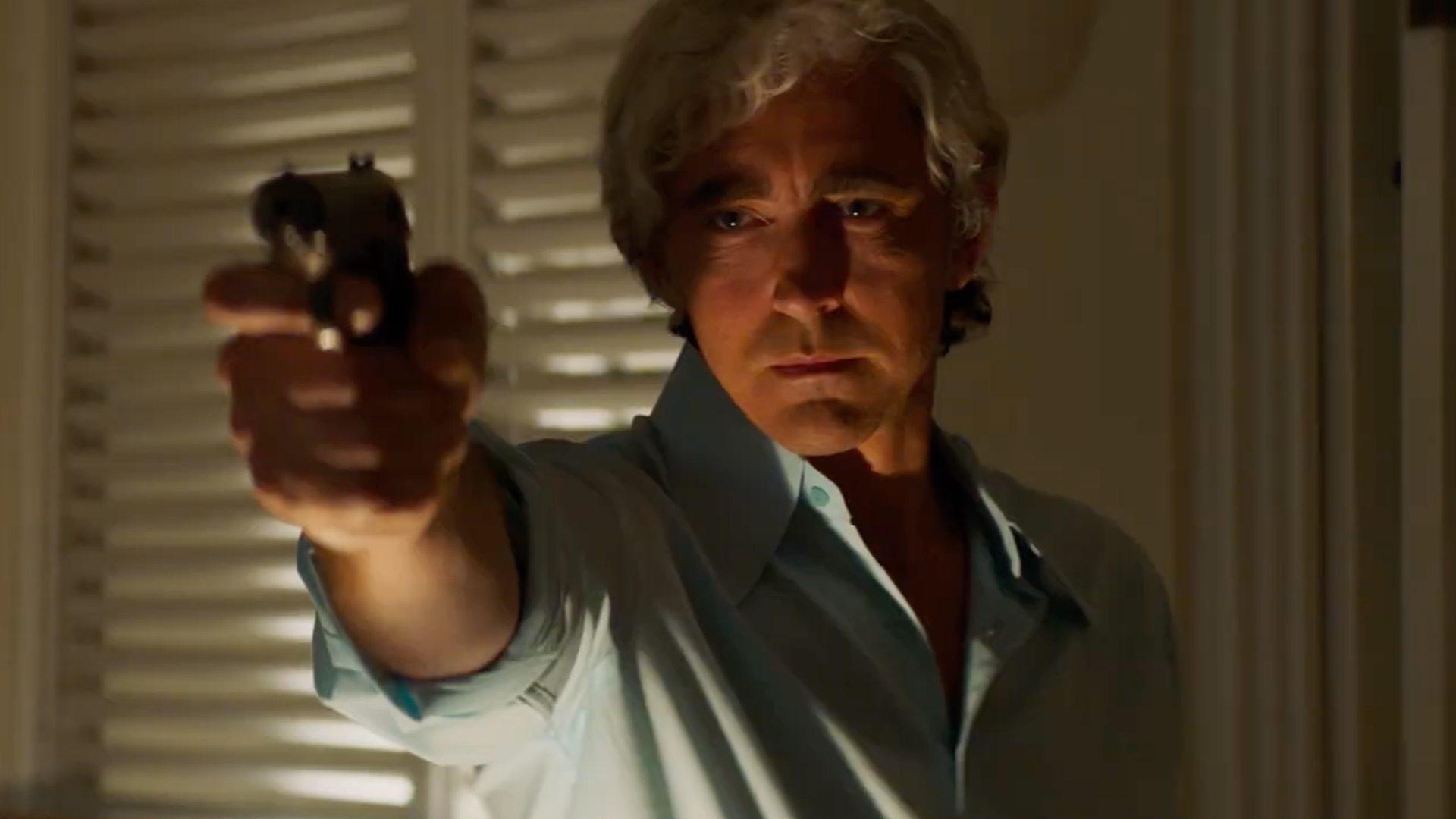 DeLorean’s downfall was well publicized with a car factory in Ireland initially seen as a boost to the economy rather than the folly it clearly was and his obsession not to lose face had driven him to find finance in the drugs world that ended with a sting that had Hoffman complicit in orchestrating it with the DEA. Director Nick Hamm’s previous is mostly in TV but  has a pedigree in films based on true stories with The Journey and Killing Bono being recent examples but never really setting the box office alight. Driven is a bigger more international story with an appeal to the US market and again is one  of those films that posts ‘inspired by’ caveat at the start of the film so quite how many of these incidents are true is never clear. Both Pace and Sudeikis are engaging as the leads and it’s a story that is stranger than fiction that a business man could be quite so daft but then who would have thought that Teresa May would have been quite as disastrous a prime minister as she turned out to be with all the authority of a Do Not Tumble Dry label.