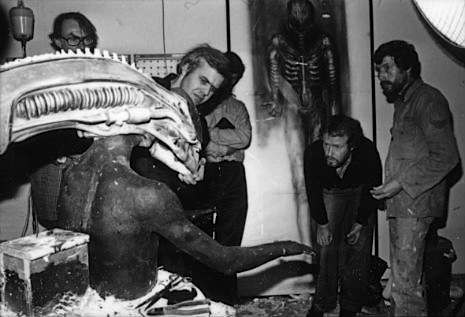 The latest in our story behind the shot series and we thought we’d take a look at the Alien costume……Alien is generally regarded as one of the finest sci-fi horror films ever made and was regarded as “culturally, historically or aesthetically significant” by the Library of Congress and was selected for preservation in the United States National Film Registry. 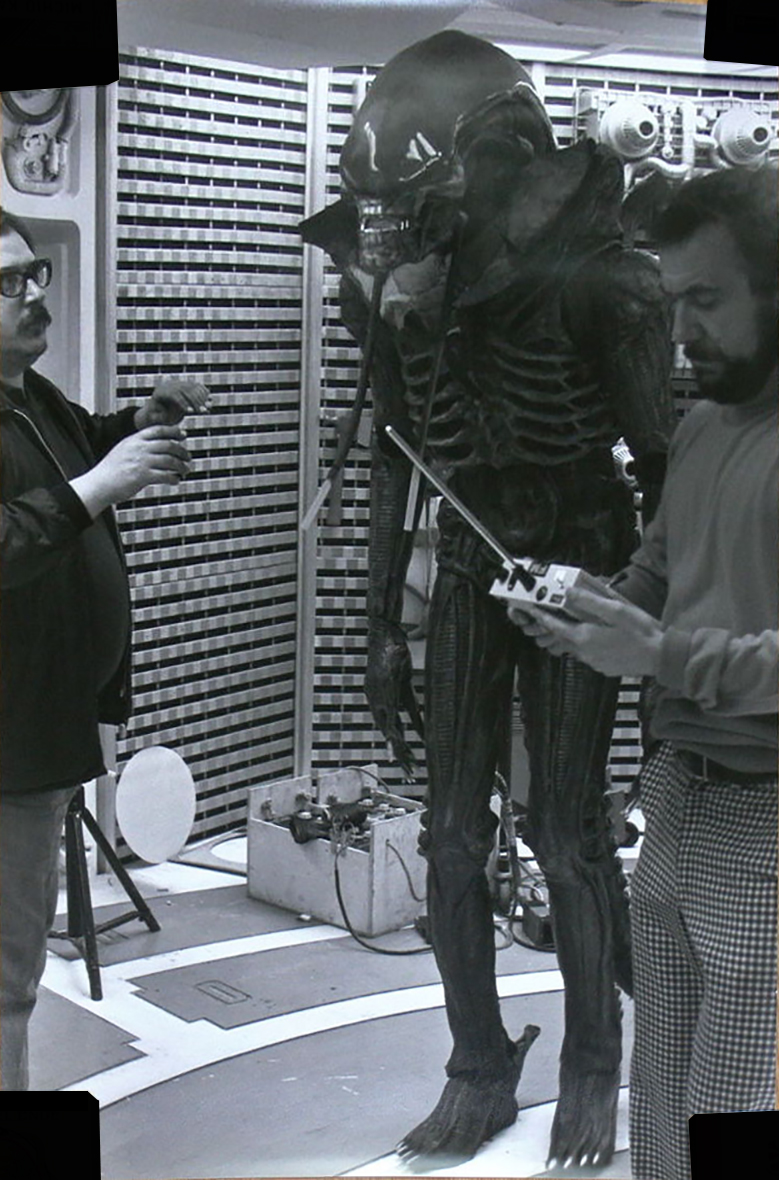 Director Ridley Scott had approached swiss artist H.R.Giger (centre of photo) known for his bio-mechanical pictures to assist with the design and look of the film which led to the phallic look of the alien head itself. Decades before CGI the artist’s design had been part inspired by a praying mantis and it necessitated a man in a suit with long legs but finding an actor to play the role proved….ahem….a tall order!

Eventually casting found Bolaji Badejo, a 6′ 10” tall Nigerian actor in a pub of all places. He was the son of the Director General of the Nigerian Broadcasting Corporation and had moved to London to finish off his studies in graphic design. With barely any fat on his frame he was exactly what the crew were looking for to fit in the alien costume and play the spindly yet deadly creature. 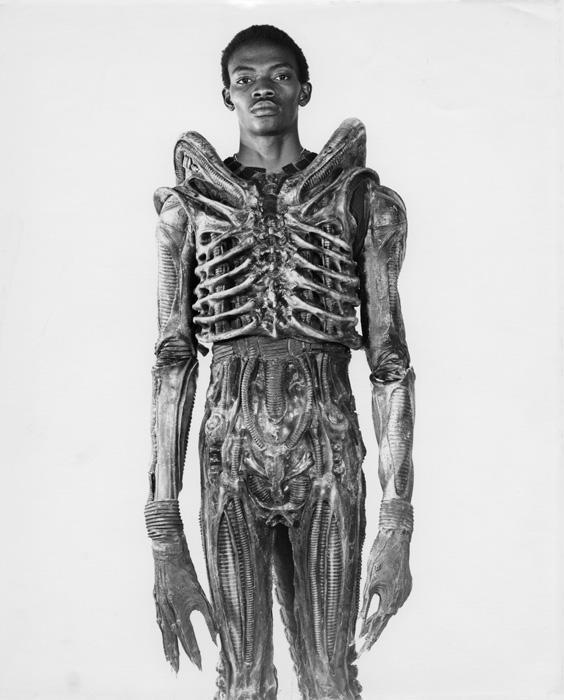 He was soon to find that Hollywood films could be far from glamorous. The alien costume  was applied in 15 separate pieces over a one-piece black body suit with each element painstakingly applied, with the head put on last. The first film saw the alien’s movement as graceful and Badejo attended Tai Chi and mime classes to get the movements right but with no formal acting experience he found the role difficult. This was almost solely due to the alien costume which he could not see out of and found it almost equally difficult to hear Scott’s directions often asking him to perform movements that were almost impossible.  The alien costume was so hot that he could only keep the head on for twenty minutes at a time. 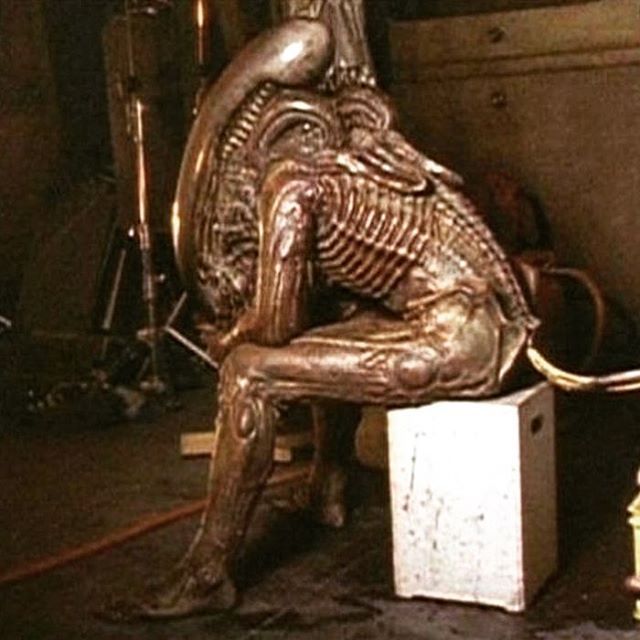 He was 28 at the time of filming and it was his only film. He returned to Nigeria in 1980 the year after the films release to open an art gallery and died just before Christmas 1992 from sickle cell anaemia which had been an hereditary condition in his family.