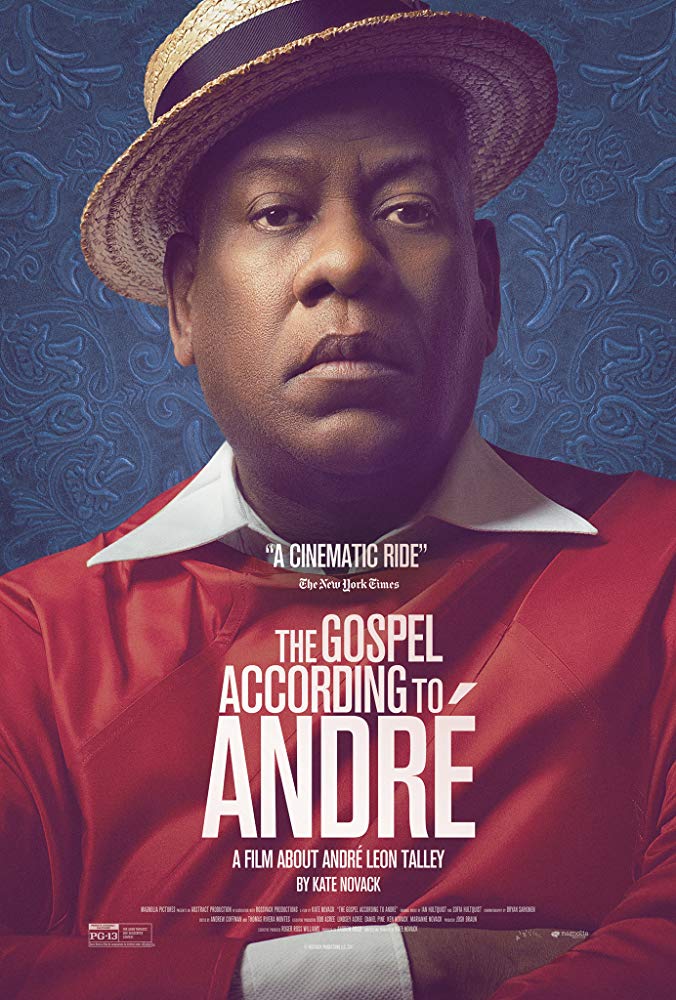 The Gospel according to Andre refers to Andre Leon Talley, Editor at Large of Vogue magazine who along with Editor Anna Wintour have made it the most influential style magazine in the world.  Talley is a mountain of a man well over 6 foot tall and now appearing to be the same in width too he admits to having ‘ballooned’ when he hit 40. Born into an American deep south family and raised solely by his formidable grandmother it traces his early interest in fashion which initially stems from watching the women in their Sunday best go to church with her. From early photos show he’s shown as a dapper man immaculately dressed despite limited means. His devotion to fashion and proving extremely knowledgeable even at an early age saw him hand picked by a variety of influential fashionistas to help with a number of projects.

The balloon of fashion and its perceived pretentions was brilliantly pricked by Sacha Baron Cohen’s Bruno character but Talley, though initially is an easy target on that front, breezes around modern day fashion shows wearing voluminous kaftans and looking like the Cutty Sark in full sail. He’s not so oblivious either to admitting that he’s also made some ridiculous style choices too which suggest he’s only too aware of some of the ludicrous excesses of fashion. 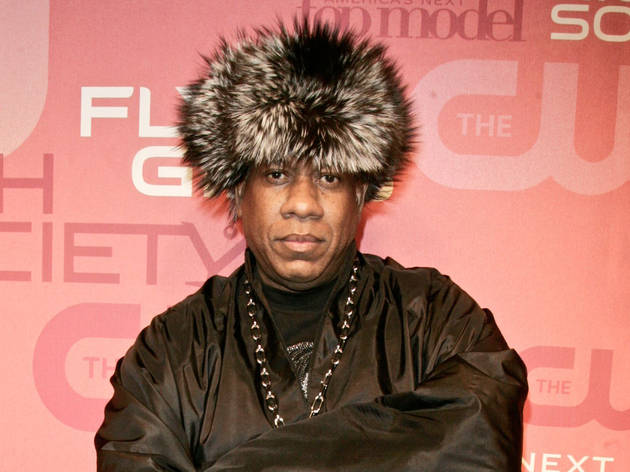 But it quickly becomes clear that Talley is sincere and far from stupid learning to speak French fluently at an early age which, rather than being due to his interest in the Paris fashion houses, was actually due to a TV chef using the word ‘flambe’.   In many ways it’s a shame that D-list reality star Gemma Collins hasn’t learnt to string a coherent sentence together after hearing the phrase ‘talent vacuum’.

The Gospel according to Andre is exactly that, a gospel ,as many of the designers respect him as much as he respects much of their work with his informed opinions. The documentary features Tom Ford (who has branched into film directing making the recent ‘Nocturnal Animals‘), Manolo Blanhnik, Marc Jacobs and more speaking in reverence about him and why his opinion matters and his influence is so regarded that he is even called on to dress Presidential first ladies.

Kate Novack’s  documentary paints a poignant picture of a man so committed to his love of fashion that it’s left his emotional life empty never having had a partner and though deliriously camp and loud it shies away from his sexuality. What it does touch on is race and accutely aware of his humble origins he never plays the race card. In that respect the gospel according to Andre portrays him admirably as someone who has made his way to the top without ever resorting to playing on his race having relied solely on hard work and talent. It’s refreshing to see Tulley seemingly never once in his career allege racism at the drop of a (fashionable) hat as seems to be almost obligatory today.

Tulley, though literally louder and larger than life, comes across well in a documentary that gives an insight into a man whose devoted to his work at the expense of his private life.

Here’s the trailer for The Gospel according to Andre…….