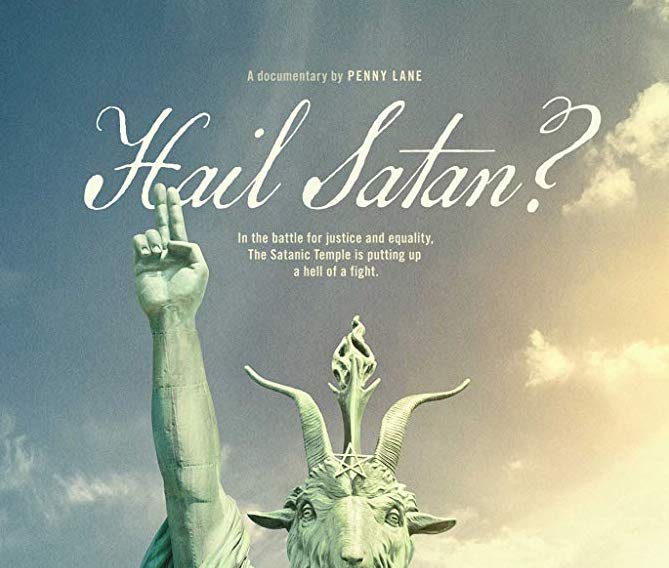 Anyone expecting this to be about the demonic followers of Beelzebub informing him what the weather is like outside will find that Hail Satan is actually a documentary that starts in 2013 when a group of self styled Satanists, dressed up as though they’re about to go trick or treating, hold forth on the steps of a government building to a waiting press to much bemusement. But Penny Lane’s (presumably a Beatles fan) documentary then goes behind the scenes as this is one of several stunts orchestrated by the US based Satanic Temple led by Lucien Greaves. The ethos of the Temple is that they are a counterpoint to the Christian led America . In fairness it’s a  fair point that if you’re an atheist why should you Christian theology on everyday items such as money where even a dollar note has ‘In God We Trust’ printed on it. 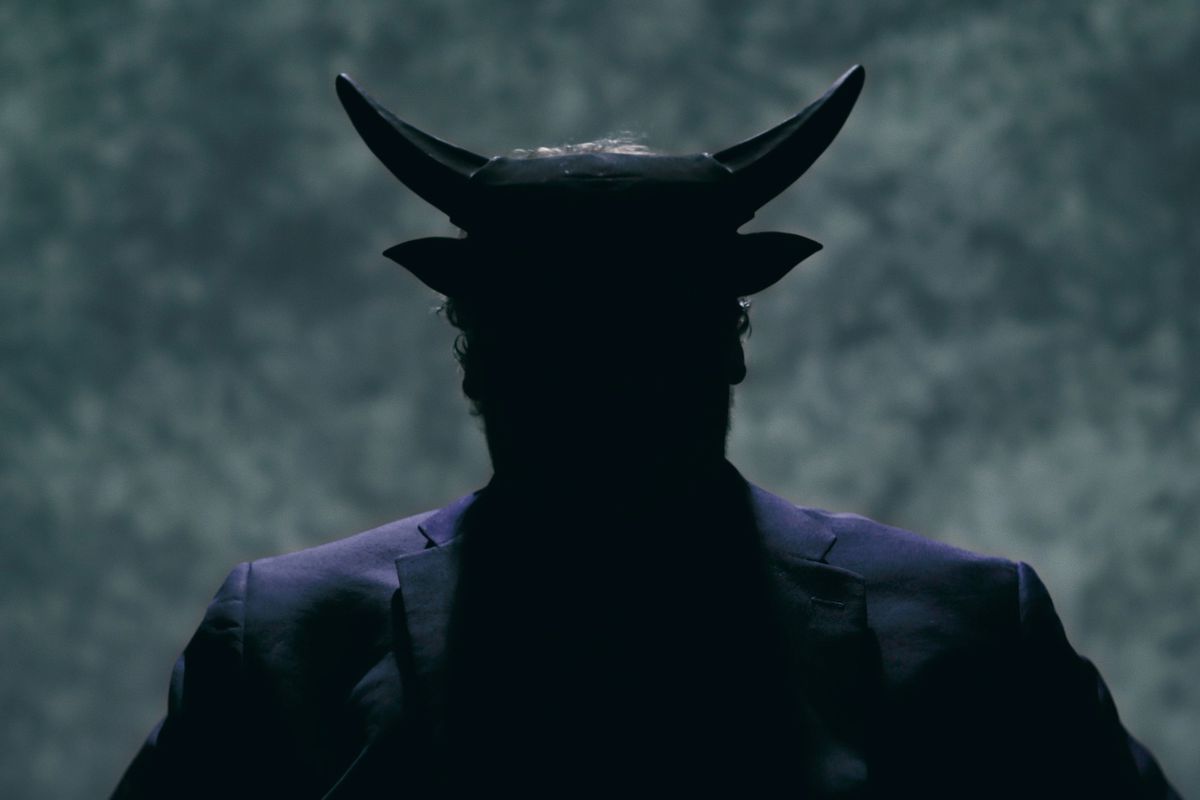 Unfortunately The Satanic Temple ‘s campaign becomes ever more puerile and at times frankly offensive notably in an early sequence where they hold same sex services on the graves of those whose beliefs are against such things. Quite what they hope to achieve by this beyond sniggering juvenile outrage is never really made clear and its little surprise that many involved in the Temple choose to speak to the camera in silhouette. Lucien Greaves on the other is quite happy to speak openly about the Temples principles and frankly its again difficult to understand why as he’s a smirking milky eyed moron whose followers look like they come from a holding pen for The Jeremy Kyle show. 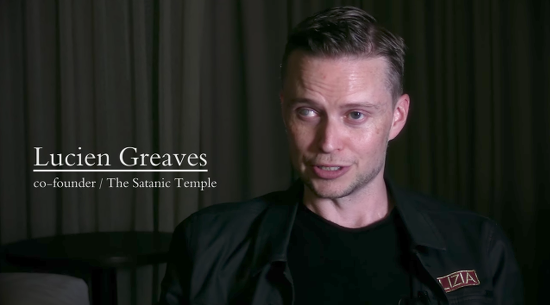 Hail Satan does take a mostly objective stance on the Temple and shows how despite the Satanic Panic publicity they court with the group trying to balance out a fear of them by supporting charitable causes even going as far as to to run after school classes which to the surprise of many doesn’t have the kids wearing goat heads and worshipping the Prince of Darkness himself……(and here you can insert your own celebrity name). It’s actually a goat headed effigy that the documentary centres on as it follows the Temple attempts to get a huge statue erected beside a huge head stone with the 10 Commandments and even when they do manage to get it erected it’s soon destroyed by an outraged local resident ploughing his truck into it. 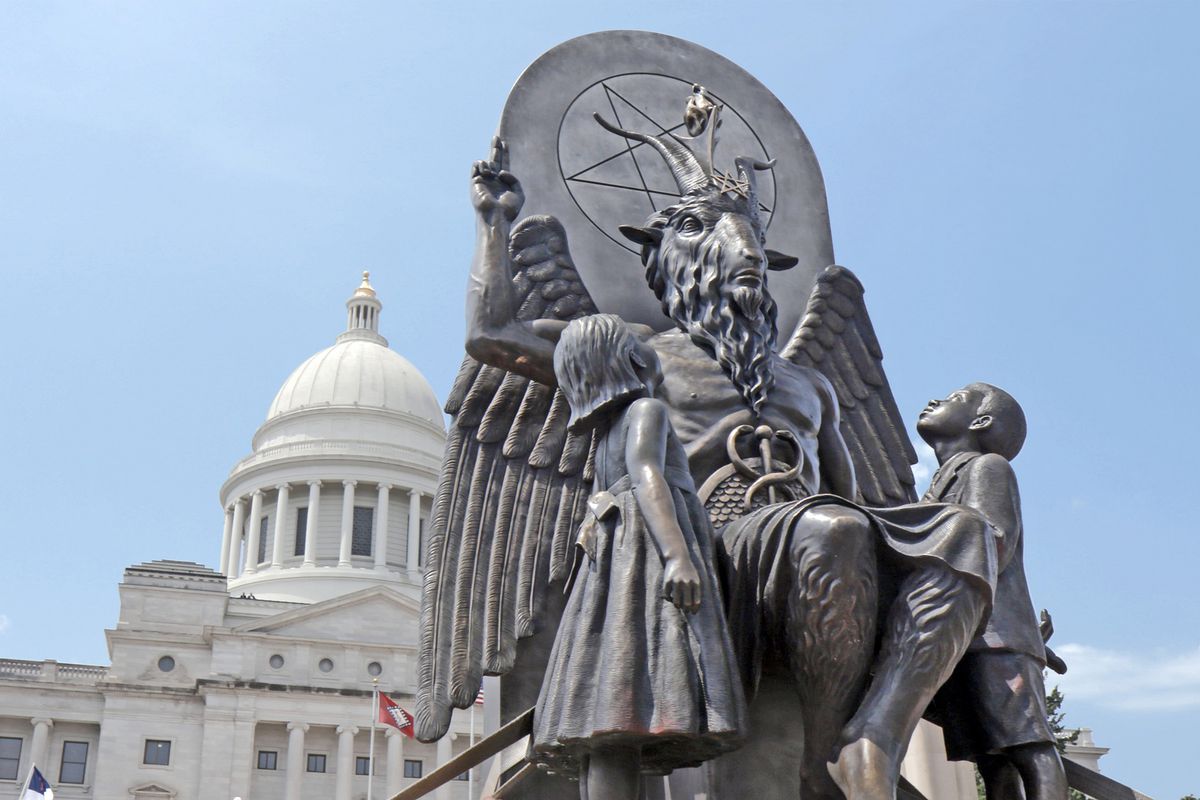 The documentary does give the group more than enough rope to hang themselves  – at a council meeting in Phoenix the Temple state their case of being in fear of being murdered which seems ironic as this s something you would have thought would have been something they’d crave. Throughout Hail Satan there’s a feeling maybe that this is just a bunch of dispossessed losers with nothing better to do with their time and its hardly helped when one is asked why they just don’t settle for being an atheist he replies, ‘Being an atheist is boring’ and the title Satanic Temple is hardly conducive to good will from the public and again when asked why they don’t all themselves something else the reply is, ’because there’s nothing else to call it’. We’ve got a whole bunch of suggestions what they should be called none of which are repeatable here.

Like any group political, religious or otherwise there are splinter groups from the Temple one of which is led by a woman who has been kicked out of the group as she didn’t believe that Lucien Greaves and his motley crew of antagonists, many of which increasingly look like have modeled themselves on the cast offs found in a skip outside Jim Henson’s workshop, were extreme enough. Instead she forms a group that looks like a stereotypical parody of what Satanists looks like and runs night club gatherings which she presides over from a stage with naked men parading around displaying their wares that look like the last turkey in the shop and frankly it looks like the worst student performance art show ever perpertrated.

Hail Satan really all boils down to one question, ‘Are they serious or is this just some joke that’s got out of hand?’ and it’s really only until the very end shot after the credits have rolled that there’s a moment which might give a clue as to the answer.