Film directors are in a privileged position to be able to bring to the world filmed confessionals of their inner turmoil, an opportunity never availed to the angst of a plumber or proctologist unless its in a Ken Loach film, and probably the benchmark for this is Fellini’s ‘8 ½’ still the finest film in that specific genre and now we have Pain and Glory, Pedro Almodovar’s own bit of angst. Here its regular favourite actor of his Antonio Banderas playing grizzled and greying fictional director Salvador Malo  who has not made a film in years suffering from a bunch of ailments and haunted by memories of his poor childhood. So we have scenes of him watching his mother (Penelope Cruz) washing clothes in the river, attending an audition for the school choir run by the local priest (presumably carrying a preliminary check as to who might scream loudest if any Catholic priest manages to corner one of them alone) and in another he sees a naked labourer washing himself. 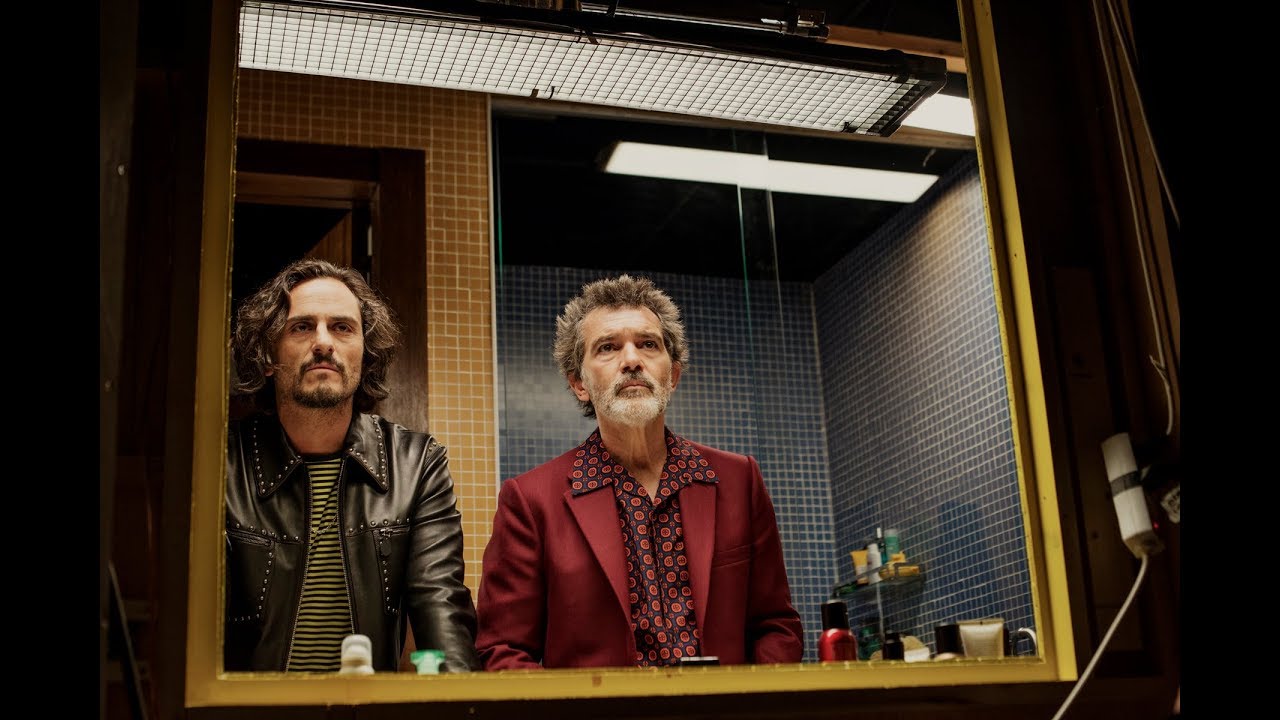 Pain and Glory flits back and fore between his childhood memories and his modern day self where he finds that his best film is being restored and he is asked to present it with his lead actor. It’s this lead actor Alberto who he has not spoken to in over 30 years having had a falling out with over how he wanted the role played but Malo decides to make amends and approach Alberto. With trepidation they bond again but it’s Alberto who is a dedicated user of heroin and to which Malo without any resistance indulges in smoking when Alberto offers him some. Malo clearly has got as about as much resistance to class A drugs as Gemma Collins has at an all you can eat buffet but what makes this slightly difficult to believe is that Frederico, an old boy friend of Malo, loved heroin too and it was this that broke up their relationship years ago so it makes it slightly less credible that Malo would so readily take up heroin himself and then proceeds to indulge in cocaine as well as prescribed drugs for the various ailments he’s suffering. It makes somewhat depressing viewing the ease and frankly eagerness with which he slides into drug dependence.

Banderas is very good in the role rightly winning Best Actor at this year’s Cannes Film Festival as the gay director who reunites with his old lover Frederico only to find that he is now married to a woman and lives in Argentina but Pain and Glory has a very loose narrative without any of Almodovar’s usual wit.

Here’s the Pain and Glory trailer…….