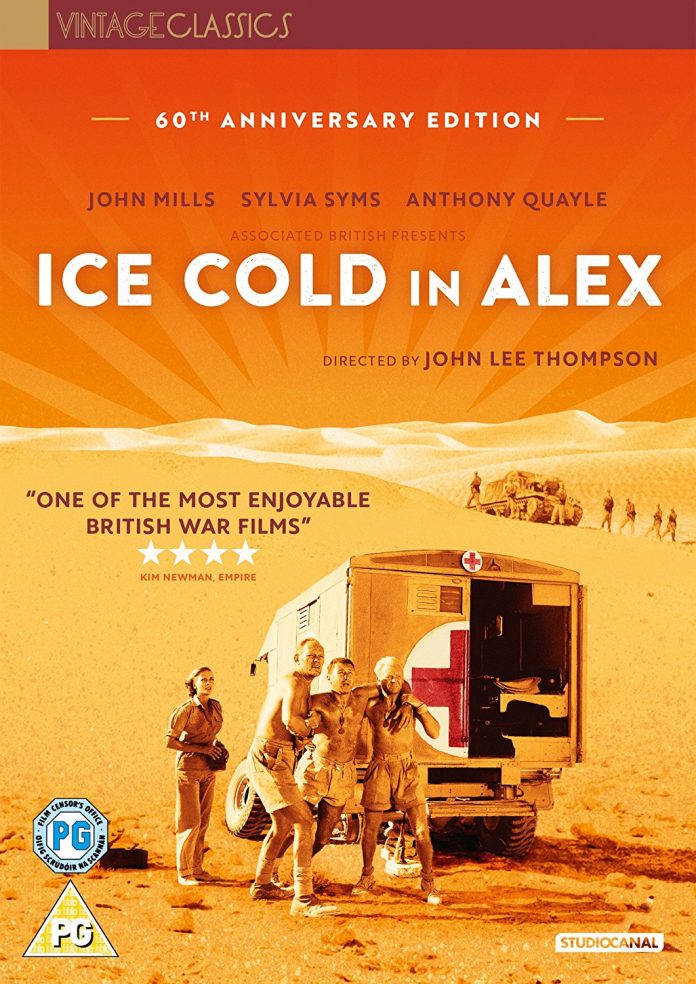 Never has drinking lager been so memorably filmed as in the classic war film ‘Ice Cold in Alex’. Nominated for 4 BAFTA’s it’s now 60 years old and has lost none of its appeal in this superb restoration of the black and white classic.

This was based on the novel by Christopher Landon who co wrote the screenplay with TJ Morrison and is one of those films that once you’re sitting down watching it you can’t switch it off. If anything ‘Ice Cold in Alex’ is the ideal Sunday afternoon film to lay in front of whilst recovering from that Saturday night hangover – forget the football and watch this instead…

Set in 1942 it follows a British ambulance crew who have been forced to evacuate their base in a North African war zone only to find themselves separated from the rest of their unit. Isolated they must somehow find their way to a safe haven in Alexandria in a knackered ambulance which wouldn’t surprise us if it was still being used by the NHS today.

Led by an alcoholic and volatile army captain played by the late great John Mills they must overcome a path beset with landmines, Nazi troops, quicksand and the heat of the Sahara desert to get to safety.

Directed by J Lee Thompson ‘Ice Cold in Alex’ was a film which secured his reputation as a steady and reliable hand and was to be the first of two seminal war films that were to become both classic and favourites (the other being the immensely enjoyable boys own adventure The Guns of Navarone).

But for many it’s the scene summed up by the film’s title where, suffering massive thirst, they finally get to a bar where the barman pours them all a glass of beer. You’ve never seen lager so lovingly photographed and longingly desired by the actors before John Mills finally wolfs it down.  Even in black and white the beer looks great probably because the whole film was photographed by one of the all time great cinematographers Gilbert Taylor who career would include ‘Star Wars’,  Kubrick’s ‘Dr Strangelove’, The Beatles’ ‘A Hard Days Night’, Polanksi’s ‘Repulsion’, ‘Cul De Sac’ & ‘Macbeth’, and Hitchcock’s ‘Frenzy’.

If anyone could photograph a pint of beer in black and white and make you want to reach out and grab it off the screen he could. That said the continuity in the scene is all over the place with the beer levels in the glass going up and down from shot to shot. 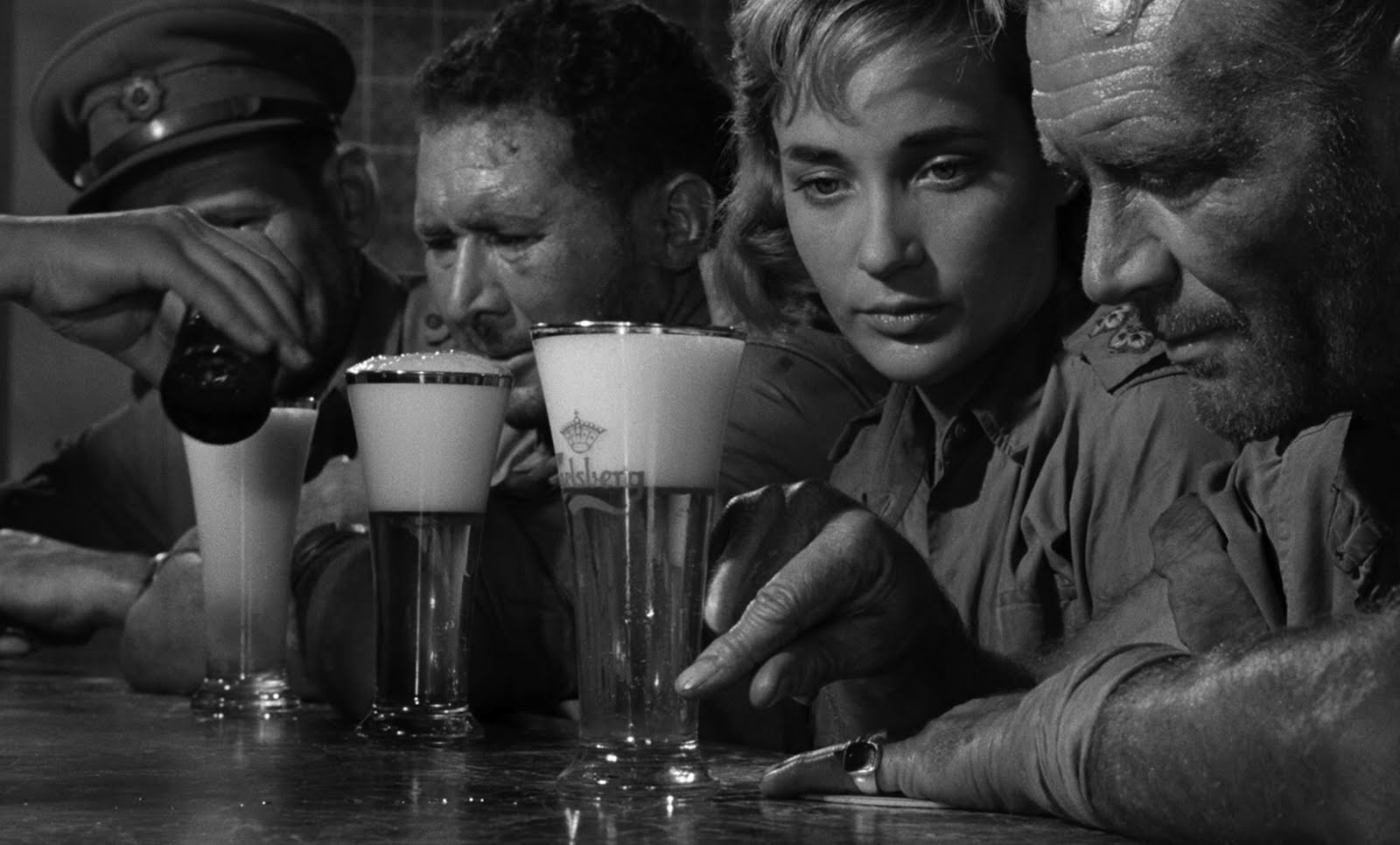 This is a stunning transfer of a hugely entertaining film and one of the best war films and the restoration includes:

Unfortunately as most of the cast, the director and cinematographer have all passed away there’s no commentary track where there would have been a wealth of BTS stories to tell with ‘Ice Cold in Alex’ having been shot in Libya (this was before Gadafi was in power) instead of the intended Egypt due to the recent Suez crisis at the time of shooting.