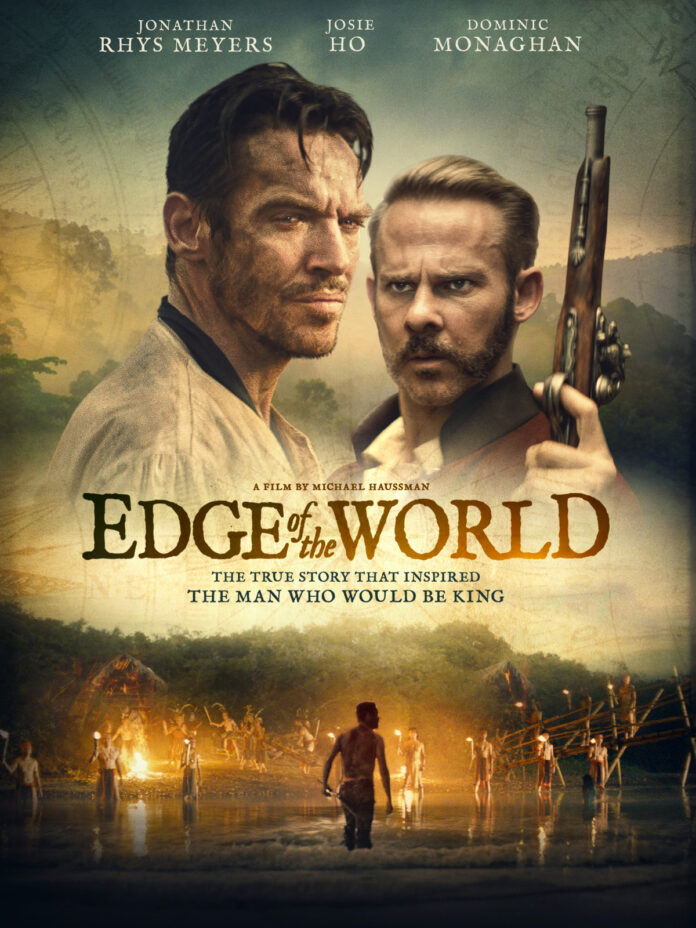 Sir James Brooke, something of a forgotten real life characters from history, and back in 1839 having ended his career as a soldier was something of an adventurer exploring the edge of the world to expand the British Empire and where he recorded details of the animal wildlife and birds for the Royal Geographic Society.  Bird watching remains a popular pastime amongst celebrities such as Bill Oddie and its rumoured that Amanda Holden loves a cockatoo (‘You’re fired!’ – Ed). Brooke found himself in Sarawak , a corner of Borneo along with his relative Crookshank (Dominic Monaghan)where the local tribes people are governed by an emissary of the Sultan of Brunei who are facing down a rebellion from pirates.

Brookes, having fled Britain and the shame of an illegitimate child, finds himself ever more enchanted by Sarawak though appalled by Makhote, a brutal enforcer who keeps the enemy at bay and the people in order through the medium of beheading like a Victorian era ISIS. It’s where Brookes steps in leading the fight against the pirates and slavery and its the Sultan of Brunei, pleased that control has been regained makes Brooke the King of Sarawak.

Directed by Michael Haussman, perhaps best known for his pop videos and commercials, he has made a film about a character that would inspire the films ‘The Man who would be King’ and there are hints of ‘Apocalypse Now’ and even moments of Terrence Malick with nature glimpsed amongst the brutality and scenes  of tranquillity and beauty amongst the brutality. Unsurprisingly it’s a patriarch led location where women are subservient to the men and consequently our Editor has been trying to book a holiday there (‘You’re definitely fired!’ – Ed). Jonathan Rhys Meyers plays Brookes as a softly spoken man forceful when he needs to be but progressive in his respect for his people. It’s especially notable in a dinner scene where a stuffed shirt of racist military man Sir Edward Beech (Ralph Ineson) arrives with Crookshank and his new wife who tries to shoo the locals away from the dining room and is quickly admonished by Brookes about her attitude.

It’s an interesting look at a long forgotten man and it’s the very end that reveals even more to his life having been made the King of Sarawak and knighted some years later he then finds himself on trial for murder and it is a shame that the film has not covered this. It would have taken the film into epic length and perhaps for that reason a mini series would have afforded a better opportunity to examine the life of Brooks.

We spoke to Dominic Monaghan about the making of the film……..

Here’s the Edge of the World trailer…….