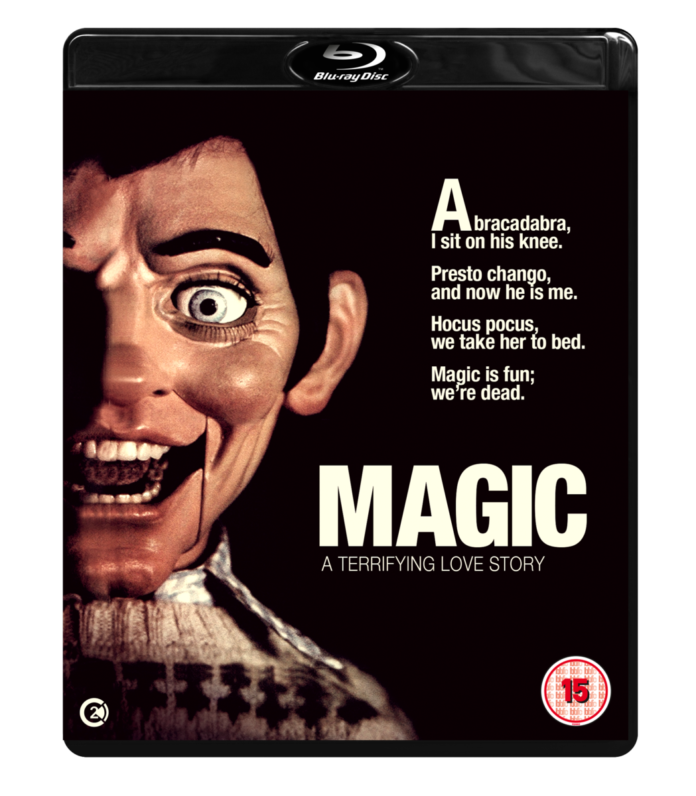 Now 82 years old actor Anthony Hopkins, with a hugely impressive array of roles behind him is likely to always to be remembered for his iconic role as Hannibal Lector in Jonathan Demme’s ‘Silence of the Lambs’ getting him his first Oscar nomination and to date his only win despite having been nominated four further times most recently for The Two Popes.  But it’s Hopkins back catalogue that has some remarkable roles that have been overlooked and are well worth a revisit. One of those roles was as Corky, a ventriloquist slowly driven murderously insane by his doll in a 70’s horror gem,  Magic 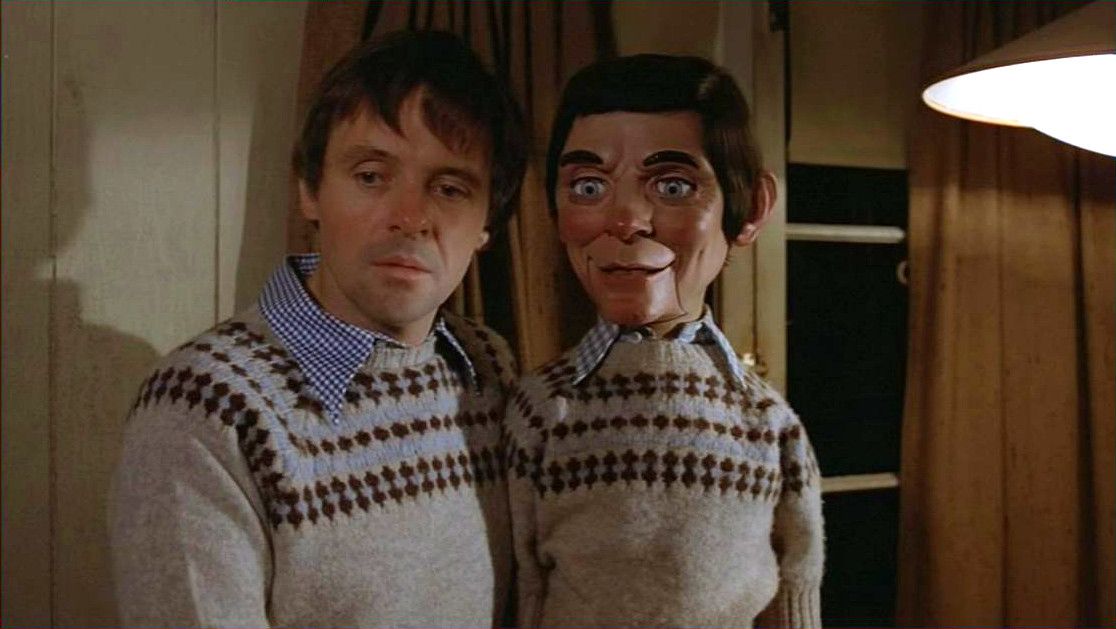 Written by screenwriting god the late William Goldman, Magic was based on his book of the same name. The novel had been written in diary form with the twist being that it was the doll who was writing it and obviously this could not be done for the film and Goldman’s script of his book did the rounds landing on director Norman Jewison’s lap with Jack Nicholson in the lead role and Laurence Olivier playing Corky’s agent.  Like so many film deals It soon fell apart. Nicholson wouldn’t wear a hairpiece, Olivier became very ill and Jewison took offence over an incident with Nicholson and all left the project soon afterwards.

Producer Joseph Levine was back to square one and it was Goldman who suggested Richard Attenborough who he had written the screenplay for his epic star studded war film ‘A Bridge too Far’. It was an unlikely project for Attenborough but he and Goldman has so enjoyed their collaboration that he agreed. In the lead role of Corky the ventriloquist a number of stars were approached that include Al Pacino and even Gene Wilder and bizarrely Chevy Chase who all turned it down and instead the role was offered to Anthony Hopkins. Highly respected and regarded as one of the great theatre actors he had been working in Hollywood films for some years never really making it big and had appeared in ‘A Bridge Too Far’ with its impressive star riddled cast that had included Sean Connery, Dirk Bogarde, Gene Hackman, Ryan O Neal, Edward Fox, Michael Caine, James Caan, Elliot Gould, Denholm Elliott, Robert Redford and Laurence Olivier.

Magic gifted Hopkins a lead role giving him a chance to really show his skills and for this he learnt how to throw his voice and the disc includes a featurette with the films consultant. Co-starring  as his agent was Burgess Meredith himself a respected US stage actor though probably best remembered as Rocky’s trainer or as the Riddler in the 60’s TV version of Batman. As the love interest was the beautiful  Ann Margret who would play Corky’s childhood sweetheart  and with who he would try to rekindle a romance. Margret was a strikingly attractive actress who had caught the eye of Elvis when she appeared in one of his early films but had also earned a reputation as a good actress in films like Carnal Knowledge although she did end up in The Who’s film ‘Tommy’ in a bath of baked beans  which was hardly surprising considering Ken Russell was directing. When it came to a love scene she arrived on set naked under a robe only to see a higher than normal number of men on the set and knowing why this was decided to give them an eyeful and dropped her robe,  gave them a twirl and then got on with the scene. 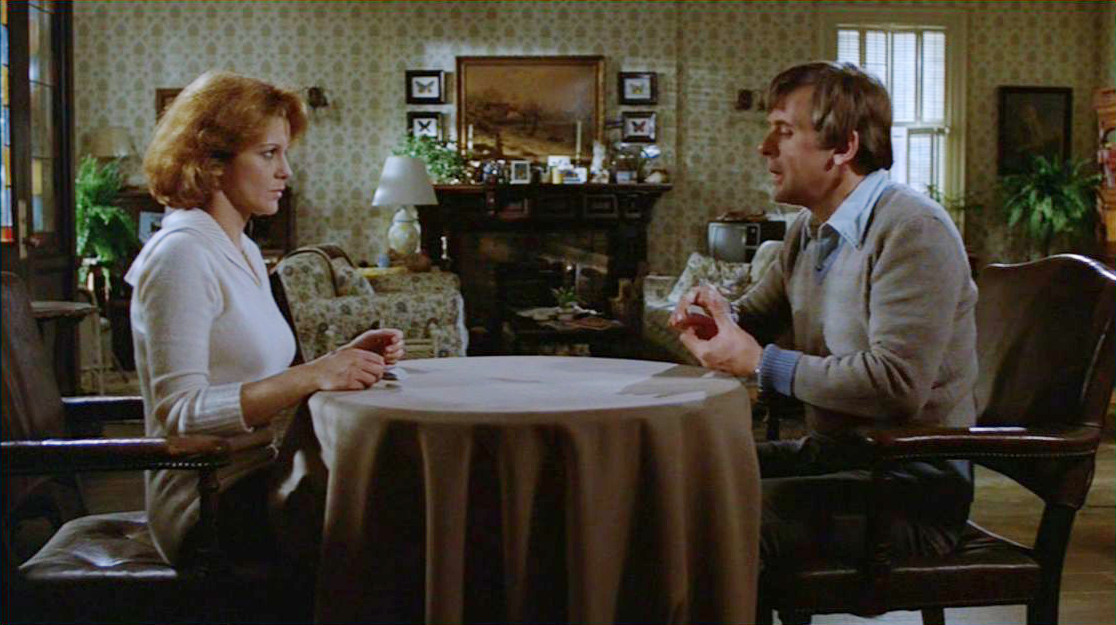 Corky starts losing his mind feeling he was under the control of his puppet Fats and his sanity slowly but  surely starts to unravel. Cleverly photographed by cinematographer Victor Kemper (there’s frequently a shadow of Hopkins profile suggesting the duality of his character), the film was a genre piece that Attenborough directed well and the film was promoted by an advert that aired only one as the broadcasters were deluged with complaints that the dummy was freaking out their kids and it’s included on the disc here – and frankly the kids were right! Released in the US in November 1978 the film performed well at the box office earning Hopkins a Golden Globe nomination though it was a performance that was overlooked by the Oscars.

Magic is a gem of late 70’s horror and is now on Blu Ray with an array of decent bonus features including an interview with William Goldman as well as with Victor Kemper and the ventriloquist who taught Hopkins with the doll. Less good is a make up test role with Ann- Margret which is essentially for hair fetishists as it consists mainly of her swishing her hair around like it’s an audition for a shampoo ad.  Most bizarre of all is an interview with Hopkins, at the time of the film’s release, with a foreign journalist jabbering away in his own language before asking Hopkins a question and Hopkins having to give a staggered answer as the journalist translates. Hopkins admirably keeps it together smirking at just how surreal the interview is.  Regrettably Lord Attenborough is no longer with us having passed away in 2014 and a commentary from him at his usual effusive self would have been superb.  Nonetheless Magic is one of those undiscovered or long forgotten gems which is well worth a look. A great director, a brilliant screen writer and a legendary actor in a genre film you don’t readily associate them with. …. what’s not to like?

Here’s the trailer for Magic…….

MAGIC IS AVAILABLE ON BLU RAY FROM 23RD MARCH 2020