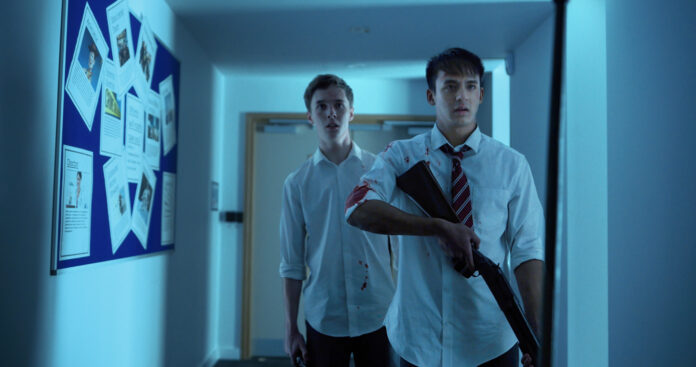 With the release of School’s Out Forever we spoke to lead actor Oscar Kennedy…..

No sooner has 15-year-old Lee Keegan been expelled from his private school than a pandemic spreads like wildfire around the globe. With his father dead and mother trapped abroad, Lee is given one instruction: go back to school. But safety and security at St. Mark’s School for Boys is in short supply. Its high walls can’t stop the local parish council from forming a militia and imposing marshal law, while inside the dorms the end of the world is having a dangerous effect on his best friend and his unrequited crush on the school nurse isn’t helping him concentrate on staying alive.

Oscar Kennedy gives us a glimpse behind the scenes of School’s Out Forever….

How director Aleem Khan got actress Joanna Scanlan to speak Urdu & Arabic in After Love….