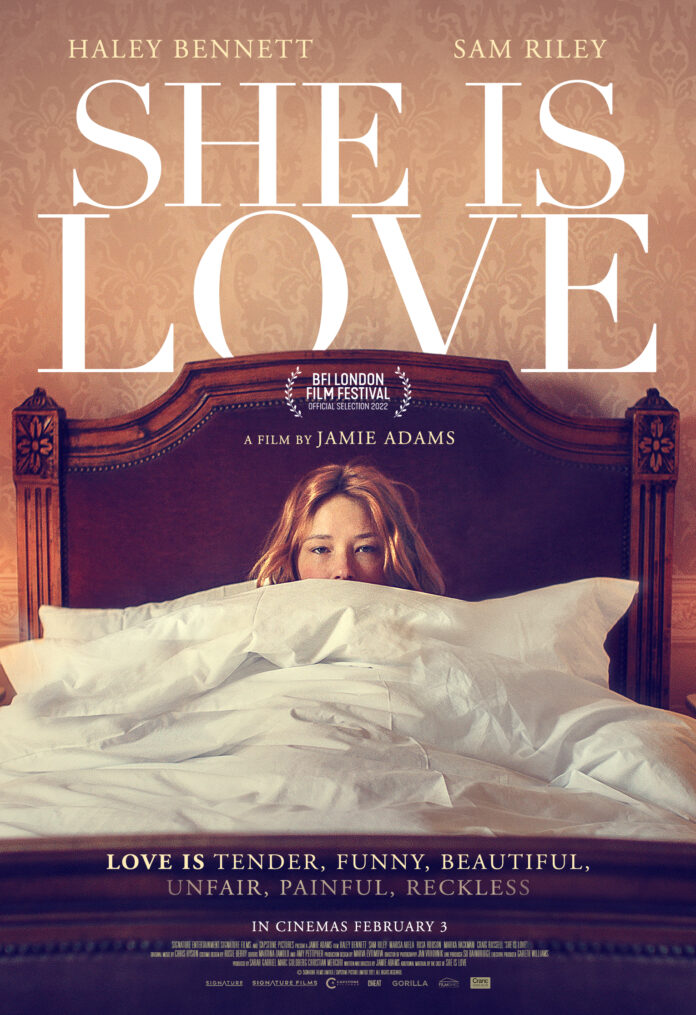 BIFA nominated filmmaker Jamie Adams’ intense and involving romantic drama ‘SHE IS LOVE’ will receive its World Premiere at the BFI London Film Festival on 14th October 2022 and is released in cinemas and digital platforms 3rd February 2023.

Haley Bennett (Cyrano, The Girl on the Train & The Magnificent Seven) and BAFTA nominated and BIFA award winner Sam Riley (Free Fire ) star as estranged lovers, who meet a decade after their split. When Patricia (Haley Bennett) arrives at a country hotel in Cornwall, she encounters her ex husband Idris (Sam Riley) who manages the place with his girlfriend Louise (Marisa Abela, Industry). Things are immediately awkward and the former couple reconnect over a long, messy night where they revisit the past while remaining open to new beginnings. ‘SHE IS LOVE’ was shot with an improvisational style that Adams has deployed on previous films such as Black Mountain Poets and Love Spreads, partly through his performance-centred process – from an initial idea he and the actors develop a ‘scriptment’ and the story is shaped during shooting. SHE IS LOVE – In Cinemas & Digital Platforms 3rd February 2023

Here’s the She is Love trailer….