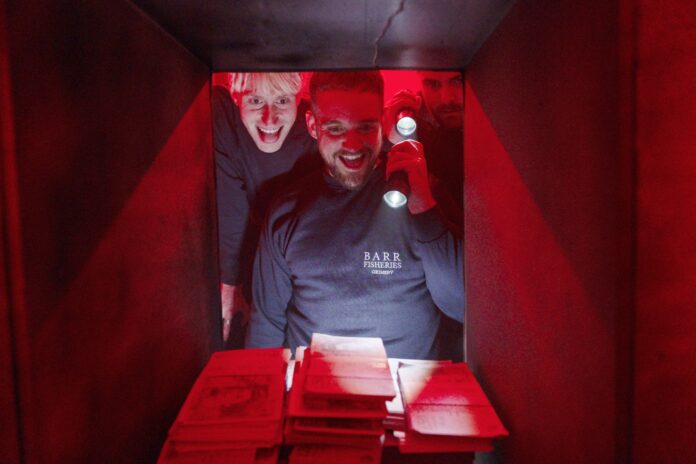 A few years ago director Jack Spring helmed the comedy ‘Destination : Dewsbury’ (reviewed HERE). he was only 19 years old and it was an impressive feature film debut. Well now he has completed his second film and we get a first look at it with the release of the the trailer for his follow up film is with the release of  the ‘Three Day Millionaire’ trailer.

You’ve seen Ocean’s 11, now get ready for Grimsby’s 4. After weeks at sea working for Grimsby’s last remaining trawler, three friends return home to have the ultimate three-day-long celebration. However, when they discover the company owner hasn’t been paying the workers and plans to shut the company’s doors forever, they realize they must save their company, save their friends, and most importantly, save their way of life. With the help of an unexpected confidant, the three lads attempt to carry out the greatest heist Grimsby has ever seen – what could possibly go wrong?