It’s all a world away from the apparition that appears to the 16 year old novice nun Anna (Galatea Bellugi) where the Virgin Mary appeared to  her at a remote yet industrious nunnery and now attracts crowds of worshippers.

Like exorcism’s, miracles and a politicians election promises, only a certain number of people believe in them and the Church are duty bond to investigate the veracity of the apparition to discredit the charlatans who usually purport what they’ve seen for their own ends. So it’s to that purpose they hire an investigative war journalist Vincent Lindon (Jacques Mayano) who comes with his own emotional baggage and he’s granted a team of church appointed experts each seemingly set on discrediting what Anna says she has seen. 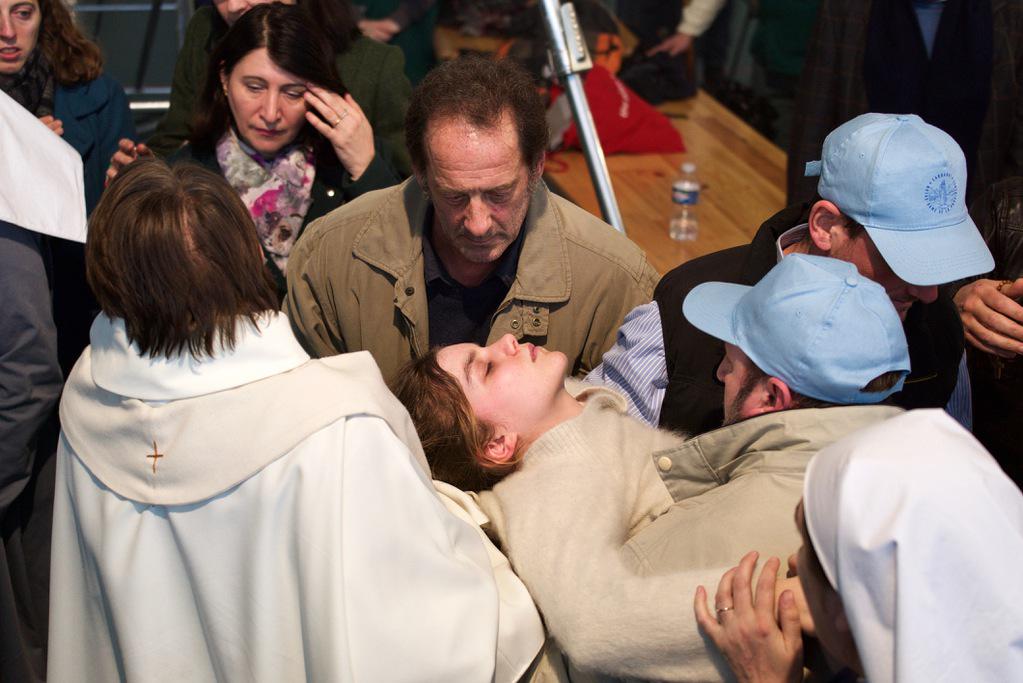 Xavier Giannoli directs and co-writes the film which is split into (biblical) chapters including The Messenger, Anna, Lion of Lucan, Revelation and the thrust of the narrative is whether this is all a hoax or not. As Vincent’s investigations progress, the more is revealed as to Anna’s background and that may well point to this being one big ruse despite her seemingly genuine and sincere belief about the apparition that she’s seen. It doesn’t help her credibility that she’s treated almost like a rock star as she’s smuggled out of church seminars and like any teenager she revels in her new found popularity.

It’s an undoubtedly intriguing premise which keeps you guessing in a great 90 minute film unfortunately the apparition keeps you guessing for a very, very, very long time as the actual running time is almost two and a half hours. It’s a film that desperately needs cutting down – and an hour could very easily be lost from this without losing anything because as it stands it’s a film to have you glaring at your watch, fidgeting in your seat and pondering whether the film’s editor fell asleep and forgot to cut the film down.

Here’s the trailer for The Apparition……