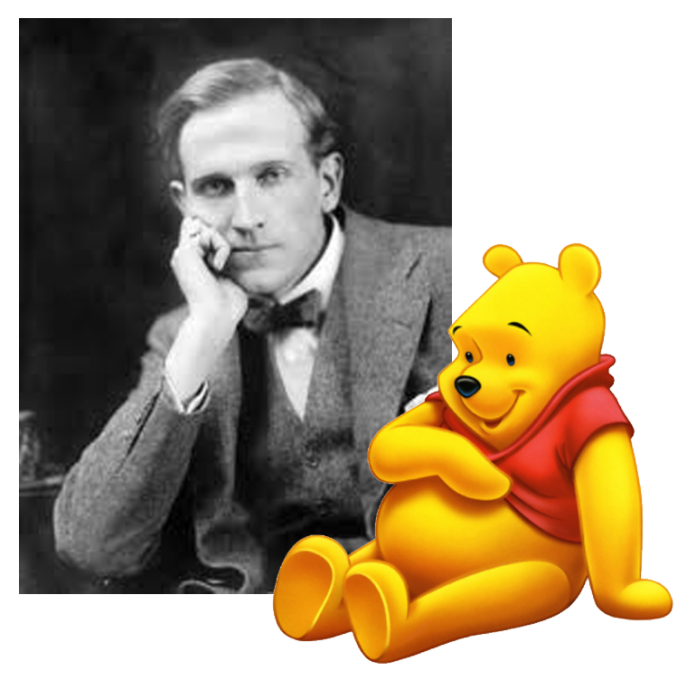 Did you know that after Mickey Mouse it’s Winnie the Pooh that is Disney’s most lucrative merchandise spin off? And despite the Editor being old enough to know better he still can’t stop a snigger when someone says, ‘Winnie the Pooh’……..anyway Fox Searchlight are about to make a film about the character’s creator A.A. Milne with Domhnall Gleeson (THE REVENANT, STAR WARS: THE FORCE AWAKENS) set to play the well known author with Margot Robbie (THE WOLF OF WALL STREET, SUICIDE SQUAD) as his wife Daphne in the film to be titled, ‘GOODBYE CHRISTOPHER ROBIN’.

The film will be directed by Simon Curtis (WOMAN IN GOLD, MY WEEK WITH MARILYN) and written by Frank Cottrell Boyce (MILLIONS) and Simon Vaughan (“War and Peace”).  Damian Jones (ABSOLUTELY FABULOUS: THE MOVIE, THE LADY IN THE VAN) and Steve Christian (BELLE) will serve as producers.

Director Simon Curtis said,“I am delighted to be collaborating with Frank Cottrell Boyce to tell the remarkable and poignant story of the family behind the creation of Winnie the Pooh. We are assembling a wonderful cast, headed by two actors I am longing to work with’.

The film will give a rare glimpse into the relationship between the author A. A. Milne (Domhnall Gleeson) and his son Christopher Robin, whose toys inspired the magical world of Winnie the Pooh.  Along with his mother Daphne (Margot Robbie), and his nanny Olive, Christopher Robin and his family are swept up in the international success of the books; the enchanting tales bringing hope and comfort to England after the First World War. But with the eyes of the world on Christopher Robin, what will the cost be to the family?

Looks like something of a change of pace for Margot Robbie whose career is expected to go into orbit when ‘Suicide Squad’ is released.