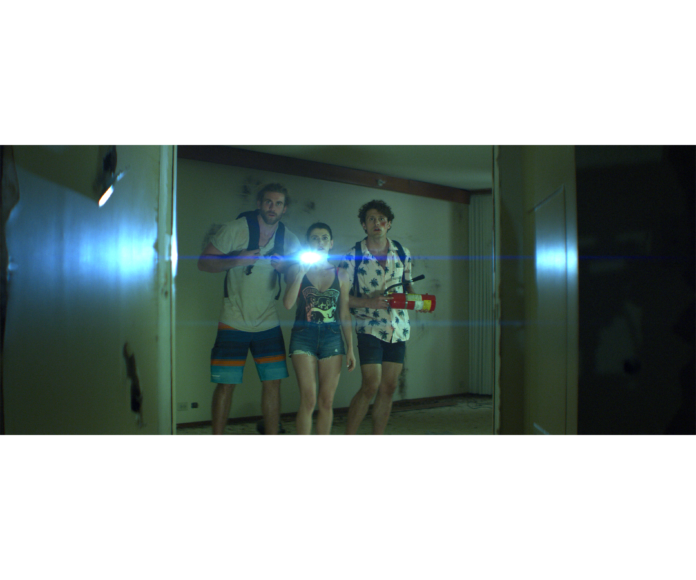 Now regulars readers will know that we make a lot of jokes at the expense of oxygen thief and professional salad dodger Gemma Collins  but its all done in good spirit because like us she loves her holidays and once had a romance with someone called Arg, who looks a bit Italian and had whisked her off to Rome for a romantic break where he plied her with the finest ice cream with sauces, flakes and all the other extras. Whilst she was there she was rumoured to have been heard saying how much she loves licking the nuts off a large Neapolitan (‘You’re fired!’ – Ed). But we digress because with the pandemic drawing to a close we’re all looking forward to a holiday but the resort in the Resort is one that no one would want to visit except of course teenage American backpackers. So it comes as no surprise as to who it is that decides to visit a derelict and rumoured to be haunted Hawaiian hotel resort. 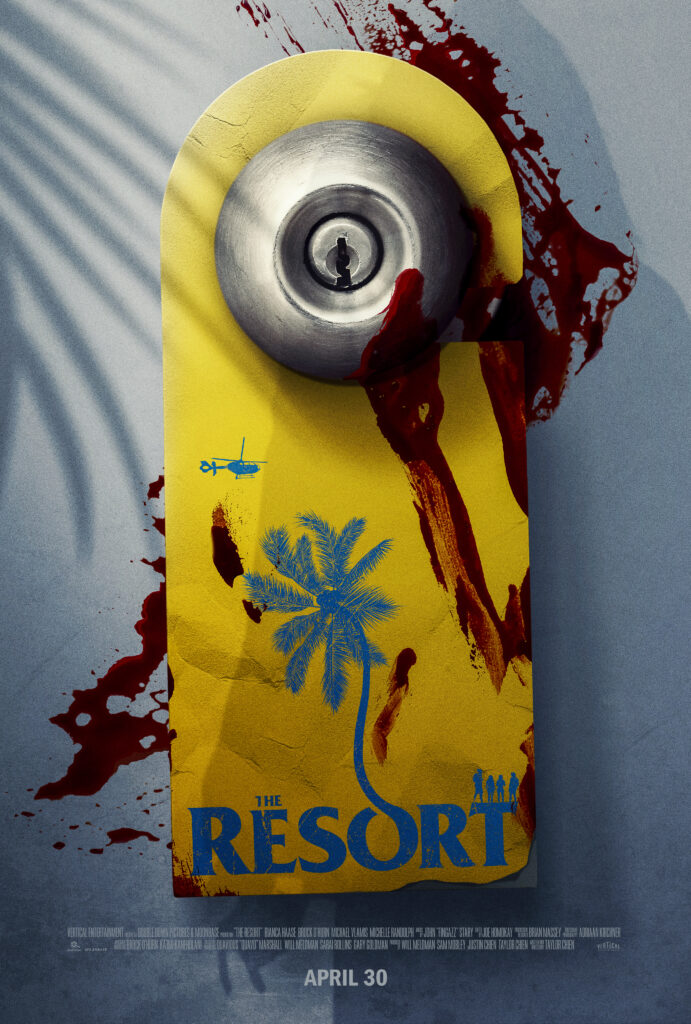 Starting with an opening scene where two security guards doing the night shift checks come to an inevitable demise. It’s all at the hands of the ghostly half faced girl who roams the hotel but especially Room 306 where all manner of horrors were allegedly purported before staff and guests fled in fear. It’s at the birthday of Lex (Bianca Haase) with her friends Bree (Michelle Randolph), Sam (Michael Vlamis) & Chris (Brock O’Hurn) that she cajoles them all into visiting the planted hotel. It’s at this point where The resort breaks the usual linear horror narrative as it leaps forward in tie with her in a hospital bed recounting to a detective what happened to her friends whilst they were there. Which is all very well but with this type of film where you know they’re going to be bumped off one by one it takes way part of the pleasure of guessing who if any will make it to the end.

So with the four on the island and at the hotel it all starts to go awry for them as presence of the half faced girl is felt. Writer- director slowly builds up the tension, although staple lines such as, ‘This can’t be happening!’ don’t help, as they get to room 306. With a clear nod to The Shining’s room 237 this room merely seems to have been overlooked by the maid  since the hotel was built (either that or our own cleaner had the contract where much like our office she merely rearranges the dust) . But from here the scares that the film has spent much of its time building towards finally begin and therein lies part of the problem in that the shocks and scares all occur in the final act and there’s one especially brutal bit of prosthetic make up effect that’s worth waiting for.

Running at a brief 75 minutes with a fleeting nod to The Blair Witch Project there’s a back story about the half faced girl that would warrant a sequel but it is the last act that horror fans will want to get to.