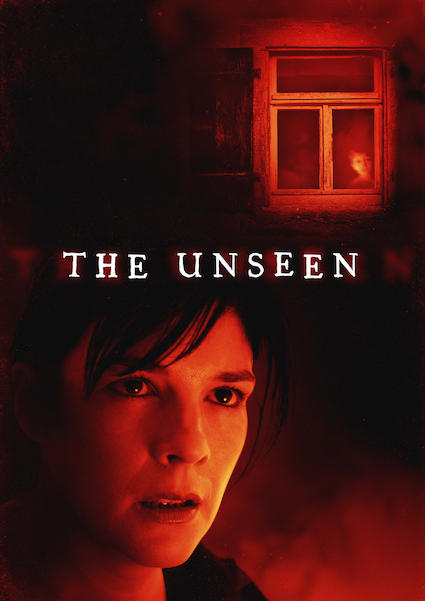 It’s rumoured that the late, great George Michael was in a night club when he tripped on a bar of chocolate left on the floor. It was a careless Wispa. The precarious bar of chocolate was Unseen which, courtesy of out tenuous links department,  just so happens to also be the name of the new thriller, ‘The Unseen’. Did you see what we did there? (‘Yes. You’re Fired!’ – Ed).

It’s a joke that’s not out of keeping with writer director Gary Sinyor’s previous films which have been nearly all comedy or romantic comedies. The Unseen is a sure footed move away from that genre into horror / psychological thriller territory with parents Will & Gemma Shields (Richard Flood & Jasmine Hyde) doting on their only child in their luxury house with its indoor swimming pool which leads to the tragic death of their son. For any parent its distressing viewing watching them frantically try to find him and the subsequent fall out and strain on their marriage with each silently blaming the other. Quite how any parent would react in such circumstances is not always obvious but here it leads to Gemma suffering temporary blindness nearly always at an inopportune moment (driving on the motorway being the most unnerving) and Will resorting to self instructed candle lit seances when he believes he sees his son running around the house.

It’s the appearance of Paul (Simon Cotton) a passer by helping Gemma out of an awkward spot that offers them an olive branch as a relief from their day to day nightmare as they struggle to cope with their loss.  Owning a luxury B&B in the Cotswolds he offers them respite to stay in one of his cottages for as long as they need. Mercifully they don’t bump into Paris Hilton because the thought of staying at one of her dad’s hotels might mean having to put up with the muddle headed minger popping in every 10 minutes…….. but we digress.  Instead Paul, on the surface, appears perfectly normal until nagging doubts start creeping into Will & Gemma’s mind. Where exactly is his wife? Why does he have hi-tech sound equipment in one of his rooms? Why does he always seem to be lurking around and why was he cast as Reggie Kray in ‘Rise of the Krays’  when he looks nothing like him?

Sinyor ,who writes as well as directs, keeps it moving along with enough hooks to draw you in and there are some effective moments with Gemma’s temporary blindness. Despite its supernatural elements it ultimately ignores the temptation of demonic forces being summoned and settles instead for psychological thrills and for a low budget British film its competently made with committed performances from all three leads.