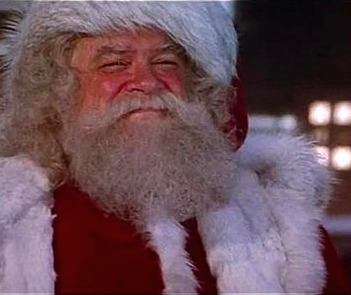 So with Christmas just around the corner and the Editor rounding off his year long audition as Scrooge (‘You’re all fired!’- Ed) we thought we’d look at the Top Ten Christmas movies that you may have (rightly) overlooked. And yes we know we’ve missed the obvious ones (It’s a wonderful life, Love Actually, Home Alone, The Grinch, National Lampoon’s Christmas) as well as the innumerable versions of A Christmas Carol but it’s just a bit of Christmas fun and you’re welcome to suggest yours at the bottom of the page……

An Arnold Schwarzeneggar movie and this is a bad, bad BAD Christmas film or is it actually a so- subtle-you-dont-notice-it dig at the commercialisation of Christmas that even the film makers missed what the scriptwriters were doing?

Voted as one of the worst films ever made about Santa who is kidnapped by aliens as they have no one to deliver presents to their kids. Yes it really is that bad. Seeing is disbelieving!

Hey, it’s got Gene Hackman as Popeye Doyle dressed as Santa in one scene.

Much like the Christmas family get together this is horrific.

A great musical extravaganza , ‘It’s Christmas in Heaven’ with topless dancers! – a favourite for Dad’s everywhere.

This is a  profoundly sad story about a woman who died alone in her flat and remained undiscovered for 3 years – a reminder that not everyone has a happy Christmas surrounded by friends and family.

Dan Ackroyd as a drunken gun wielding Santa down on his luck having lost his job to a homeless Eddie Murphy.

The Christmas party goes awry when terrorists turn up uninvited – In the words of the TV version, ‘Yippee-Kay-Ay! Muddy Funster!’

A reminder that your own little monsters can never be as bad as this even if you do feed them after midnight. If you’ve ever met the Editors kids, Adolf and Damian, you’ll know what we mean!