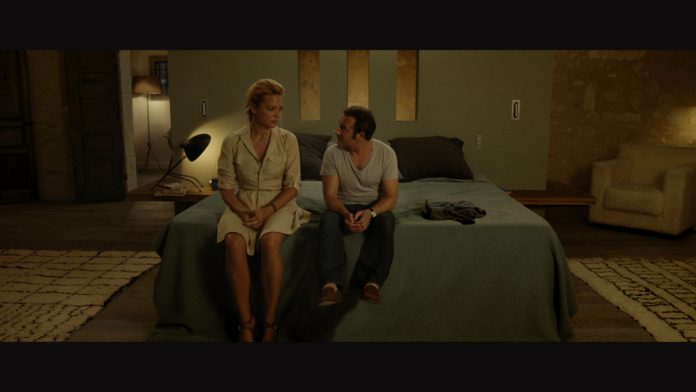 Sometimes things are never quite what they appear. Take our Editor for instance who at one time was a keen photographer of birds and wildlife and after having taken some photos found that the equipment in his darkroom was faulty and so went round to Bob’s, a friend’s of his, who was also a keen bird photographer but who was out but whose wife was in and allowed him in to use the darkroom. The Editor printed off his ornithology photos including a set of prints of a woodcock  whilst his friends’ wife showed him some photos she’d taken of a swallow.

Returning home the Editor’s wife asked him how it all went and all was fine until he told her, ‘Bob was out but his wife took me into the darkroom to see what would develop. Using an enlarger I showed her my woodcock and she showed me an impressive swallow!’

The Editor is now sleeping in the office until his wife has calmed down. But it just goes to show how things aren’t always what they seem.  This week’s new release ‘Up For Love’ is a French film which starts with Virginia Efira, who looks like a Katherine Heigl/Britney Spears hybrid, being called at home by Alexandre (Jean Dujardin) who has found her mobile phone and offers to return it to her on one condition – that she has lunch with him. It’s a more likely opener really for a horror film but she agrees to this unlikely opening gambit as she’s newly single. The irony of her personal situation is that she is a divorced divorce lawyer who is business partner with her truculent and bitter ex-husband.

So she rocks up not knowing what to expect and surprisingly the man is not a serial killer but a suave and handsome architect his only set back is that he’s only four foot five tall effectively making it look like she’s arranged a date with a school boy. It’s from here that an unlikely romance develops as she battles her, and everyone else’s, prejudice against dating such a man of such diminutive stature.

This is one of those films that on the surface is aromance with a none too subtle dig at prejudice. And rather than choosing the obvious ‘ism’s (race, religion or sex) chooses height and there are a wealth of jokes about it of which the late great Ronnie Corbett made a career. There are some effective jokes although a running joke about being knocked over by his dog outstay their welcome very quickly. At the same time it does challenge some outmoded stereotypes especially the erroneous Napoleon ‘little man’ complex which seems to be a myth perpetrated by the tall.

But what evolves here is an unorthodox funny and utterly charming love story whose outcome is never really in any doubt.