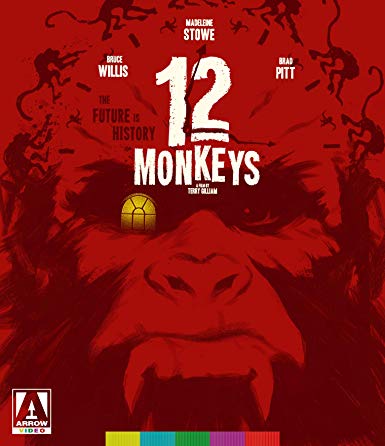 Terry Gilliam doesn’t make things easy for himself and up until 12 Monkeys that had certainly been the case. His first major Hollywood project ‘Brazil’ saw him get embroiled in a very public fight with the studio heads to get the film released and was followed three years later in 1988 with ‘The Adventures of Baron Munchausen’. That too degenerated into a debacle with the project going hugely over budget with Gilliam consequently finding that all his cherished projects would not be backed by any of the studio’s fearful of what might happen due to the director’s two previous films.

Understandably dejected by the constant rejection Gilliam took on 1991’s ‘The Fisher King’ the first script that he had not been involved in writing.  On budget with few issues it began to restore the studio’s faith in the director especially with the film having won an Oscar for Mercedes Ruehl as Best Supporting Actress.

12 Monkeys was to be another script that Gilliam had not written instead it was the work of David Webb Peoples (who had written Blade Runner & Unforgiven)  with his wife Janet.  The film was based on a quirky art house film La Jetee by Chris Marker who passed away in 2012. La Jetee was comprised entirely of black and white photographic stills to tell its story of a man exploring his memories in the wake of the devastation of a third World War. 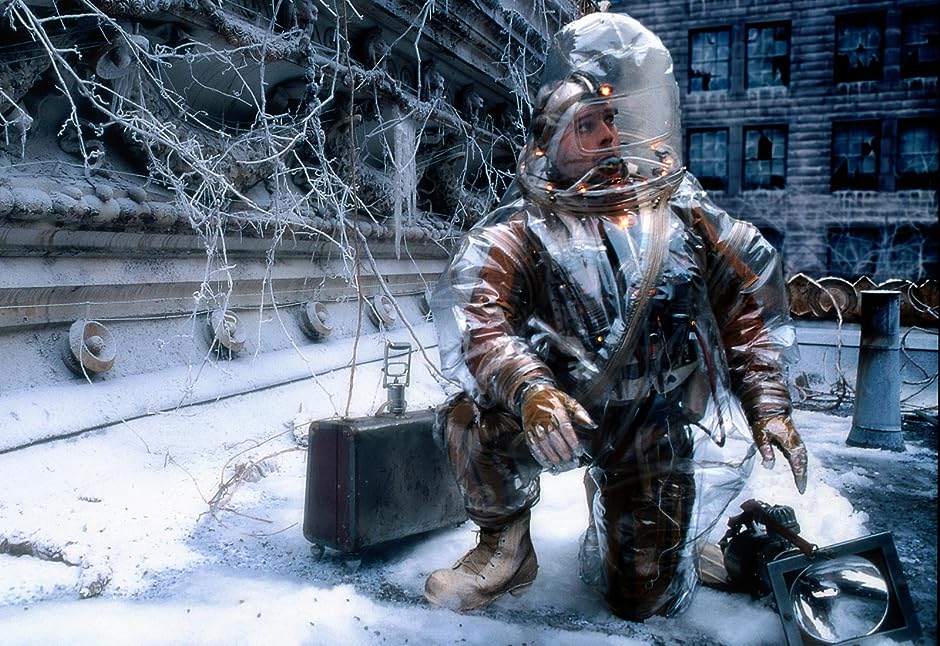 Starring Bruce Willis as a convict he is sent back in time to find information about a man made virus that has wiped out the majority of the human population. Willis was supported by Brad Pitt as a mental patient who might know more than he’s letting on and Madeleine Stowe as his love interest when he’s sent back in time. Pitt had to battle to get the part having established himself as easy on the eye beefcake which came to a head with his stripped to the waist appearance in Thelma and Louise. Determined to prove that he could act he put himself through extensive research as well as a voice coach to get it right. It paid off earning him a Best Supporting Actor nomination.

For Gilliam though the film was to be another battle. He had cast Bruce Willis, then one of the biggest stars in the world after the Die Hard trilogy and Pulp Fiction but the director put his foot down demanding no entourage and perhaps Gilliam’s best ever direction, ‘No Smirking!’ . It would be one of Willis’s best performance too who was equally keen to prove that he was more than just an action star. The other battle was with the budget. At just under $30m Gilliam could not go over as he was still trying to restore his reputation with the studios but the studio were desperate to cut the budget further to fund their Summer blockbuster ‘Waterworld’ which was leaking money at an horrific rate.

Gilliam kept it together. 12 Monkeys is as distinctive in its look as it is enthralling a story and audiences took to it with the studio selling it as a Willis / Pitt starrer than a Terry Gilliam movie but regardless the on budget movie made $168m worldwide. 12 Monkeys is one of Gilliam’s best, most coherent and popular films. 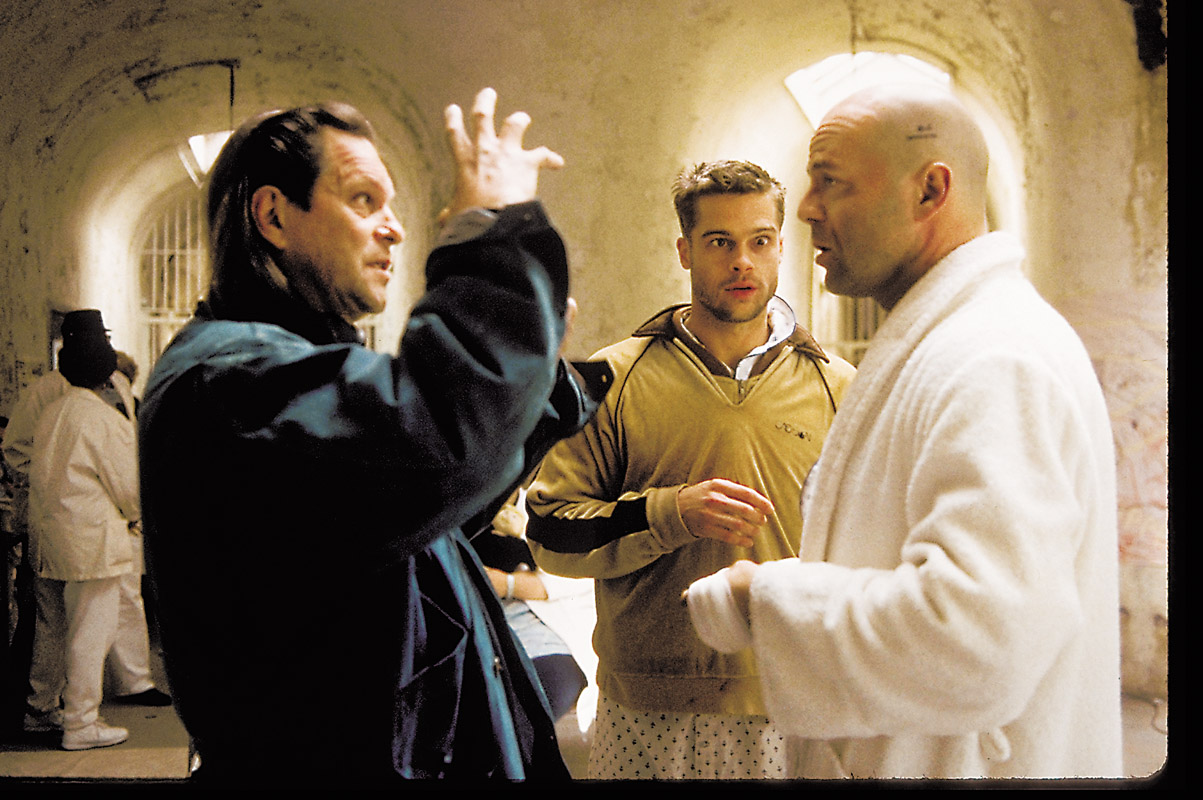 Released by Arrow Films it’s another retro disc given their usual TLC to great effect. The film has had a 4K scan approved by Gilliam who provides his usual infectiously enthusiastic commentary with producer Charles Roven and he’s not afraid to dish the dirt. Perhaps best on the disc though is the inclusion of a feature length documentary The Hamster Factor made by Keith Fulton and Louis Pepe. Made at the behest of Gilliam it was to cover him should things go awry that he could then show the studio that the problems were not of his making. It’s one of the great films about a film docs starting from the very beginning and going through production right to the audiences test screenings which is where Gilliam found further problems. The test card results from audiences did not reflect their reaction when he had watched them watching the film and many cited the central love story as not being credible. Gilliam’s problem was that he had managed to secure final cut for himself something he had battled to get ever since Brazil had initially been butchered and he now had the quandary of whether to re-edit the film at the risk that if it flopped he carried the can for the decision. Complimenting the documentary is a BFI interview he did at the time of its release which has further insights into the making of the film. 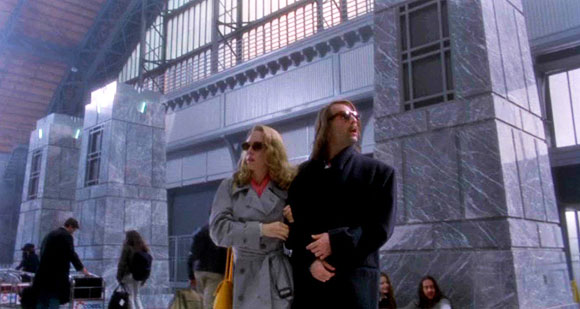 The disc also carries a huge gallery of production stills and designs as well as the usual trailer and there’s an interesting short featurette with Ian Christie who wrote the definitive book ‘Gilliam on Gilliam’. The disc also includes a great little collector booklet featuring new writing on the film as well as archive materials.

This is another great disc by Arrow Films and adds to their recent release of Gilliam’s far more personal ‘Tideland’ but 12 Monkeys is far more commercial and has a broader appeal. The film was to be a boost for all involved: Pitt would have the superb ‘Seven’ open the same year, Willis would go on to make the understated ‘Last Man Standing’ and Gilliam would now get the funding for his long gestating Hunter S. Thompson adaptation ‘Fear and and Loathing in Las Vegas’ whose failure would drag the director back to square one again

12 Monkeys is a great film complimented by great bonus features.