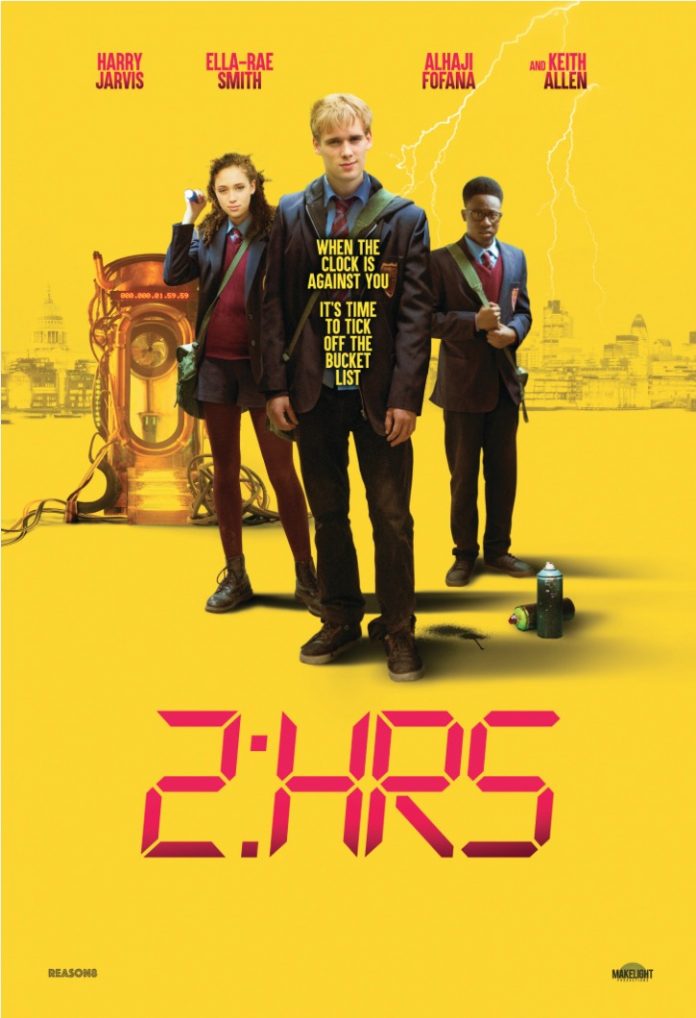 From Please Sir! to Grange Hill the portrayal of school kids as slightly naughty, vaguely rebellious but ultimately well balanced without a potty mouthed utterance between them has been a constant and in that respect 2hrs is no different. Here schoolboy Tim, (played by a slightly too old for the role Harry Jarvis) engages in low level criminality namely being a graffiti artist spraying his stencil designs like a juvenile Banksy. Coming from a single parent family where his father tragically died too young ‘graffing’ is his cry for help rather than a cry for a smack round the back of the head which these days police are regrettably unable to administer so instead they bring him home. 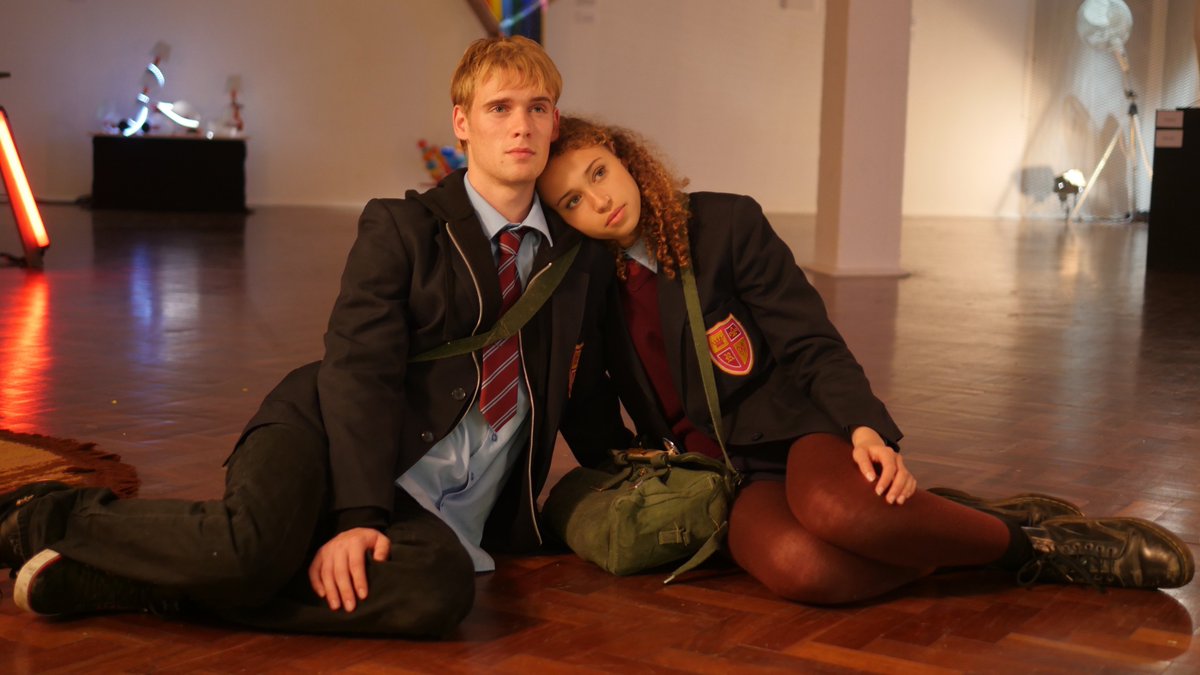 To the dismay of his mother, Tim is wholly nonchalant about his bruish with the law having been grabbed by the rozzers (‘Ooooh nasty!’ – Ed). Tim is less than sympathetic stroppy teenager with attitude problems who in turn ruins his sister’s chance at the school’s public speaking competition by hiding her poem. His sister is a whole lot more sympathetic than he is and her hilariously inept teacher who tries to give her words of encouragement is the funniest role in the film.

With Tim the tosspot now on a school trip to London’s Natural History Museum he slopes off into the basement with two of his friends to ’throw up some graff’ – apparently not some vile third world virus but a phrase for daubing his stencil on the walls on the iconic building – he’s not really getting any more likeable is he? It’s in the basement they find the world’s least attended press conference –  the press conference’s we’ve attended have occasionally provided food hence boosting interest immeasurably yet here there’s fewer journalists than there have been punctual South East train arrivals. The press conference is for the Vitalitron, a machine that predicts how long you have to live and so Tim the bolshy little sod pushes himself into the machine only to find the machine predicting that he’s only got 2hrs to live. 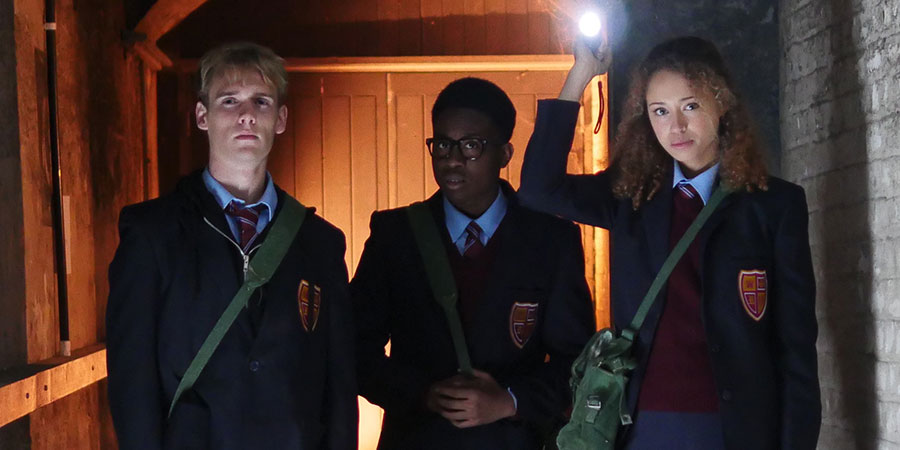 Now at this point the audience would really want Amanda Holden in the machine to see how long they’ll have to endure the dead eyed, plate faced, celebrity adulterer appearing on TV screens but No! It reminds us of a mystic who once asked our Editor, ‘Would you like to know how you will die?’ ‘ No’, he told her only for her to say, ‘Oh well it doesn’t matter then’ leaving him terrified of succumbing to any freak accidents. This goes some why to  explaining why he never opens his wallet when it’s his round presumably because he thinks its booby trapped (‘You’re fired!‘- Ed).  So our ‘hero’ Tim rather than get maudlin or attempt to prolong his life decides to execute his own bucket list with his primary aim  being to kiss the school hottie (who’s nottie) Georgie (Leila Yvetta) before his 2:hrs is up.

Released on VoD this is very much tweeny stuff. Written by TV writer Roland Moore he’s managed to throw in a couple of knowing lines most obviously when Tim is teetering on a roof top one character shouts out, ‘He’s going to toss himself off!’ (if you’ve ever had a bird crap on you, you might want to check again). Frankly it’s a line which every teenage boy will be only too familiar with having spent every morning, noon and night indulging in such activity ever since puberty hit.

2hrs has a decent cast with names that include Siobhan Redmond, & Keith Allen doing an American accent demanded  by the script for no convincing reason. Joining them are Marek Larwood (ex- We are Klang comedy troupe with Greg Davies) and stand-up comedian Seann Walsh who gives it his slapstick all as a pair of inept journos given the slighty queasy task of chasing school uniformed kids around the streets of London like some sanitised paedo pac-man. 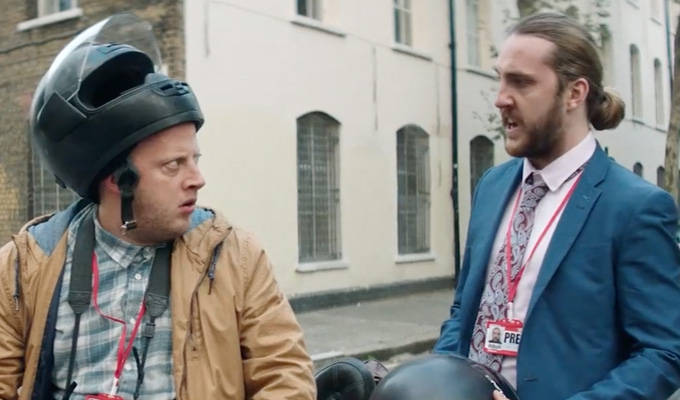 For a film titled 2hrs it only runs 85 mins which is plenty long enough and really this if for fans of Harry Jarvis.