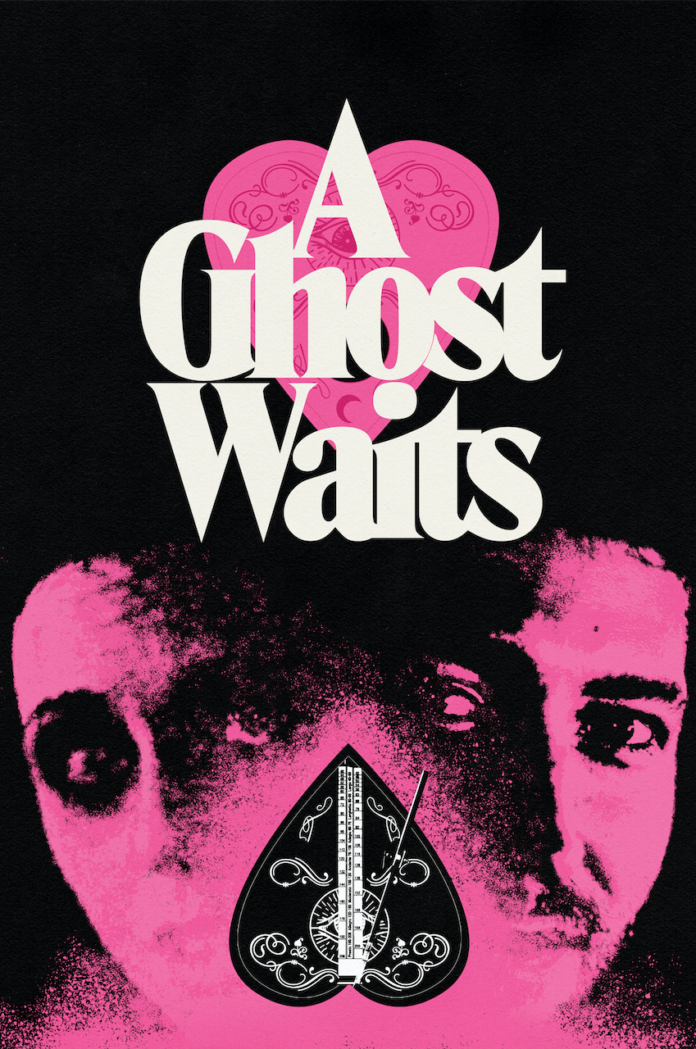 So as a student most of us have rented some pretty ropey accommodation perhaps none more so than the landlord who said the house had a water feature which it turned out to be rising damp. In writer director Adam Stovall debut feature ‘A Ghost Waits’ the conversation piece is the house ghost glimpsed in the opening scene as shock faced ghost Muriel (Natalie Walker), looking like she’s inserted a suppository too quickly, scares a family to flee in fear. With the family gone a ghost waits for the next occupier to terrorize. 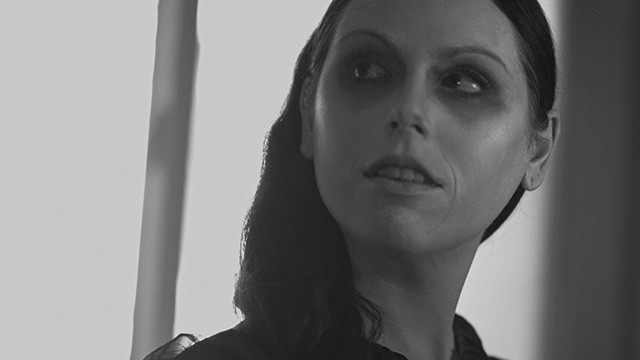 The next resident is Jack (Macleod Andrews) a DIY man temporarily homeless whilst his own flat is fumigated and leaving messages for friends asking to sofa surf but none of them return his call. So with nowhere to sleep he opts to sleep in the house he has been sent to repair where he finds the family have left all their belongings  in a bid to get out of the house like in a manner not dissimilar to any woman having heard that disgraced sports commentator Andy Gray is their gas meter reader. The film soon adopts the haunted house horror tropes with doors that open on their own, things that go bump in the night and items disappearing. It’s enough to eventually freak out Jack and leave the house and it’s all part and parcel of Muriel’s job as the film reveals she works from an ‘other worldy’ agency whose employees specialize in house hauntings. In that respect this borrow heavily from Beetlejuice but the spin here being that Muriel takes sympathy on Jack and appearing before him the pair strike up a friendship which puts Muriel’s job in jeopardy and the agency sending in another ghost to up the scares that Muriel has now abandoned. 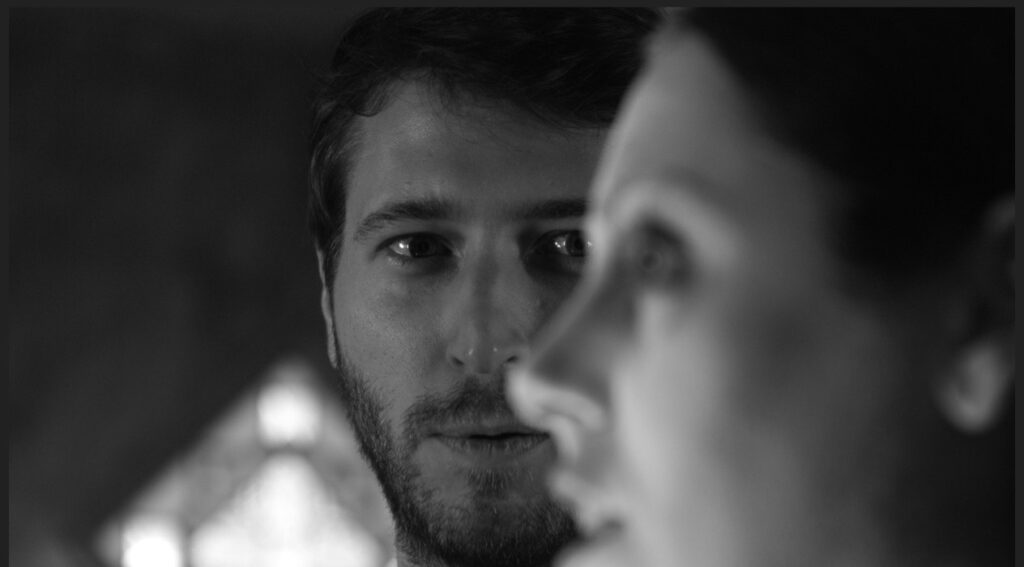 But it’s questions from Jack about Muriel’s predicament that deepens their friendship and A Ghost Waits becomes a far more of a love story than horror. Macleod Andrews is quirkily endearing as DIY man Jack and Natalie Walker as Muriel the 200 year old ghost handles her deliberately stilted lines well. Shot in black and white and running at only 80 minutes A Ghost Waits runs nicely building to an unexpected ending that manages to be both downbeat yet touching.

We spoke to director Adam Stovall about A Ghost Waits…..

Here’s the trailer for A Ghost Waits…….

A Ghost Waits is premiering exclusively on ARROW in the UK, US and Canada via www.ARROW-Player.com

The Father follow up with an all star cast of top...