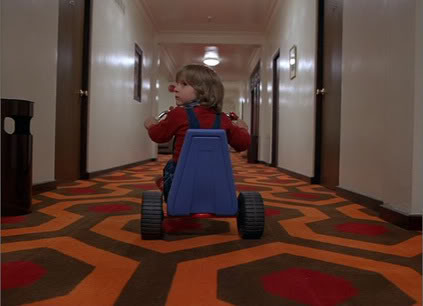 Stephen King’s 2013 novel, Doctor Sleep, which became a bestseller upon release was the sequel to his book The Shining which in turn was adapted by Stanley Kubrick into his modern horror masterpiece.

Inevitably Doctor Sleep , like most of King books, has been optioned and is to be made into a film and is  being adapted for the screen by Akiva Goldsman, who won an Oscar for adapting ‘A Beautiful Mind’ which is no bad thing and also adapted ‘ I am Legend’, as well as ‘The DaVinci Code’. However he also wrote the script for the pun riddled ‘Batman & Robin’ which temporarily killed the franchise.

The plot follows Danny Torrance, now an adult,  years after the events in the Overlook Hotel but still suffering from what happened to him and his family. He develops a psychic link to a 12-year-old girl who he must save after she gets involved with a sinister group.

King will be an executive producer on the project while a director is still to be confirmed.

With Kubrick having died in 1999 it’s not known who is in the running for the project. King was famously critical of the film and even went as far as to make his own version albeit for TV but it was never going to bear comparison to Kubrick’s version.

Leon Vitali, Kubrick’s right hand man on ‘The Shining’ was responsible for having found Danny Lloyd to play Nicholson’s son on the film and was on set every day. Our Deputy Editor interviewed him and asked him about Stephen King visiting the set. Leon told him, ‘ I think Steven had not really understood the way that Stanley worked. He’d wanted to visit for some time and Stanley didn’t really like that. Diane Johnson never came on the set. You had to let go of the thing once the writing had been done. The script could change and some people are very attached and very precious about stuff and you sometimes had to go through this discussion or argument about something being changed and Stanley would rip dialogue out and he’d just say, ‘Wait a minute how would you say it?’ And so the construct of the line would change you know. We’d basically finished all the shooting except the typewriter inserts, ‘all work and no play stuff’…. it was just one set and the table was set up and the lighting with the typewriter in shot you know and Steven turned up and it was just after lunchtime and Stanley said take him around the set, Stanley didn’t want to meet him. So I did and of course he was very angry he was outraged I don’t think it was a particularly subtle way of dealing with the situation. I think more than anything that that was just a case of two extremely big egos and that’s probably the reason why Stanley kept it the way he did because he just didn’t want to engage with someone who felt precious about the story or the adaptation.’

So quite what a sequel to such an iconic film will be like is anyone’s guess?