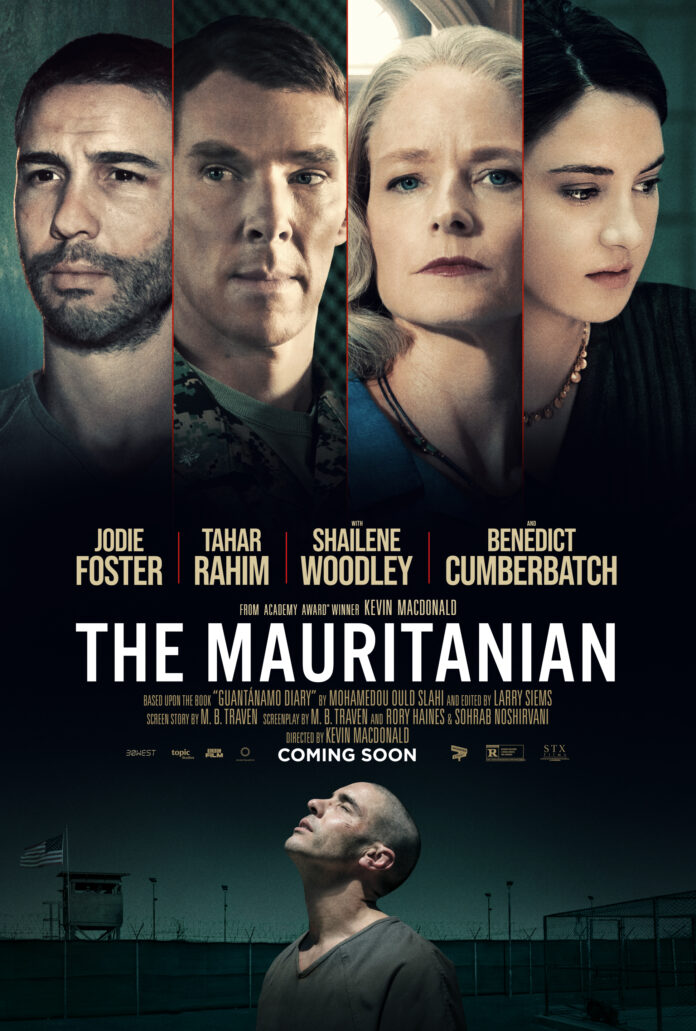 With innocent individuals plucked from the streets and prey to all manner of lawless depravity Guantanamo Bay could easily have been mistaken for a party at Jeffrey Epstein’s island. Though unlike his notorious parties where any evidence mysteriously disappeared when he committed suicide by shooting himself in the back of the head three time from a car or whatever ludicrous explanation was given, the evidence against Mohamed Ould Salahi (Tahar Rahim), The Mauritanian of the title, was all on file but securely kept out of reach.

Salahi’s case became notorious when it was bought to attention of real life defence lawyer Nancy Hollander (Jodie Foster) , ‘some humanitarian crusader’ as she is described here. Starting only months after 9/11 he finds himself abducted by a relentless US determined to pick up anyone with even a passing acquaintance with Bin Laden and for Salahi it is because the terrorist who flew one of the planes into the South Tower had stayed for one night at his flat making a call to the terrorist -in-chief himself. It was enough to land him at ‘Gitmo’, as it is referred to, for several years without charge before Hollander picks up the case running on a habeus corpus case meaning that no one can be held indefinitely without charge. Determined to get a scalp the US has devout Christian Stuart (Benedict Cumberbatch) Couch, a top military prosecutor, assigned with his remit to get The Mauritanian the death penalty.  It’s made all the more personal for Couch as his close personal friend was the true pilot of the plane before the terrorist hijacked it. 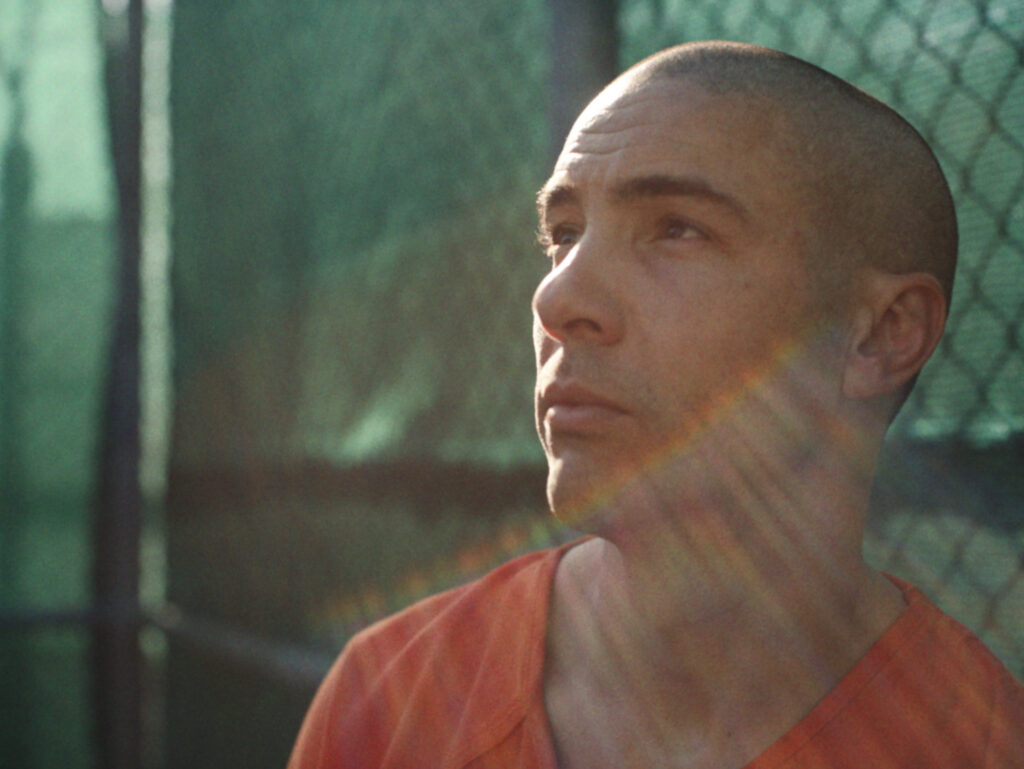 It’s a cast that might well divide audiences centring as it does on a simple matter whereas the bigger picture was that he was a recruiter for 9/11. But what both sides of the case struggle with is that there evidence is all hearsay and that crucial papers are being deliberately held back from each lawyer and it is those papers that are the key to both sides potentially winning the case. Oscar winning director Kevin Macdonald handles the story adeptly with a number of flashbacks used to determine what happened and attempt to humanize him. For years he was kept in solitary confinement only able to befriend an anonymous male in the next fenced off portion of the court yard  where they kicks footballs over the fence to each other. But  as the film progresses they’re not the only balls that will get kicked around as seen in a gruelling sequence which portrays the horrors perpetrated on prisoners in a catastrophic attempt to elicit confessions with a number of disastrous techniques that were exposed in 2019’s Adam Driver film ‘The Report’ (see our review HERE).

There are three solid performances at the centre though Foster does seem to have an undue number of ‘studying files with concern’ scenes, both her and Cumbarbatch play support to Rahim as the Mauritanian. That the outcome of the case is well known doesn’t detract from the legalese that drives the film and, like so many films that finish with end captions, holds surprises because whilst Dick Cheney and his puppet George Bush Jr bulldozed through legislation in the wake of 9/11, Obama, whose own foreign policy was at best, weak, doesn’t come out of this much better.

Here’s our interview with director Kevin Macdonald about the film (and where he keeps his Oscar!)…..

Here’s the The Mauritanian…….