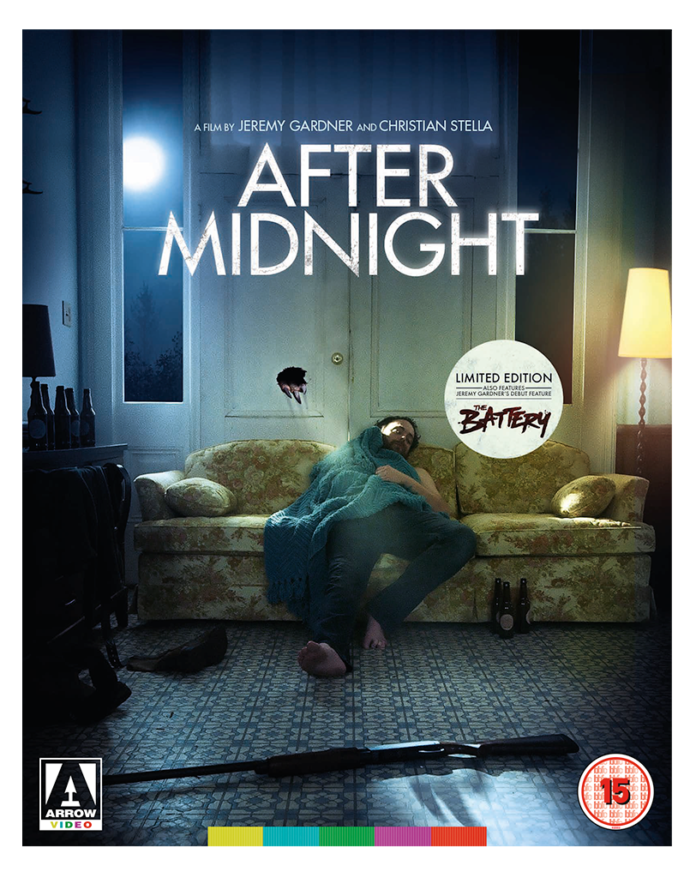 After Midnight with its monster lurking outside and attempting to break into a house is a fitting parallel with the lockdown we’ve all gone through for the past couple of months. After Midnight is different though from how our Editor arrives home from The Nags Head on a Friday night because whilst one has a gruesome knuckle dragging creature late at night roaring at the front door trying to find its way into the house the other is an independent film written, directed and starring Jeremy Gardner. (‘You’re fired!’ – Ed). Gardner plays Hank living in a recently inherited house which needs  work doing on it which he shares with his girlfriend Abby (Brea Grant) as they discuss their plans for the house , their future and a life together. That is until Abby mysteriously goes missing and Hank spends each night sleeping on a sofa jammed against the front door and nursing a rifle to prevent a lurking monster from trying to break in each night. It’s a monster that no-one in the town believes exists especially the small town police officer.

Gardner’s script flits back and fore between his life with Abby before she disappeared and the present as he does his best to keep the creature out of the house. It’s the regular rewind  to the couples story that gradually reveals their relationship is not as rosy as Hank thinks it is and some may find this irritating as anyone wanting a monster movie is going to be frustrated by the moments of naval gazing by Hank about his now missing girlfriend. Equally those wanting horror will find this a little tame and there are obvious comparisons to draw with the superior, ‘A Quiet Place’. So with the slightly dull drama and not much horror it falls between two stools never really satisfying either audiences. The creature assaults on the house are in some cases well done but Gardner has missed an opportunity to include some decent tense set pieces which don’t need special effects or CGI and would have made the moments of drama less tedious.

It’s a slow first half and even with its brief 83 minute time it needs something more.

Here’s the After Midnight trailer…….