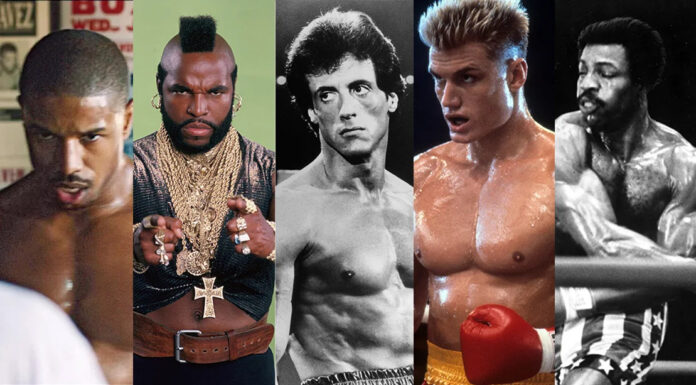 So while we wait for Creed III to be released shortly there’s news of another Rocky spin off and this time it will be Drago that was so memorably played by Dolph Lundgren in Rocky IV and popped up again in Creed II where his character’s son, Viktor Drago stepped into the ring against another offspring of Rocky’s rivals, Adonis Creed.

Writing the screenplay is Robert Lawton who landed the gig after impressing MGM studio executives with his spec script “Becoming Rocky,” about the making of the first “Rocky” film.  Unfortunately that was never made but there had been rumours about the studio wanting to do a another Rocky spin off film that has never been confirmed until now.

“I think there’s some talk about doing a whole spinoff on Drago with MGM,” Dolph Lundgren, who played Ivan Drago, told the industry press in 2021. “So you may get more of that.”

Whether Lundgren or Florian Munteanu, who portrayed Viktor Drago, will reprise their roles in the spinoff of a spinoff story have yet to be confirmed and plot details are being kept under wraps.

“Creed III,” is released  on 23rd November 2022 with Michael B. Jordan, who plays Adonis Creed, directing the film in his feature debut and will be the first “Rocky” film without Stallone appearing although he is a producer on the film.