Since the Rocky franchise drew to a close after the sixth film we had a kind of extension with the Creed films both of which opened to acclaim with both critical and box office success with Michael B Jordan in the title role as Apollo’s son following in his Dad’s footsteps. Well now we have some news on a third film and who will be the Creed III director.

The previous two films have each had different directors and its now been formally announced that the Creed III director will be Michael B Jordan who has long been linked to the job in what will be his directorial debut on the third film in the franchise. 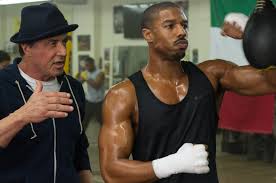 The actor will reprise his role as the embattled boxer and will also produce the film which is has set a release date of November 23rd 2022 (please let this pandemic be over by then!)

Appearing alongside him will be Tessa Thompson and Phylicia Rashad who will reprise their roles as Tessa and Bianca respectively. The third film is being written by Keenan Coogler and Zach Baylin which will be based on a story outline by original “Creed” director Ryan Coogler. At this point it is not known if Stallone will make an appearance but we can’t help but feel that somehow he must put in an appearance somewhere along the line

The first Creed film made $173m and the second made an even better $214m and both films were both modestly budgeted so a third film was always on the cards. Irwin Winkler, Charles Winkler, William Chartoff, David Winkler, Jonathan Glickman and Ryan Coogler will all produce in what is a bit of a family affair with Zinzi Coogler executive producing and Keenan, as already mentioned, scripting.

Here Michael B Jordan with Jamie Foxx at the No Mercy UK premiere….

…….and watch him at the Black Panther European premiere HERE!