Since TV’s Candid Camera the prank has been something of an audience favourite and has evolved and refined over the years with Sasha Baron Cohen probably being the finest and most notable modern day exponent of the art taking it to such extremes that he has placed himself in physical danger. Out of necessity it’s little wonder that his pranks are meticulously planned. Unfortunately his genius has spawned the YouTube wannabe with a parade of half arsed and woefully unamusing young men trying to emulate the success which came to a head with the truly appalling ‘Natural Born Pranksters’ a woeful exercise in self indulgent tosh that had the YouTubers calling themselves prankers which was wholly appropriate if it was cockney rhyme.  Bad Trip moves the genre on a step. 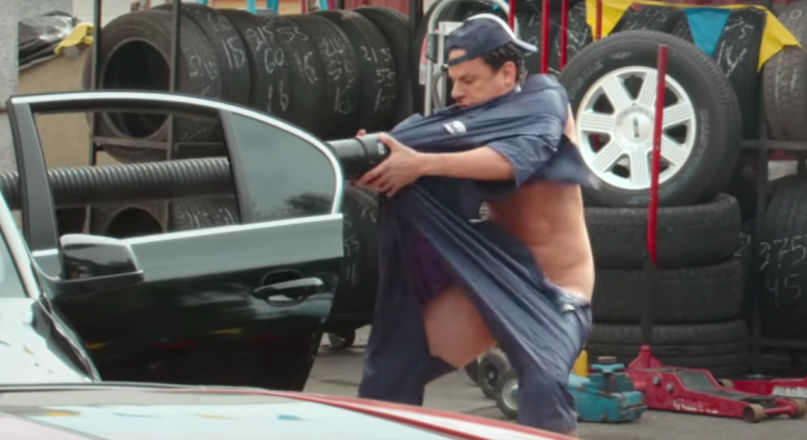 Co-written and  starring Eric Andre as Chris, an LA based down on his luck employee of various minimum wage jobs, who finds Maria, an ex high school crush,  come into his place of work as a customer and he is immediately smitten again. Having reacquainted himself with her Chris finds that she now lives in New York and determined to not miss an opportunity to try and date her and so he embarks on a cross country road trip with his best friend Bud (Lil Rey Howery). But whilst they travel across the US they are pursued by Bud’s sister Trina (Tiffany Haddish), a psychotic ex-con recently escaped from her penitentiary, furious that the duo have taken her car to go on what becomes an increasingly bad trip for them all. 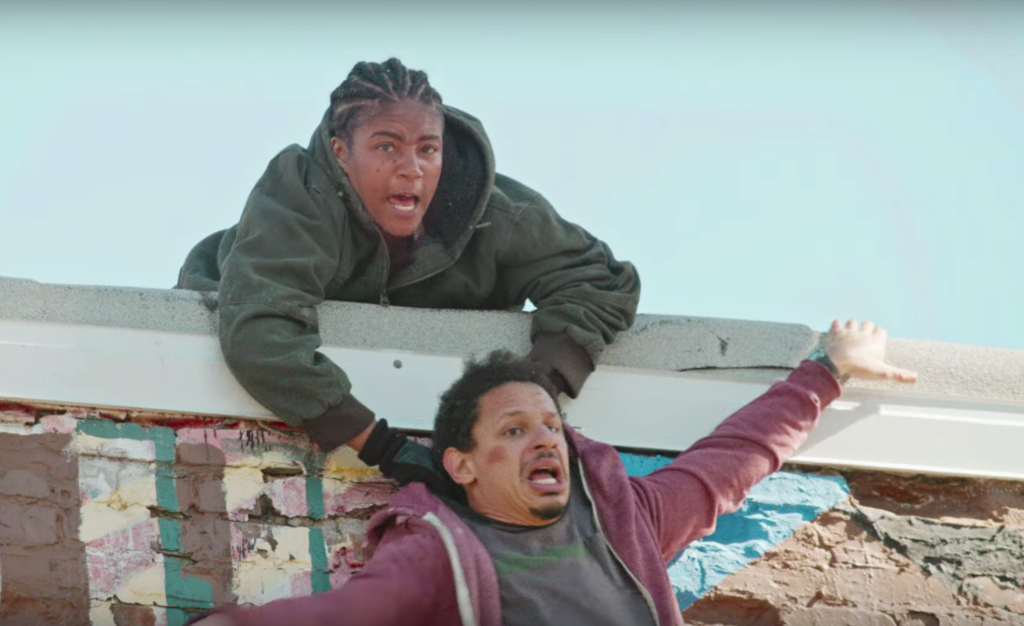 It’s the thinnest of story lines as most road movies are but here it’s merely a premise to stage a string of pranks to draw in members of the public. In that respect it serves its purpose and there are some outrageous and often hilarious set ups and its credit to Eric Andre that he performs several stunts himself. So whilst several are low key and innocuous they soon become increasingly lewd culminating in a zoo sequence where he enters a gorilla pound in a scene that is as far removed as anything that Candid Camera ever came up with or could ever transmit on its TV show.

There are some inspired moments with Andre carrying out most of the pranks to varying effect but where several fail is their dependence on how the public might react (and it does seem that the public’s first reaction is to whip out their phones and start filming Andre’s antics)  and a few of the pranks have weak pay offs or just peter out and there’s not the sharp wittedness of Sacha Baron Cohen’s ability to think on his feet with smart lines. But when the pranks are good, they are very, VERY good with a scene set in a line dancing country and western club that’s both funny and shocking and perhaps most surprising is that Andre comes out of it untouched.

So yes Bad Trip is puerile with moments of gross out hilarity but it moves along swiftly enough to not outstay its welcome.