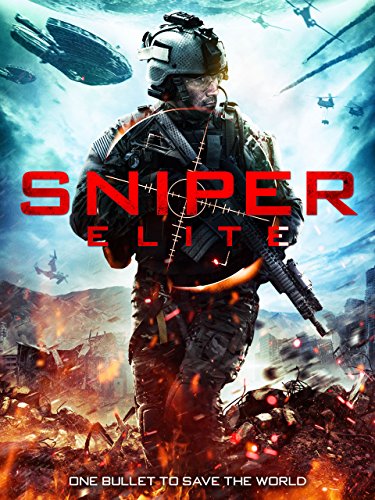 Director Brad Peyton has made several of the better Dwayne Johnson films on Journey 2 : the Mysterious Island, San Andreas” (with a sequel in development) and the hugely entertaining monster fest that is “Rampage”. Next up for him is a character-driven actioner Sniper Elite film that is  based on the stealth-shooter video game franchise which has sold far in excess of a 30 million copies!

The Sniper Elite film will follow an elite Allied sniper, Karl Fairburne,  who engages in a cat-and-mouse chase with a Nazi assassin through the streets of London at the height of the Blitz during World War II. Fairburne must stop the lethal killer from taking out British Prime Minister Winston Churchill….in fairness rumours that it was going to be Theresa May were abandoned when it was realised that Fairburne would have allowed the assassin to succeed and probably would have helped him too.

Though this sounds a little like a version of “Enemy at the Gates” the film makers have said that the sniper elite film will be a lot lighter in tone being described as a cross between Guy Ritchie’s Sherlock Holmes film and the bone crunching action of The Bourne Identity films.

Brad Peyton is co-writing the Sniper Elite film with Gary Graham (who is rumoured to be working on an I Am Legend reboot) while Jean-Julien Baronnet (who has a track record in this type of genre having produced Assassin’s Creed) and Jason Kingsley (who was behind the excellent 3D version of Dredd as well as the recent School’s Out Forever)will produce. Whether we’ll see Dwayned Johnson reunite with Peyton is unknown and in fairness the actor has a busy few years ahead of him with Black Adam, San Andreas 2, Doc Savage and a Big Trouble in Little China reboot and there’s bound to be another Jumanji sequel!