Who would have thought that the lion from the Wizard of Oz, a human horse hybrid and a man whose appearance transformed overnight into a male mid-life crisis would write many of the greatest and most memorable songs of the last 40 years?  Yet for Barry, Robin and Maurice Gibb respectively The Bee Gees did exactly that. How Can you Mend a Broken Heart? one of their greatest love songs aptly sums up Barry Gibb still grieving for the tragic loss of his three brothers that  included youngest sibling Andy Gibb. Directed by Frank Marshall the documentary follows their almost immediate success back in the late sixties under the management of the late Robert Stigwood. In fact so much success that as Maurice Gibb reveals in one of many archive interviews that he had 6 Rolls Royce cars by the time he was 21 years old yet by 1969 they had spilt up with Robin and Barry wanting their own solo careers. For them it never really worked out and the brothers reformed in 1971 but in typical rock n roll style Barry admits that popping pills and drinking had its impact on their creativity and their immense popularity took one of several downturns where in an almost improbable twist having played stadiums they ended up playing Northern working men’s clubs.

It’s one of several almost too incredible to believe moments revealed in How Can you Mend a Broken Heart? and this is a decent documentary about a group who perhaps are unjustly overlooked for their incredible back catalogue of hits. It’s probably Saturday Night Fever for which they will be best known which at the time became the biggest selling record of all time (until a then black singer Michael Jackson went solo). They were already putting another album together when Stigwood asked them to provide tracks for a film that he had produced based on a magazine article. It’s a mark of just how influential their music was that anticipation for the film was driven by what the Bee Gees only ever regarded as a soundtrack rather than an album in its own right. It was also the defining reinvention for their famed falsetto singing brought about by having relocated from the Isle of Man to the far more glamorous setting of Miami where a car trip over a rickety road gave them the idea for the beat to Jive Talking. 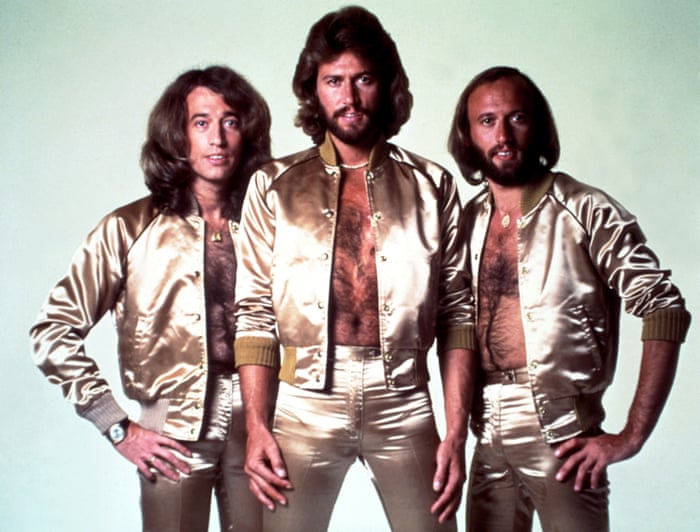 Frank Marshall’s documentary has assembled some astonishing archive footage notably the ludicrous back lash against disco instigate by daft American DJ Steve Dahl and his Disco Demolition Night in a sports stadium that saw white thugs turn up and burn records by mainly black artists before the whole thing degenerated into a riot. And yet where is Steve Dahl now whereas the Bee Gees songs live on despite the back lash which saw them unable to get further new songs played on radio and pushed them into writing songs for others. But when you see who those others were  – Barbra Steisand, Dionne Warwick, Celine Dion, Diana Ross (and who can forget her hilarious missed penalty kick appearance at the opening ceremony of the 1993 World Cup) and a duet for Kenny Rogers and Dolly Parton. 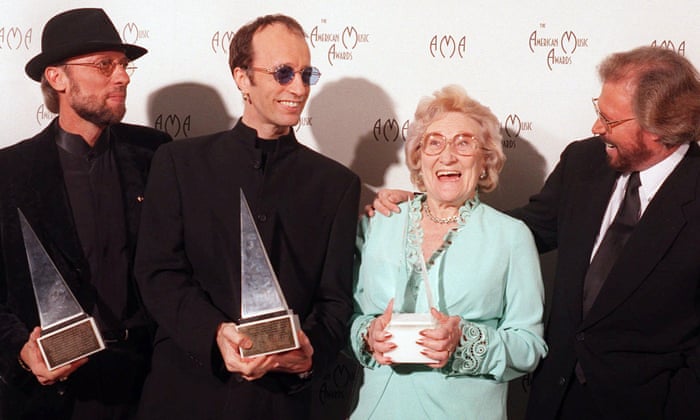 They never lost their touch for a great song and it show with a diverse range of talent that takes in Eric Clapton, Chris Martin, Justin Timberlake and perhaps most unexpected of all, Noel Gallagher. But the documentary is not without its faults – there’s little about the effect of their success on their first marriages (Lulu was Maurice first wife and Barry married a former Miss Edinburgh). Their foray into appearing in the disastrous feature film ‘Sgt Peppers Lonely Heart Clubs Band‘ in 1978 is also swept under the carpet but as this was another Robert Stigwood production it’s likely that there was some coercion going on but it’s never touched on. Nonetheless there’s nothing that can take away from what was their undoubted genius and the film is book ended by a sense of melancholy by Barry Gibb who, having lost his brother Andy to a drugs overdose, Maurice to a intestinal problem and Robin to cancer that he would have willingly given it all up for them to still be around. How Can you Mend a Broken Heart? is a worthy if uncritical appreciation of the group, their music and their legacy

Here’s the How Can you Mend a Broken Heart? trailer……..

IN UK CINEMAS FOR ONE NIGHT ONLY 3rd DECEMBER 2020