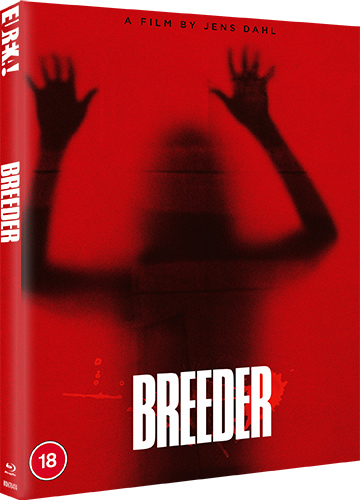 With the torture porn films passing their peak about fifteen years ago it seems that our now ex European friends are determined to resurrect the genre as seen with the recent release of  The Ringmaster and Breeder falls under the same category. Breeder is a Danish film written by Sissel Dalsgard Thomsen that follows Mia (Sara Hjort Ditlevson) wife to Thomas (Anders Heinrihsen) a powerful business man blackmailed by his partner Dr Ruben (Signe Egholm Olsen) into continuing her somewhat dubious research into extending human life. She has something of a vested interest in this having already been drinking from her own science researched fountain of youth and not looking her 61 years of age (think disgraced Sky news reader Kay Burley but somehow less hateful). 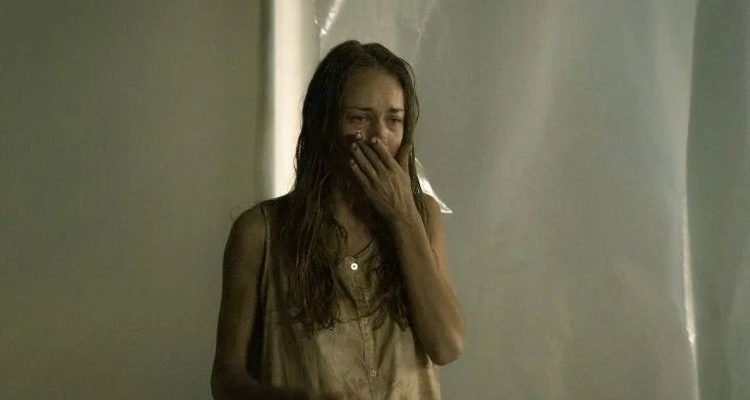 It all starts when Mia’s au pair from the neighbouring house turns up all bloodied and battered banging away on her front door like the most desperate of door to door salesmen having been forcefully turned away from every other house in the street. Taking her in Mia tries to comfort her before Thomas offers to take her to the hospital only to take her straight to Dr Ruben’s factory of fear. It’s here that she is aided by two psychotically violent Igor like assistants called Dog and Pig who behave in such an abominable manner as to warrant complaints from Amanda Holden and Gemma Collins wanting to defend their brand.  But it’s when Mia uses her ‘find my iphone’ app that she finds her husband has been nowhere near a hospital with the au pair and goes to investigate. It soon goes awry as she is taken prisoner by Dog & Pig and Dog instigates a number of indignities that he will perpetuate on her throughout the film.

It’s a little unedifying to see such unsavoury unpleasantness heaped on a woman in film regressing to the days of women as victims in horror films as carried out by Dog who seems to get a deeply misogynist kick from what he doles out.  It’s this is the films second act that will be a set up for a bit of vengeance coming his way from Mia and the others she finds trapped in the grubby factory where Rubens scientific research is carried out.

Breeder partly plays on the Countess Bathory  story with elements of Hostel and a whiff of Michael Crichton’s 1978 film ‘Coma’. Falling firmly into horror territory Breeder has scenes here with violence against women that ignore just how far films have come over the past few years and what could have been a more obvious feminist revenge movie is muddied by making Dr Ruben female rather than the male figure that writer had originally intended in earlier drafts. It’s choice to go for horror rather than thriller territory is something of a missed opportunity as the well documented  real life issue of bio-hacking and such like with pharmaceutical companies  making advances in life extending research  funded by the world’s billionaires is ripe for exploration.

Brutal and bloody the Breeder blu-ray is thin on features with only a short featurette with the writer and director to supplement the film.

BREEDER IS RELEASSED ON BLU RAY ON 15TH FEBRUARY 2021