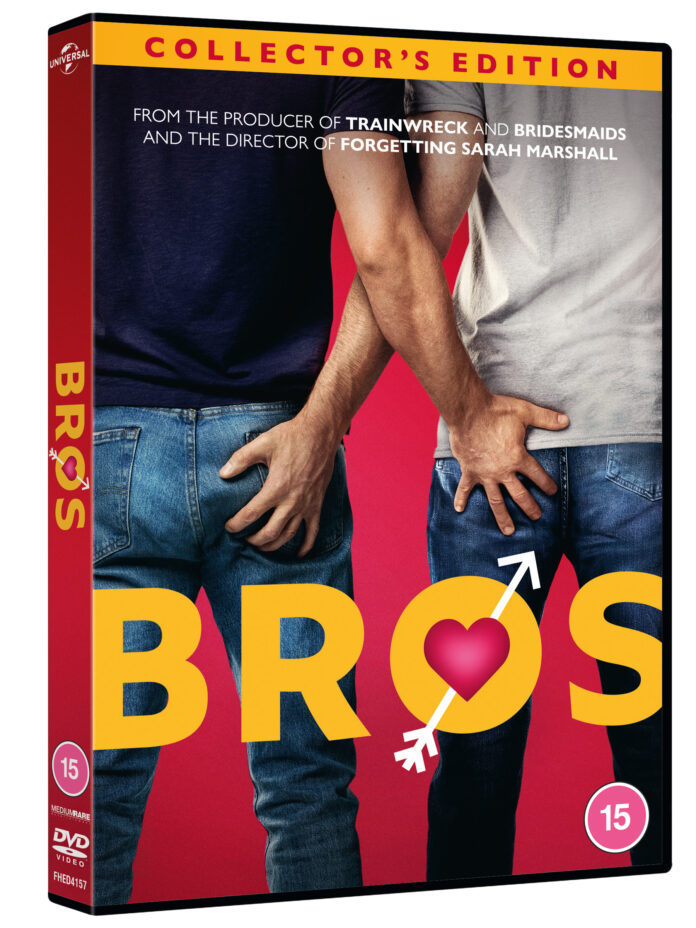 After the unintentionally hilarious 2018 documentary ‘After the Screaming Stops’ about boyband duo Bros no one was expecting a feature film drama about them. Fortunately Bros is pronounced Bro’s and has nothing to do with the twin brothers but instead is the story of Bobby (Billy Eichner), a neurotic podcast host who’s happy to go on Tinder dates and content not to have a serious relationship. That all changes when he meets Aaron (Luke Macfarlane), an equally detached lawyer who likes to play the field. Repeatedly drawn to each other, both men begin to show their vulnerable sides as their undeniable attraction turns into something resembling a commitment.

The camp brilliance of Udo Kier in ‘Swan Song’

Eichner also co-wrote the script alongside director Nicholas Stoller and Eichner was understandably proud that the film had an all LGBTQ+ cast alongside significant cameos from the likes of Harvey Fierstein (increasingly sounding like he is providing the voice of an elderly dalek), Ben Stiller & Debra messing. It was a major achievement for such a themed film from a major studio and Eichner understandably shouted it from the rooftops in the run up to the releases. Unfortunately audiences were unfussed and the film bombed on release. Eichner was soon on twitter incandescent that the film had fared badly urging all to see it unless you were a, ‘homophobic weirdo’. No one knows why films flop and in the words of the late great screenwriter William Goldman, ‘In Hollywood, nobody  knows anything’. Wearing its credentials on its sleeve Bros was going to be hard sell beyond its targeted market and its s a shame that the film didn’t do better as there are some wonderfully waspish lines and scenarios embraced with relish by its cast . Now released on DVD / Blu-ray there’s now an opportunity to visit it if you missed its theatrical release and it is well worth a re-visit too.

Emma Corrin talks about making ‘My Policeman’ with Harry Styles

Eichner’s script has some sharp one liners crossed with the sort of neuroses seen in the best Woody Allen films although as the film progresses several of the characters are given little to do beyond being basic caricatures. But at its heart there’s much to admire and enjoy with the central duo playing like a version of When Harry met Sally in a  heartfelt comedy about how hard it is to find another tolerable human being to go through life with.

– Deleted Scenes – Alt First Date / Nipple Plumpers / Calling Peter, Paul and Marty / Pride Fight / Steroid Workout / Bro Workout / Senior Center
– Gag Reel
– From Start to Finish
– The BROS National LGBTQIA+ History Museum
– Representation Matters
– Introducing Bobby and Aaron
– The Cast and The Cameos
– The Art of The Rom-Com with Billy and Nick
– The Making of a Deleted Scene – Pride Fight: The Making Of / Working Out: The Making Of

All are worth a look but are strictly of the EPK variety and the lack of commentary from Eichner and Stoller seems a missed opportunity for such a film with such a notable cast from the LGBTQ+ community.

Nell Barlow chats to us about her role in gay coming of age film, ‘Sweetheart’