Dead in a Week is one of those black comedies set around a young man’s attempt at suicide. Now we like to think that we’ve done our bit to help the suicidal in fact only recently we saw a man standing on top of a building and we managed to talk him down simply by shouting, ‘Jump!’ (‘You’re fired!’- Ed).

Dead in a week finds William (Aneurin Barnard) standing one night on a bridge over the Thames about to jump when Leslie (Tom Wilkinson)  comes across him and offers to give him a push. Not quite the good Samaritan that you might expect primarily because he is a hit man and member of an associated Guild of Assassin’s with a minimum monthly quota to fill which he’s struggling to achieve.

William’s suicide attempt goes wrong though and it’s just the latest in a long line of failed attempts to kill himself and he decides to take up Leslie’s offer of help to kill him paying two thousand pounds and opting for the quick and painless option from Leslie’s glossy brochure of death options for which he guarantees that Wlliam will be dead in a week. It’s here that the films secondary title, ‘……or your money back’ is wrong as Leslie makes it clear that the money is non refundable.

So from that you can deduce that this is a black comedy where the laughs come from William changing his mind when a manuscript for a book that he’s written and sent to a publisher has the agent offering him a contract to write it. Played by Nigel Lindsay the agent is gloriously crass and is one of the film’s best roles albeit more of a cameo.  Unfortunately it’s not the only contract William has signed having also signed one with Leslie which the hitman is determined to carry out so as to achieve his quota.

Black comedies are notoriously difficult to get the balance right and Dead in a Week is no different with a decidedly uneasy and uneven tone. So whilst there are moments which are darkly amusing (Wilkinson apologizes to a victim for not finishing her off) there are others which are just out of place (a scene where William’s parents are killed in bloody fashion in front of him is misjudged).

The films real strength is its cast with Tom Wilkinson always watchable and Christopher Ecclestone spectacularly potty mouthed as the Assassin Guild’s boss insistent on Leslie retiring. Add to this is Marion Bailey as Leslie’s embroidery obsessed homebody wife in his mundane and twee suburban home completely at odds with his job. Less successful is Aneurin Barnard who was good in last year’s Dunkirk and also in a little seen 2012 horror film ‘Citadel’ but here he’s just a bit middle of the road and Freya Mavor as the literary agent and unsurprising love interest has a marginally better role as a strong female.

Dead In a Week’s problem is for a black comedy it has a foot in the comedy capers camp (with few if any laughs) and the other foot in the dramatic park and doesn’t succeed in either. It’s a shame because the premise has promise but Tom Edmunds, who writes as well as directs, doesn’t go anywhere near as far as he should which is a surprise as Stephen Fry (whose own issues with suicidal depression are documented) is one of the producers and it’s a case of wanting to eat its cake and have it when the end credits include a Samaritans helpline. The script can’t quite decide to go all out for the bleakest of laughs and instead holds back afraid to offend. Appropriately titled, Dead in a Week is unlikely to last that long in the cinemas. 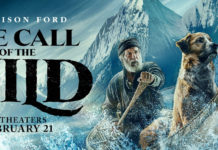 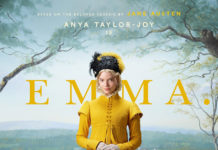 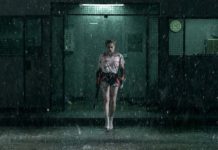