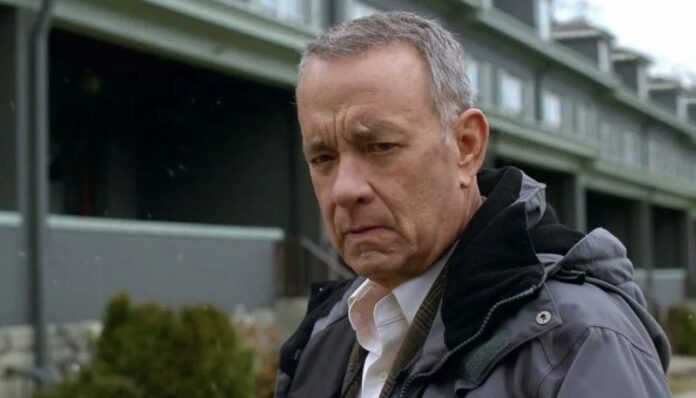 A man called Tom is A Man called Otto and the character first appeared in the international bestseller A Man Called Ove by Swedish author Fredrik Backman. Widely read around the world, the book stayed on the New York Times Bestsellers list for 42 weeks. It was then adapted into a feature film in Sweden, where it became a phenomenon; according to the Swedish Film Institute, it is the third-most-watched Swedish film of all time. It was nominated for two Oscars®, including Best Foreign Language Film.

Tom Hanks introduces chats to the audience at the Elvis premiere

Following the success of the novel in the states and the Swedish film, producer Fredrik Wikström. Nicastro set out to develop an American retelling of the film. When Rita
Wilson and Tom Hanks then saw the Swedish film, they reached out to Nicastro. The
producers would join forces, with Hanks starring and SF Studios (who produced and
financed the Swedish film) fully financing the film.

“As a producer, you’re always looking for something that hits you just right – that makes
you think, ‘I’ve got to make this movie,’” continues Wilson, who produces alongside
Hanks and his Playtone partner Gary Goetzman, as well as Fredrik Wikström Nicastro,
who also produced the Swedish film. “Like every other producer who has a great role for
an actor, who wouldn’t want Tom Hanks as their star? I felt that Tom would be the
perfect person to play that character.” It was an obvious choice that a man called Tom would be a Man called Otto

What films of his does Tom Hanks regard as, ‘pretty good’?

One of only two actors in history to win back-to-back Academy Awards® for Best Actor in a
Leading Role, he won his first Oscar® in 1994 for his moving portrayal of AIDS-stricken
lawyer Andrew Beckett in Jonathan Demme’s Philadelphia. The following year, he took
home his second Oscar® for his unforgettable performance in the title role of Robert Zemeckis’ Forrest Gump. He also won Golden Globe Awards for both films, as well as a SAG Award for the latter. Hanks has also been honored with Academy Award® nominations for his performances in Penny Marshall’s Big, Steven Spielberg’s Saving Private Ryan, Robert Zemeckis’ Cast Away, and, most recently, for his portrayal of Fred Rogers in Marielle Heller’s A Beautiful Day in the Neighborhood. He also won Golden Globes for Big and Cast Away

Here’s our review of A Man called Otto