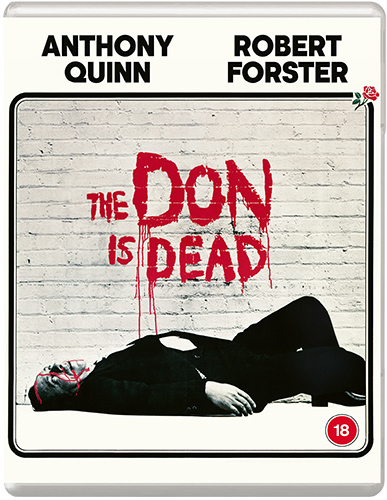 The late screenwriting god William Goldman once said about Hollywood, ‘Nobody knows anything’ and by that he meant that no one in Hollywood knew what would be a hit because if they did then every film would be a box office success. So when a film is huge everyone piles in with their version as was the case with ‘The Godfather‘ a film beset with production problems with a director on the verge of being fired each day and yet turned in one of the best films ever made in turn revitalizing a studio (Paramount). It’s huge box office success and Oscar glory saw every studio churning out its own mob movie  such as ‘The Valachi Papers’, ’Honour Thy Father’ and even a blaxploitation mob movie, ‘The Godfather of Harlem’ following in its wake none of which came anywhere near to the majesty of Coppola’s masterpiece. The Don is Dead was possibly the best of the bunch of wannabes 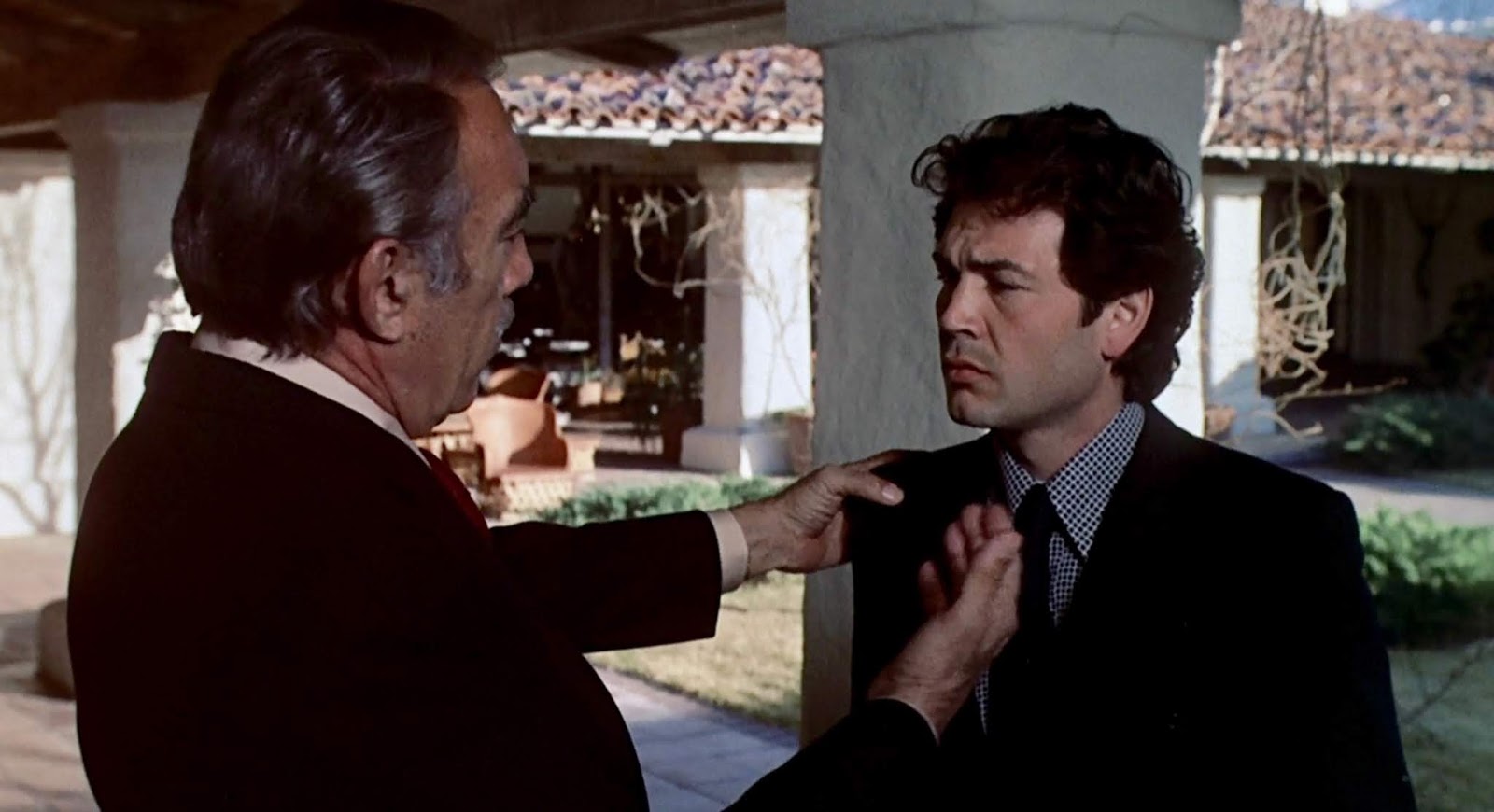 Directed by Richard Fleischer The Don is Dead picks up after the death of a Vegas family don and Frank Regalbuto (Robert Forster) now placing his loyalties with Don Angelo DiMorra (Anthony Quinn) but a rival family wants to trigger a gang war and destroy the DiMorra clan. They make Frank think that his girlfriend Ruby (Angel Tomkins) is locked in an affair with Don Angelo hoping Frank  will take revenge and  enlists hit men the Fargo Brothers, Tony (Frederick Forrest) and Vince (Al Lettieri) who have their own sibling rivalry. Frank is determined to rise to the top and wreak vengeance no matter how high the body count.

Director Richard Fleischer was both prolific and varied in his choice of films that he helmed taking in period dramas (The Vikings), thrillers (Narrow Margin), sci-fi (Fantastic Voyage / Soylent Green) , musicals  (Doctor Dolittle) war (Tora! Tora! Tora!), and real life crime (Boston Strangler  / 10 Rillington Place). He was a safe pair of hands and though he had trained in medicine his destiny was really in movies as his father, Max, was an established animator who was serious competition for Walt Disney in his early days.  Quinn as the mafia don pales in comparison with Brando’s turn and before The Don is Dead his last notable role had been in 1964’s ‘Zorba the Greek’ for which he had been Oscar nominated. The film was an early role for Frederick Forrest and really his best films were ahead of him ironically for Coppola in ‘The Conversation’ and also ‘Apocalypse Now‘. It was also an early role for the late Robert Forster and after this he would spend several years in TV series returning  for the creature feature, ‘Alligator’ (another monster movie film that rode the success of ‘Jaws’) before Tarantino gave him an Oscar nominated career boost when he cast him in ‘Jackie Brown’. 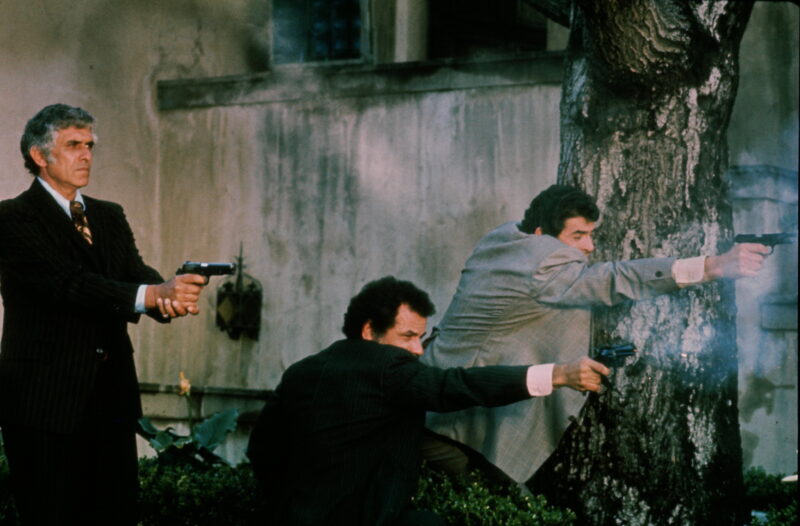 The Don is Dead has its fair share of shoot outs but no stand out moments such as The Godfather’s horses head scene and the cull of enemies owes much to Michael Corleone too. On Blu-ray for the first time as part of the Eureka classics collection The Don is Dead is thin on bonus features with only a feature length audio commentary by author Scott Harrison and the theatrical trailer but little else apart from a collectors booklet with an essay on director Fleisher

Here’s the Don is Dead trailer……..