So if Marilyn Monroe oozed sex appeal throughout the fifties and sixties her counterpart was the sweet, innocent, virginal, girl next door Doris Day.

Born Doris Mary Ann Kappelhoff in Cincinnati on 3rd April 1922 her parents split up when she was only 8 years old and she lived with her mother and learnt to dance and would have become a dancer if at 15 years old she had not been involved in a car accident which needed a lengthy recovery time. It was whilst she recovered that she began singing and it was as a singer that she started work with a big band in 1939 and it was the bandleader Barney Rapp who persuaded her to change her name to Doris Day which she reluctantly agreed to.

By 1941 aged 19 she married the first of many husbands and had a son. The marriage would not last long as this first husband Al Jordan was both jealous and began beating her and by 1943 they divorced. By now Doris Day was making her mark as a singer and in 1945 she had a hit recording with a song that was successful just as World War II drew to a close. By then she was onto her second marriage to another musician this time a saxophonist but in 1949 that too ended in divorce. But then her luck career wise was on the up and she landed her first lead role in ‘Romance on the High Seas’ after the original female lead became pregnant. Her singing audition and her girl next door looks landed her the role even though she had never acted before but it was the first of several musicals adapted for her with most of her songs sung in a nightclub performance setting. The films led to small dramas and by 1954 she starred opposite Frank Sinatra. It was one of a handful of dramatic roles she took in her career one of which she starred in with Ronald Reagan with whom became friends and shared the same political ideology.

By 1951 she had married for a third time to the manager of the Andrews Sisters and with him they formed a production company which produced her films and in 1953 she starred in her most memorable role as Calamity Jane,  a tomboy cowboy covering up her real feminine self so as to charm her secret love Wild Bill Hickok. The cowboy she played was in contrast to the 1920’s torch singer she played in ‘Love Me or Leave me’ in a role that was originally for Ava Gardner who dropped out after she refused to have her singing dubbed. By now Day had become a Christian Scientist and her role in the film had fans criticizing her for playing someone who smoked, drank and wore revealing outfits. After briefly returning to musicals she would appear in Hitchcock’s ‘The Man who Knew too much’ a Hollywood  remake of his own earlier film. It was not a demanding role for her and the film was carried by James Stewart and is memorable mainly for a climatic sequence assassination attempt at a concert and also for Day singing ‘Que Sera Sera’. 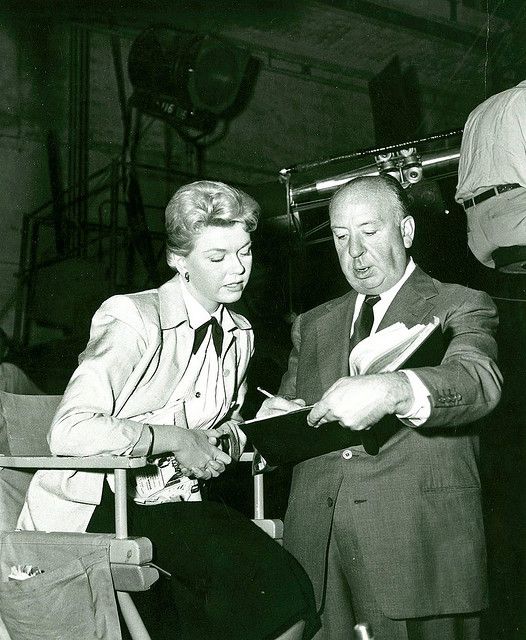 But it was the three films she made with Rock Hudson from 1959 to 1964 that she is best remembered. The three films, ‘Pillow Talk’ ( for which she would receive her only Oscar nomination), ‘Love Come Back’ &’ Send me no flowers’ were regarded as a little bit risqué yet sophisticated too and the films earned her the tag of the world’s oldest virgin yet her role in them had her playing the upper hand wanting things on her terms whilst Hudson continued in such roles in a bid to hide his homosexuality which would come crashing to the world’s attention when he became the first high profile victim of AIDS when he passed away in 1985. 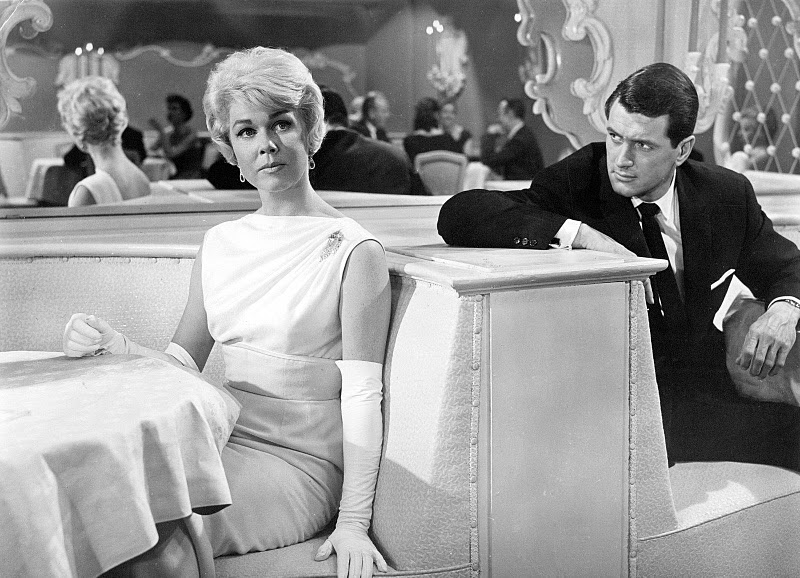 By the Sixties she was one of the highest paid and most popular female film stars but her final role would be in 1968’s bizarrely titled  ‘With six you get eggroll’ but it was a role for which she was really by now too old to play and had made the mistake of turning down the part of Mrs Robinson in The Graduate but she justified her decision saying that rolling around with a man in bed half her age offended her values. And that was the problem because by the end of the sixties Hollywood had changed dramatically and her type of role in a film was one that was rarely being made. But 1968 would see her husband die  and to add to the tragedy Doris Day found that he had squandered most of her money and she had a nervous breakdown. 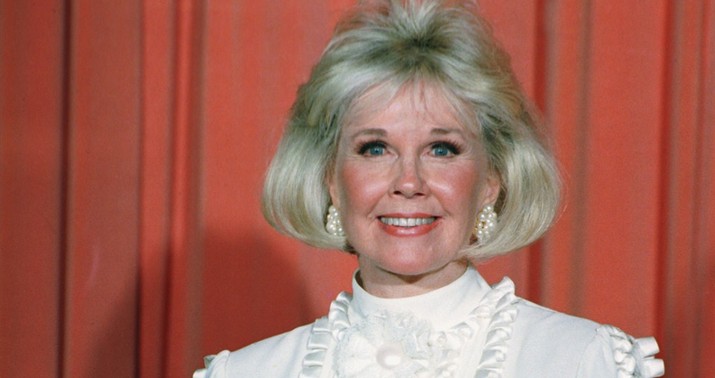 After recovery she reluctantly hosted  ‘The Doris Day show’ only because, unknown to her, her now late husband had unknowingly contracted her to do it and in 1974 the lawyer who had set up the deal and mismanaged her business was sued by her for $22m. After this she had effectively retired and devoted herself to animal welfare and charitable work for them. Her home became home to a load of cats and dogs many of them strays and her fourth marriage in 1976 ended in 1981 because she seemed to care more for the animals than she did for her husband. Or so he said.

She was often courted to appear in films but turned them all down including offers to accept lifetime achievement awards apart from a Golden Globe in 1989 devoting herself to her animals and staying out of the public eye until more tragedy followed in 2004 when her only son died. She decided to release some previously unreleased recordings in 2011 on an album titled ‘My heart’ her first in almost twenty years and was a huge hit seeing her back on the Billboard charts for the first time in 50 years.