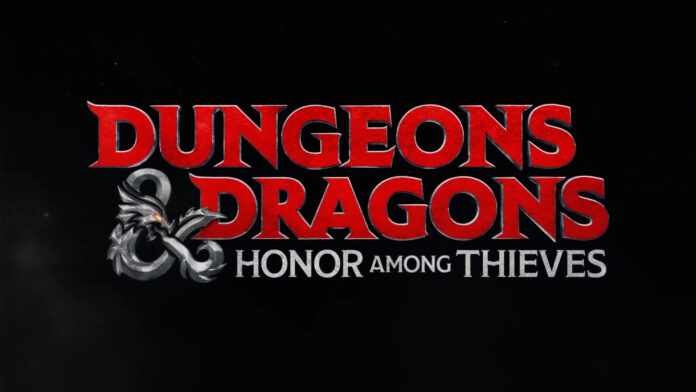 Now rightly or probably wrongly Dungeons and Dragons has always struck us the sort of game played by the sort of person whose photo appear in the newspaper above the caption, ‘Police have yet to recover his victims body‘ but we’re reliably told that that’s not the case. Though we’ve had a Dungeons and Dragons film quite some years ago which was all a bit sombre and po-faced this reboot Dungeons & Dragons Honour Among Thieves seems a lot more along the lines of Thor Ragnarok even going so far as using a Led Zeppelin track in the trailer. Comic Con in San Diego and was kicked off with the Dungeons & Dragons Honour Among Thieves trailer which was shot in Northern Ireland during the first lockdown

The Dungeons & Dragons Honour Among Thieves trailer features Chris Pine (as a bard), Michelle Rodriguez (as a barbarian), Justice Smith (as a sorcerer) and Sophia Lillis (as a druid) as a band of thieves attempting to rectify a mistake that unleashed a great evil upon their land. They encounter all manner of fantastical creatures — and Regee Jean Page, as a rakish paladin who (seemingly) joins their quest.

Directors John Francis Daley and Jonathan Goldstein teased that the film features at least one cameo from a well-known “D&D” player as well as multiple Easter eggs from the game. The films opens on 3rd March 2023