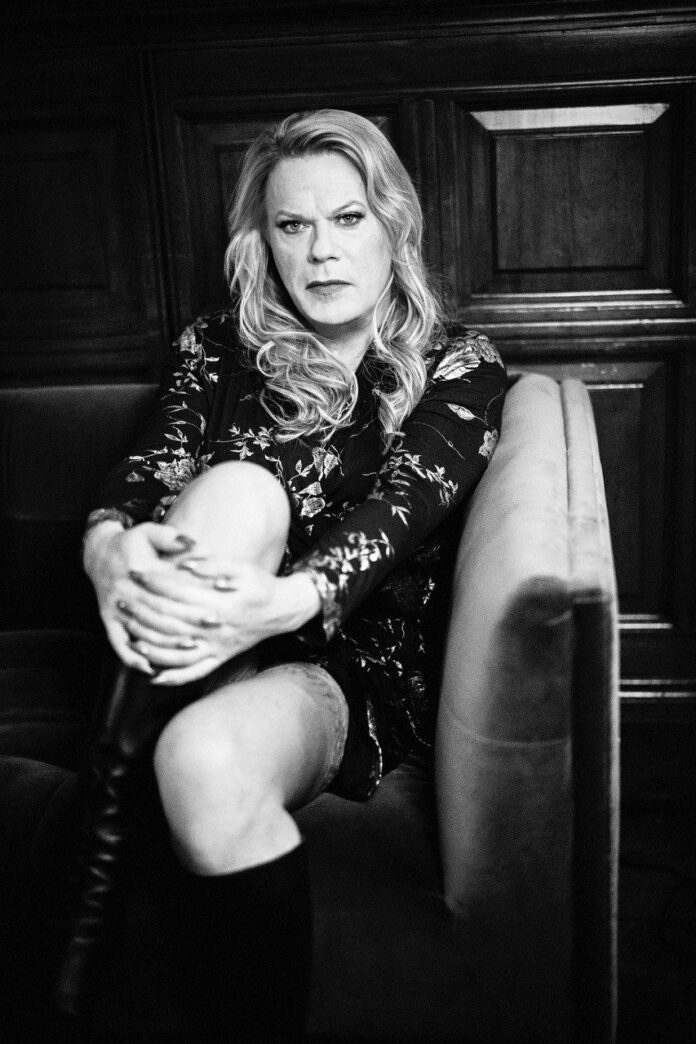 So the story of Dr Jekyll and Mr Hyde is a well known and oft filmed story with countless films and variations and currently filming is the latest interpretation. And the twist here is that Eddie Izzard is Dr Jekyll or specifically Dr Nina Jekyll!

Directed by Joe Stephenson the film is a a modern interpretation of Robert Louis Stevenson’s 1886 story.  Dr. Nina Jekyll is a recluse who finds friendship with her newly hired help, Rob, played by emerging actor Scott Chambers (2015 film “Chicken” also directed by Stephenson) and they must work together to prevent Hyde from destroying her life.

It’s easy to see the appeal for Eddie Izzard who has always been up front about wearing what is regarded as ‘women’s’ clothing and we’ve often bumped into him on London’s tube in such attire. He is something of a polymath and having made his name as a stand up comedian he has toured his show in different languages, In addition he has stood for election as London Mayor, run a marathon every day for a month and also appeared in a number of high profile films that included Oceans 12 & 13, ‘Valkyrie’ with Tom Cruise as well as the Hannibal TV series

The screenplay is by first time writer Dan Kelly-Mulhern and will be the first film from the newly formed Hammer Studios Ltd that came to fruition with the iconic horror label striking a deal with distributor Network Distributing. Filming is already underway with a title of, ‘Dr Jekyll’ and will also star Morgan Watkins and Robyn Cara.

Eddie Izzard is Dr Jekyll……. Dr Nina Jekyll and is expected to hit screens in 2023.