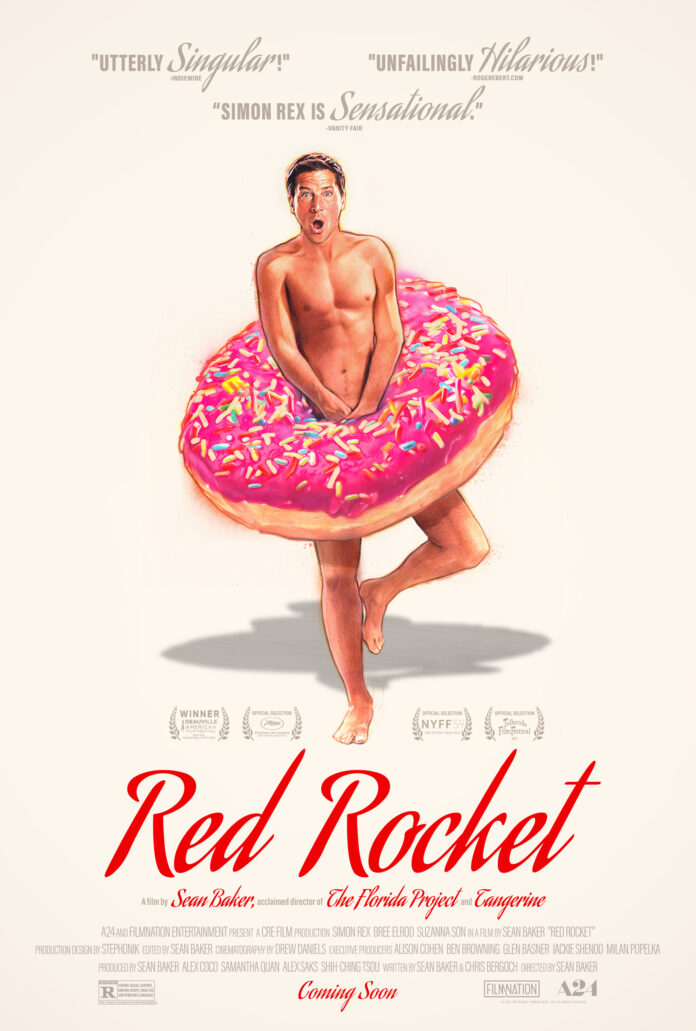 With his feet under the table he soon gets them into the bed of his estranged wife too. Having to pay rent he has to find a respectable job and his interviews find him willingly revealing his former job encouraging potential employers to look him up on the internet proudly boasting of his adult awards (Best Oral  – although he seems to have assumed he’s won believing that receiving rather than giving made him eligible). Unlike his former career no one will touch him and instead he resorts to selling weed. Mikey in true fading star ways can’t leave his past glories behind and falling for a young girl Strawberry (Suzanna Son) working in the doughnut shop sees her as his ticket back to the big time. It’s this part of the story that threatens to derail the film as his dreams of being a talent scout for a girl barely turned 18 is a little queasy but is salvaged by Son’s great performance where she sees LA as an escape.

Inevitably for Mikey, the dreamer – schemer, things go awry as he drags unwitting innocents into his money making, career relaunching ideas and is encapsulated as a visual metaphor in a cataclysmic moment that leaves a trail of destruction in his wake. There’s a certain irony in the film being set in 2016 with snippets of Trump heard on the TV in the background and himself something of a shyster and surely now looking at the mess he left behind (and Biden failing to address effectively because it probably coincides with his afternoon nap).

Red Rocket is a little overlong but Simon Rex turns in a great lead performance as does Suzanna Son in writer-director Sean Baker’s follow up to his Oscar nominated The Florida Project and whilst this is not as good it has a raucous and raunchy charm.