Elizabeth Harvest is another film starring MAW (model – actress- whatever) Abbey Lee in career which started with high profile films Mad Max Fury Road and a starring role in The Neon Demon but of late has found herself in straight to video films such as the recent Outlaws and now Elizabeth Harvest. As the far younger wife to her older husband Ciaran Hinds a man of seemingly immense wealth if his enormous designer house is anything to go by (although the phones don’t seem to work merely so as to service a plot point). “He’s got a brilliant mind what does he see in a simple girl like me?’ she says which is exactly what the audience want to know too. In fairness it’s difficult to know what she sees in him when he comes up with dreamily romantic lines such as, ‘There’s a corruptible quality about you’ – a line that would surely have every bride-to-be running for the hills.

Apparently recently married he carries her across the doorstep he gives a guided tour around the cavernous home where they arrive at a particular room where he gives her strict instructions never to go in as that is his private room to work in. Now if our Editor is anything to go by that’s what he tells his wife about his study as an excuse to keep her away from his dog eared collection of Razzle and Health & Efficiency back issues (‘You’re fired!’ – Ed) So obviously when he’s out she goes in to find……..well that would spoil it but writer director Sebastian Gutierrez spins an entertaining if daft sci-fi thriller that holds attention even if it is somewhat far fetched. 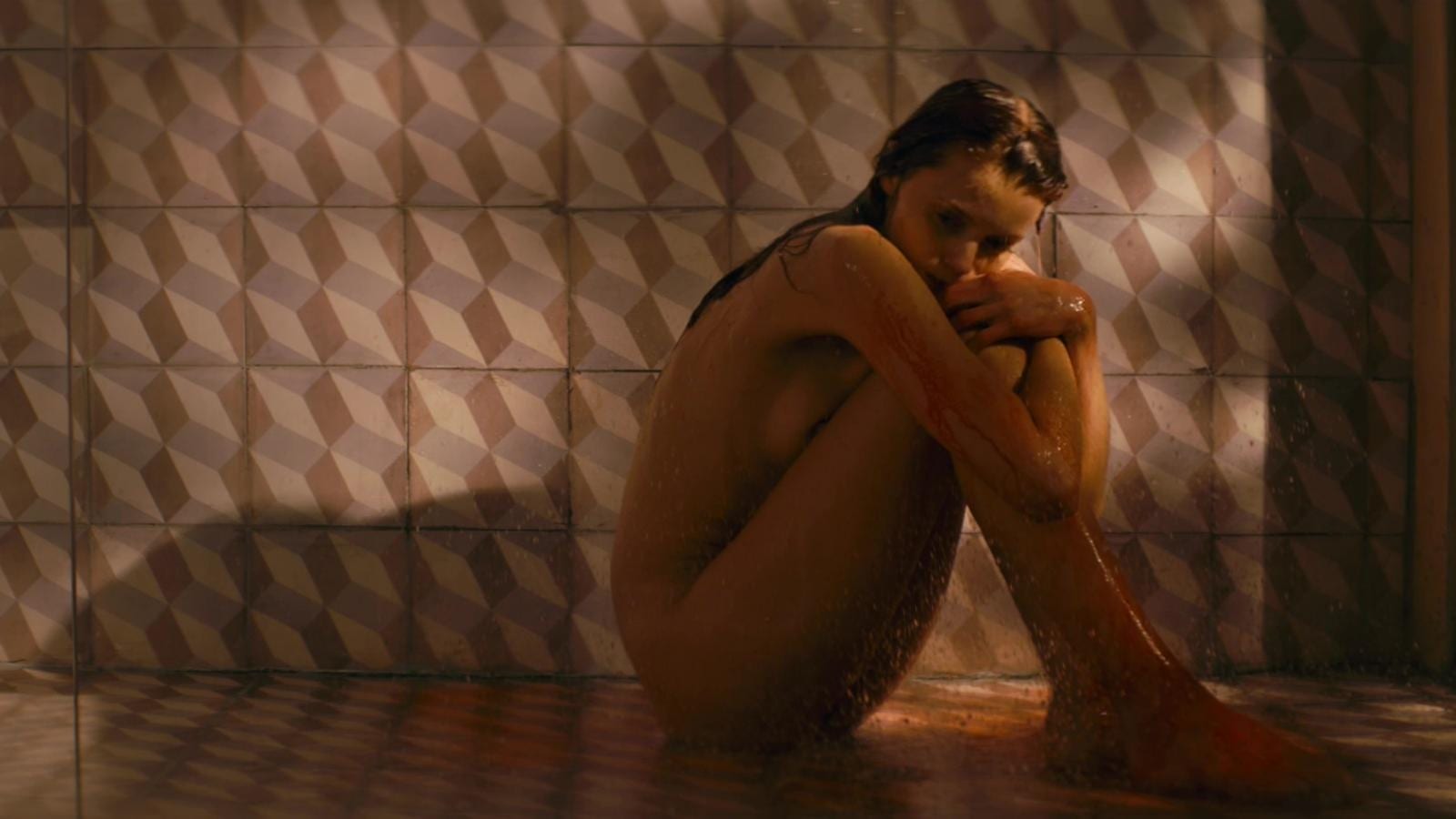 This is very much a star vehicle for Abbey Lee who’s easy on the eye and spends much of the film wandering around the house in a new wardrobe of new clothes like a catalogue model who’s lost or she’s at the other extreme and wanders around the house with her kit off. Models turned actresses usual prompt an eye roll from audiences and its hardly helped here when she delivers here lines in the first few scenes in such a wooden manner that presumably she only went into make-up for a fresh layer of Cuprinol. However when the plot kicks in her performance all makes sense.  So whilst she brings the sex appeal Hinds, as might be expected brings, the class in a film that benefits from his presence. With a supporting cast of Carla Gugino as Claire who knows more than she’s letting on (though she seems contractually obliged to be naked too) and Matthew Bear as Oliver a man handicapped by blindness and, if this is anything to go by, acting talent too. 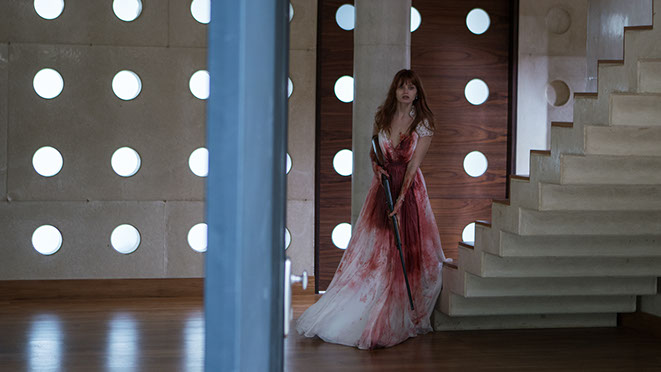 Sebastian Gutierrez has made a film with enough twists to keep you engrossed with his script jumping back in time to make sense of what is happening and he employs frequent split screen during action sequences – a technique we’ve not seen since the best of Brian DePalma’s early films.

Arriving on VoD Elizabeth Harvest is a bit of hokey sci-fi melodrama with hints of Daphne DeMaurier’s Rebecca.

ELIZABETH HARVEST IS RELEASED ON VoD ON 1ST APRIL 2019