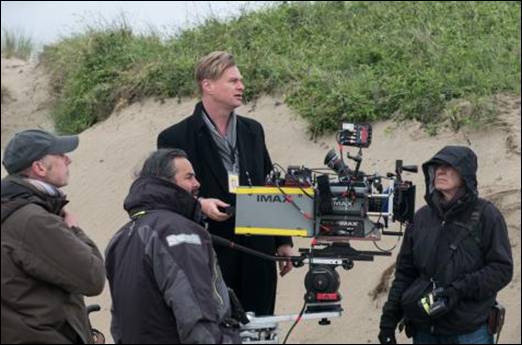 We’ll have  our review of Christopher Nolan’s new film, ‘Dunkirk’ up next week as usual but until then here’s a little piece on his love for filming in IMAX (and it really is a film to see in IMAX).

Ahead of the upcoming release of Dunkirk on July 21st, IMAX released today a special Behind The Frame featurette with never-before-seen footage and commentary from Director Christopher Nolan, Director of Photography Hoyte Van Hoytema, Producer Emma Thomas and Editor Lee Smith on how they pushed the limits of what’s possible using IMAX cameras on land, air and in the sea to deliver audiences an unforgettable cinematic experience.

“The immersive quality of the image is second to none. We really try and create the sensation that I would describe as a virtual reality without the goggles.”

Following his use of IMAX cameras in The Dark Knight, The Dark Knight Rises and Interstellar, Christopher Nolan designed Dunkirk for IMAX – capturing a majority of the film with IMAX’s 15perf 65m film cameras, the highest-resolution cameras in the world at 18k resolution. Exclusively in IMAX theatres, scenes shot with this camera will expand to fill the entire screen, allowing moviegoers to see up to 40% more of the image with unprecedented crispness, clarity and color saturation for a truly immersive experience.

“We started to invent stuff to make it possible to put the cameras on planes and in the cockpits.”