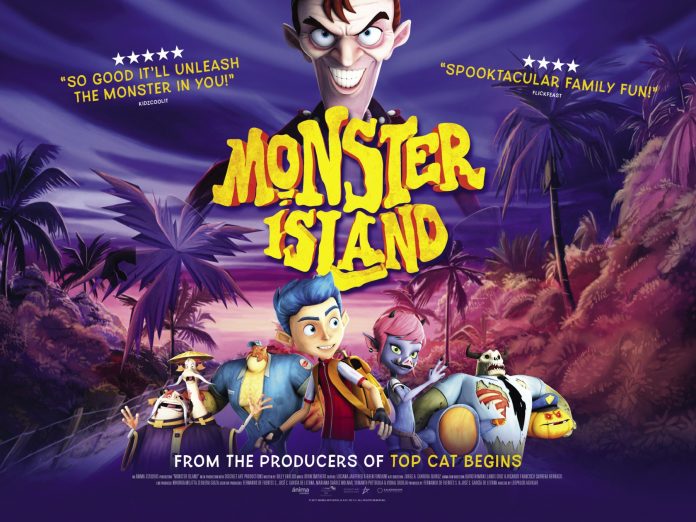 With the school summer holidays upon us it’s the usual deluge of kids films to flood the cinemas and so we have Monster Island not the 2004 Carmen Electra horror comedy but a Mexican animated children’s comedy –  so no prizes for guessing which film Dad’s would want to sit through.

Here a boy who lives with his father finds that if he doesn’t take his medicine each night he unexpectedly turns into a monster. A subtle precept by the writers which most parents will identify with although we wish it was the opposite for our Editors kids, Adolf and Damian, who are already little monsters and we’d like to see turn back into decent well behaved kids…. but we digress. With this the lad goes off to a mysterious island beset with other monsters, one of which looks like he has a giant scrotum on his back, to try and find out why this is happening and to find a possible cure….and yes there’s the inevitable love interest.

This is one of those films that has been designed in 3D but shown in 2D and has sequences which would benefit from being seen that way. Written by Billy Frolick, which must either be a stage name or cockney rhyming, the story is a little disjointed but with its bright colours and kid friendly monsters which owe a little to ‘The Island of Dr Moreau’ it’ll keep your own little child monster hybrids engaged for its 80 minutes running time.