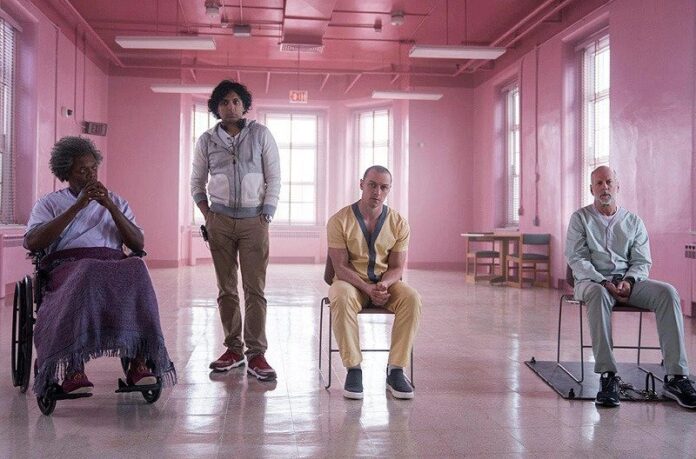 Twice Oscar nominated writer-director M Night Shyamalan and his movies are known for their unexpected plot twists at the very end and had become something of a trademark for him. And while he had something of a career slump with a run of flop films that started with 2006’s The Lady in the Water followed by The Happening, The Last Airbender and After Earth all increasingly expensive and all increasingly bigger flops but success returned with 2015’s The Visit a film that went back to basics costing a meagre $5m and went on to earn over $98m worldwide.

Cara Delevingne talks plot twists in, ‘Only Murders in the Building’

A native of Philadelphia he was used the city as a location for many of his films with Unbreakable, Split and Glass becoming a trilogy with Bruce Willis appearing in all three – most unexpectedly in Split. Each film was a box office success earning $248m, $278m and $246m from very small budgets But currently doing the round for Knock at the Cabin the director has revealed that The Visit and Glass were to be connected. The Visit had two elderly psychiatric patients who posed as the grandparents of the visiting children.

Our review of, ‘Glass’

“There was one tie-in that I almost did. It was in Glass when they all got to the mental institution. I was going to tell a story about The Visit and how two people escaped from that same hospital. I was going to do it, but I chickened out,” Shyamalan reveals.

What the film makers did to that beach in ‘Old’

It seems a shame as that would seem to have been able to be done as a quick throwaway line but hey! what do we know? Knock at the Cabin opens shortly and is another adaptation after his 2019 film ‘Old’ and promises to have audiences shocked at how the film about the apocalypse will pan out.