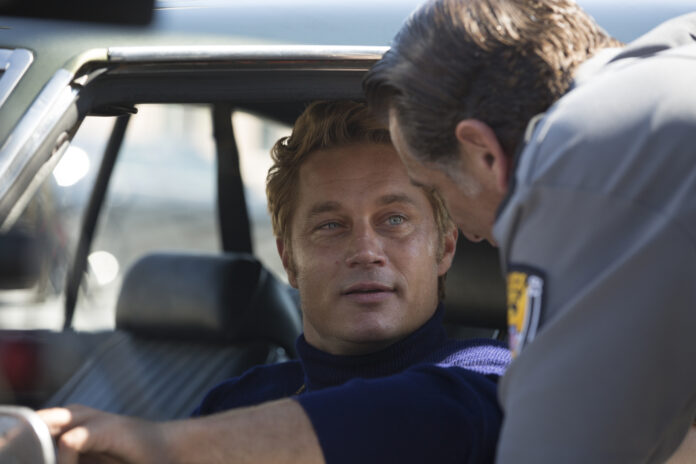 The early 1970’s saw Richard Nixon as US president bought down by the Watergate scandal compounded further by a secret stash of money made up of illegal contributions and even blackmail money in a remote unassuming California bank. Thankfully since then we haven’t had a money obsessed President with cash in secret bank accounts or even refusing to make his dodgy tax returns public …….oh! Anyway Finding Steve McQueen is based on a true story where back in 1972  Nixon’s illicit stack of cash thought to be in the region of $30million was sitting in a small town bank and comes to the attention of a gang of bank burglars.

Picking up in 1980 its Steve McQueen (Travis Fimmel) who meets his girlfriend Molly (Rachael Taylor) sporting a Debbie Harry in Blondie era get up and at the time the bleach blonde beauty was poster pin up on every red blooded lads bedroom wall that, out of necessity, would have been laminated. They meet in a diner where, having ordered every dessert on the menu, he has come to confess to Molly that not only does he appear to be determine to contract Type 2 diabetes but that his name is not Steve McQueen but rather Harry Barber and that he was one of the gang that burgled the bank and stole the money eight years previously.  It’s no surprise that she thinks it’s some sort of elaborate ruse to break up with her though nowhere near as bad as the time our Editor broke up with a girlfriend by taking her on holiday to Australia,  putting her on the plane, hiding in the toilet leaving just before take off only for her to find out it was a one way ticket. 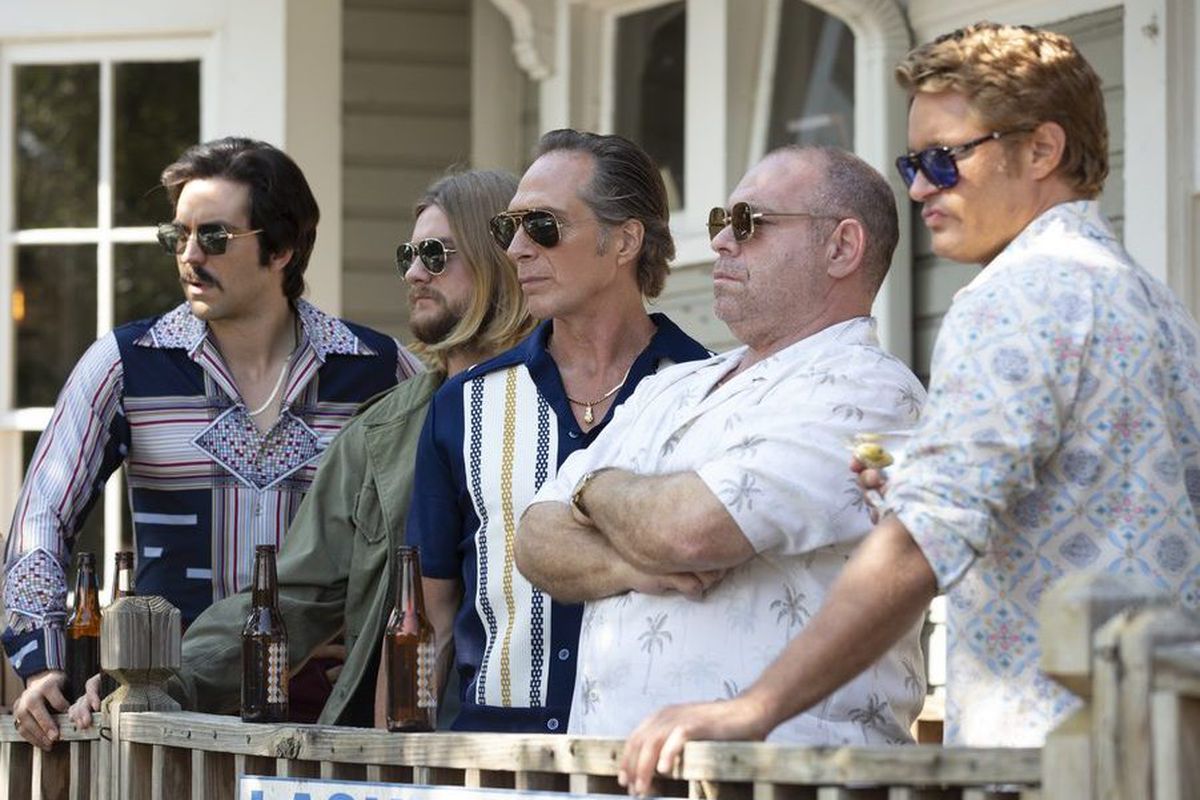 From here the film rewinds to 1972 when the burglary happened and Barber is roped into it by his dodgy boss Enzo (William Fichtner)  at the Ohio garage where he works. Barber is a bit of a fantasist and Steve McQueen obsessive recreating the car chase from Bullitt but continually caught ending up with unlimited traffic tickets and in an attempt to evade the fines he changes his name to the film stars – about as good an idea as a celebrity opening of a skate park by Stephen Hawking. So when the gang spend a weekend breaking into the bank and stealing the contents of the safe deposit boxes it’s the local police led by Detective Howard Lambert played by doggedly earnest Forest Whitaker in another senior cop role he seems to regularly play. The proceeds from the bank job made it still one of the biggest in US history and it’s a simple yet not obvious mistake that the gang make that ruins the perfect job. But its Barber who evades the police for years and it’s a job made no easier for Lambert when his superiors allude to the links to the President’s office and suggest he may well want to take his foot off the investigation. 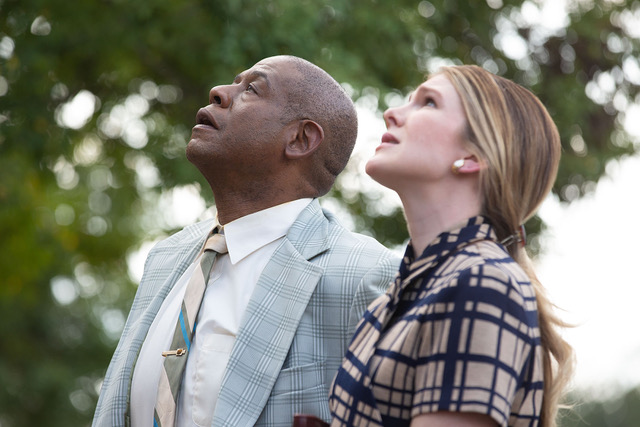 Flitting back and fore between the bank job and the dinner scene Finding Steve McQueen loses pace in a saggy middle section in what is not an especially thrilling heist and it’s actually the investigation and the connection with Nixon’s office that is of more interest. Instead the film focuses more on the love story between Barber and Molly. It’s an intriguing story but not as engrossingly told as it could have been despite its brief 90 minute running time.