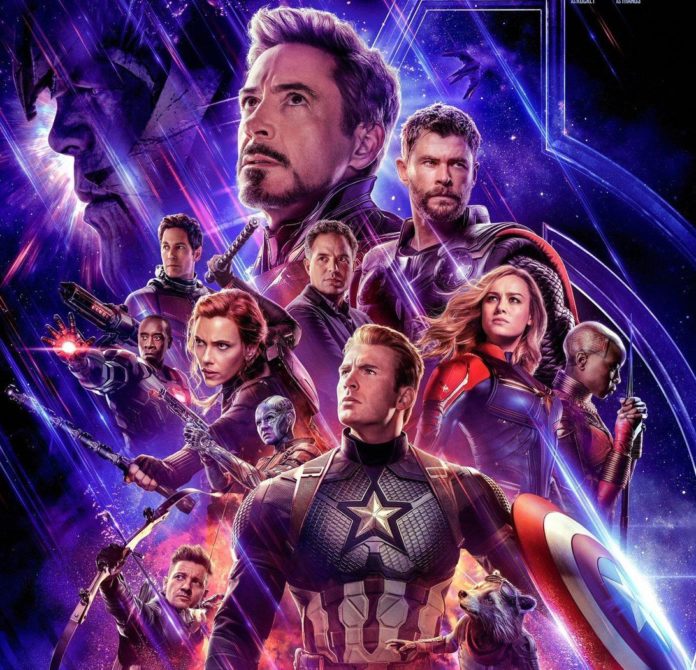 So 11 years after Iron man first appeared Marvel bring their cinematic universe full circle to a natural close with Avengers Endgame. With the remaining Avengers still reeling from the devastation of Infinity War it was an ending that no one saw coming and was a brilliantly bold move and Avengers Endgame right from the start begins with an equally bleak opening.

Thanos has decimated half the universe and it’s down to Iron Man et al to defeat him and set the universe back on course. Now at this point with Iron Man trapped on a broken space craft in deep space that we found ourselves staring at Robert Downey Jr in his shades thinking he looked like Tim Burton’s younger slightly smarter younger brother but we digress. It’s him, Black Widow, Captain America, Thor , Antman, Hawkeye and Hulk who here is a giant green eloquent David Banner that go about getting the gang back together to take on Thanos and its not spoiling anything to say that to do so they must somehow go back in time at the behest of Antman having escaped a quantum field. To that end Avengers Endgame does require a certain knowledge of not just the last film but several of the other films in the back catalogue because one of the best aspects of this (and there are many) is that the film revisits scenes from previous films an reworks them for a different outcome for the team to achieve their objective and it’s this that propels the plot with Thanos himself able to adjust his own objectives and actions that had been seen in the Infinity War. There’s a real sense here that the outcome could go either way.It’s that which makes the story so engaging with satisfying riffs peppered with a lot of funny lines.

Directors Anthony & Joe Russo are keen to emphasize the hashtag #Don’tSpoiltheEndgame and that’s totally understandable because there are moments in the film which for the dedicated fans are astonishing with a gut punch of an ending that will have some in tears in another bold move by Marvel the likes of which you just don’t expect in a major blockbuster juggernaut. It’s one of several moments that come out of the blue but equally there are moments that will have audiences whooping and cheering.

With a running time of 3 hours it might be seem as an indulgence but so much goes on in Avengers Endgame that its wholly justified and the time flies by to such a degree that you can’t quite believe that it is that long. Avengers Endgame has got just about everything right and even the Stan Lee cameo which has grown increasingly irritating is satisfying and not a glaring distraction and for once there is no end or mid credit sequence which is right as it brings the enormous story that this includes so many characters to an appropriate end in a franchise that has got it right much of the time. It’s a perfect end and its hard to see how this could ever be topped.

And here’s some footage we took at the London premiere of every Marvel film poster from Iron Man to Avengers Endgame…….